Home Music Bands Listen to This! Sole surviving Heartbreaker Walter Lure punks out with The... 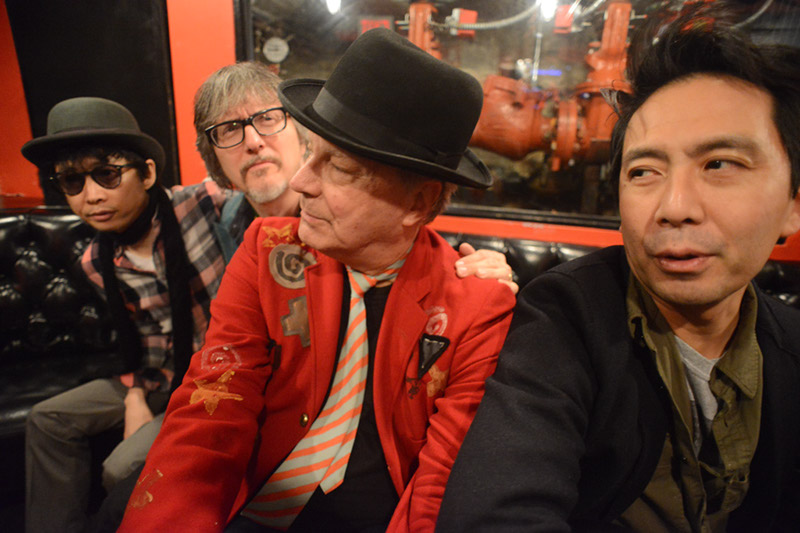 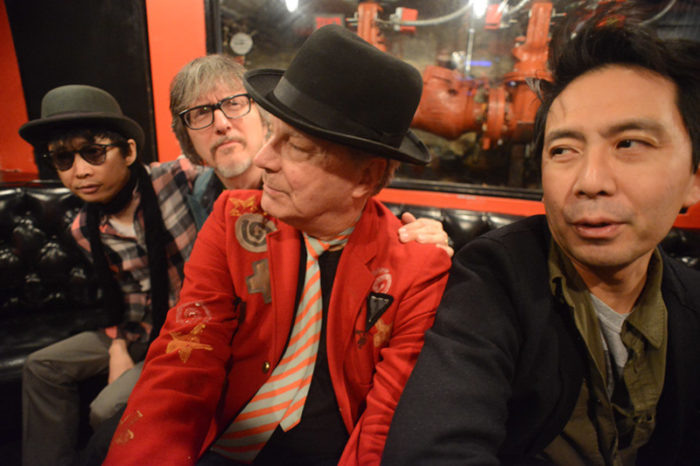 If you know much about the history of punk music, you are already well aware of the important place occupied by Walter Lure, an original member of The Heartbreakers, who were among the small handful of bands that spearheaded the first wave of punk rock.

In 1975, Walter Lure became an original member of The Heartbreakers as guitarist and vocalist, joining ex-New York Dolls’ Johnny Thunders and Jerry Nolan, together with Richard Hell (of Television), who was later replaced by Billy Rath. Lure was playing with glam-punk band The Demons when he joined The Heartbreakers and earlier played with anarchic Bronx hard rock group Bloodbath in the late ‘60s and early ‘70s. So his punk roots ran deep. The Heartbreakers are also most famed in the UK as the band who supported the Sex Pistols on their 1976 Anarchy Tour just as the UK punk scene was building momentum.

Fast forward to 2018, Walter Lure is putting out a new album with his band The Waldos, which formed in 1994 from the ashes of The Heartbreakers following the Johnny Thunders Memorial Concert that year. Three Heartbreakers – Walter Lure, Tony Coiro and Joey Pinter – were joined by Jeff West in releasing ‘Rent Party’, The Waldos’ debut album.

Recently signed to Cleopatra Records, Walter Lure & The Waldos will be releasing their new album ‘Wacka Lacka Boom Bop A Loom Bam Boo’ – the first new album in two and a half decades from this legendary guitarist and vocalist.

Ahead of this, we have the honour of premiering ‘Damn Your Soul’, the second focus track of this album and an original Walter Lure & The Waldos track. This new song comes on the trail of lead track ‘Crazy Kids’, the accompanying video for which includes excerpts of the forthcoming full-length film ‘Thunders: Room 37’, dramatizing the final days of Lure’s former bandmate Johnny Thunders.

While this is a new track from the band, ‘Damn Your Soul’ is a stunning and welcome kickback to the earlier days of The Heartbreakers with all the spunk of this band, plus The Sex Pistols. It, like ‘Crazy Kids’, share this similarity. When speaking earlier about this latter song, Walter Lure noted, “The opening chords have a hint of a Sex Pistols feel to it and that was definitely on purpose. I remember discussing the high A major chord with Steve Jones of the Pistols on the Anarchy tour. It has lots of open strings reverberating with the higher notes.”

These are the only two songs streamable so far from the forthcoming album. Both serve to remind us of just how solid Walter Lure still is in the world of punk – living it already now as living incarnate for more than 40 years.

Their new full-length also features killer new versions of Heartbreakers classics ‘London Boys’ and ‘Take A Chance On Me’. Other notable tracks include ‘Lazy Day’ and ‘She Doesn’t Love You’.

“This is my first release of new songs in 25 years or so since the last Waldo’s album. That might seem like a long time but it really only feels like a few years-life seems to contract over long periods for some reason,” says Walter Lure.

In 1977, The Heartbreakers released their first and only studio album ‘L.A.M.F.’ The band’s 1977 song ‘London Boys’ is a swipe at the Sex Pistols, in response to the Pistols’ song ‘New York’, a put-down of the New York Dolls. After The Heartbreakers’ “official” breakup in 1977, the band would often reform, continuing to play the occasional gig right up until Johnny Thunders’ death in 1991.

Lure worked with The Ramones on their albums ‘Subterranean Jungle’ (1983), ‘Too Tough To Die’ (1984) and ‘Animal Boy’ (1986), released a single with The Blessed, and also started a number of bands, including The Hurricanes and The Heroes, before ultimately founding The Waldos.

‘Wacka Lacka Boom Bop A Loom Bam Boo’ will be released on August 17, but it is already available for pre-order via Bandcamp on both CD and red vinyl with reverse-board jackets. On September 6, Walter Lure & The Waldos will hold their record release party at Bowery Electric in New York. Tickets can be obtained here.