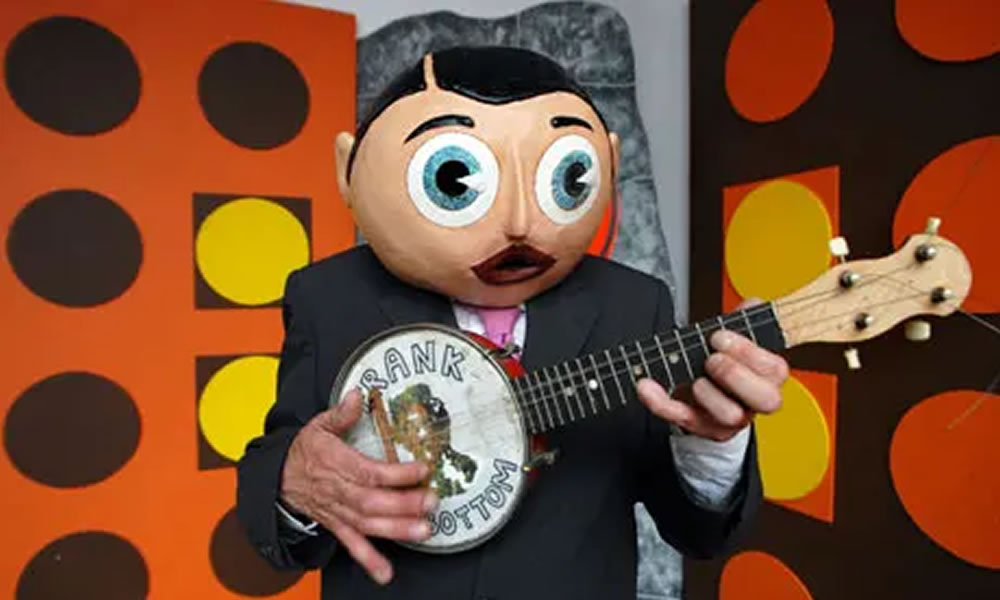 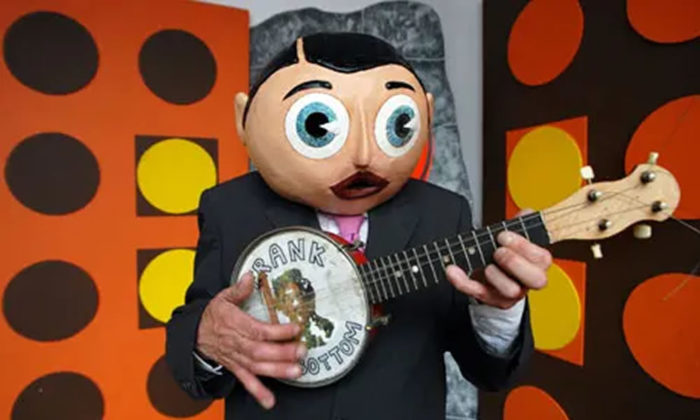 It’s Frank Sidebottom week at Louder Than War, our review of the film went out at the end of last week and his exhibition Bobbins is currently running at Central Library Manchester until the end of April. The film gets its premiere in two sold-out showings at HOME in Manchester this Friday evening! Which of course, we think is really fantastic! So, to celebrate I thought I’d put together the top 10 Frank Cover versions as chosen by me! Nigel Carr – aged 35 ½ (Not really)

Frank recorded some great cover versions during his long and illustrious recording career. So here they are in no particular other than that we are a punky type site so those obviously are the best, they really are!

10. Life in a Northern Town

A track off Franks 1985 EP, Oh Blimy It’s Christmas, Life in a Northern Town was the Dream Academy hit, also from 1985. Singer Nick Laird-Clowes went on to work with David Gilmour on the lyrics for Pink Floyd’s Division Bell before reconvening for shows in 2016. This is a fan video!

Another track off the same EP, In The Summertime, was originally a hit for Mungo Jerry in 1970. Written by Ray Dorset. Dorset also wrote I Feel Like I’m In Love for Elvis Presley who sadly died before he could release it. It was eventually recorded by Kelly Marie who had a worldwide smash with it in 1980.

A track which needs little introduction apart from the fact it was the name of a god awful film released last year about Queen, the track appeared on Frank’s EP Franks Firm Favourites in 1985

The David Bowie song which formed the centrepiece of his 1971 album Hunky Dory was released on Frank’s Sci-Fi E.P. from 1986. Frustrated at losing the writing gig for My Way, Bowie wrote what he considered to be a similarly epic song.

A version of the Kink’s song Waterloo Sunset but with far better subject matter, Timperley Sunset appeared on Frank Sidebottom’s Timperley EP from 1987. A line from the song sits on the plaque which is anchored to the ground beneath Frank’s statue in Timperley!

5. For The Benefit Of Mr Kite

The Smiths’ track, released as a single in 1986 and featuring those radio friends lyrics ‘hang the DJ, hang the blessed DJ’ the song was perfect for Frank’s sense of subversion. His version came out on his Panic EP in 1993 and credited to ‘The Sidebottoms’ with the lyrics ‘panic on the streets of Timperley’.

The Fall classic which charted at number 57 in 1987. This version on Frank’s Proper Telly Show  in b/w in 1997 is by Frank’s supergroup, featuring David Soul, Happy Monday’s Paul Ryder and ‘Little Frank’ as ‘Little Mark E. Smith’.

2. Love Will Tear Us Apart

The Joy Division classic released in June 1980 was performed as part of his Manchester Music Medley at various venues – this one is at The Leadmill in Sheffield in 29 May 2010 less than a month before he passed away. The song segues wonderfully into The Fall’s How I wrote Mr Elasticman and Everyday Is Just Like Sunday etc

1. Anarchy in The UK

The Sex Pistols debut from December 1976 came just 4 months after their TV debut on Granada’s So It Goes. Signed to EMI for 50 odd grand, they were quickly thrown off the label and picked up by Virgin via a very short stint on A&M.
This wonderful version by Frank was released on his Frank’s Firm Favourites EP in 1985. It loses nothing of its ferocity (well maybe a bit) as it spits out Anarchy in Timperley! It also featured as track 11 on the legendary NME only cassette Tape Worm from 1985.

The official site is here: https://www.beingfrankmovie.com/