Home Music LISTEN! Fat White Family Announce details of the release of the... 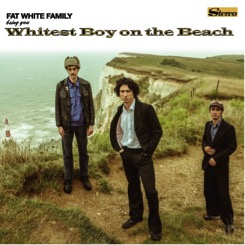 Listen to ‘Whitest Boy On The Beach’ here:

The Fat White Family have announced details of the release of Whitest Boy On The Beach, the first track from their forthcoming second album. The single is released on Friday 15th January 2016 on the band’s own Without Consent label.

The band release their second album, Songs For Our Mothers, on Friday 22nd January 2016. It follows their hugely acclaimed debut album Champagne Holocaust, which was released in 2013.

Finally, having recently announced a Christmas show at the Bussey Building in Peckham, south London, the band also play a number of dates around the UK in December. A full UK tour will be announced shortly.