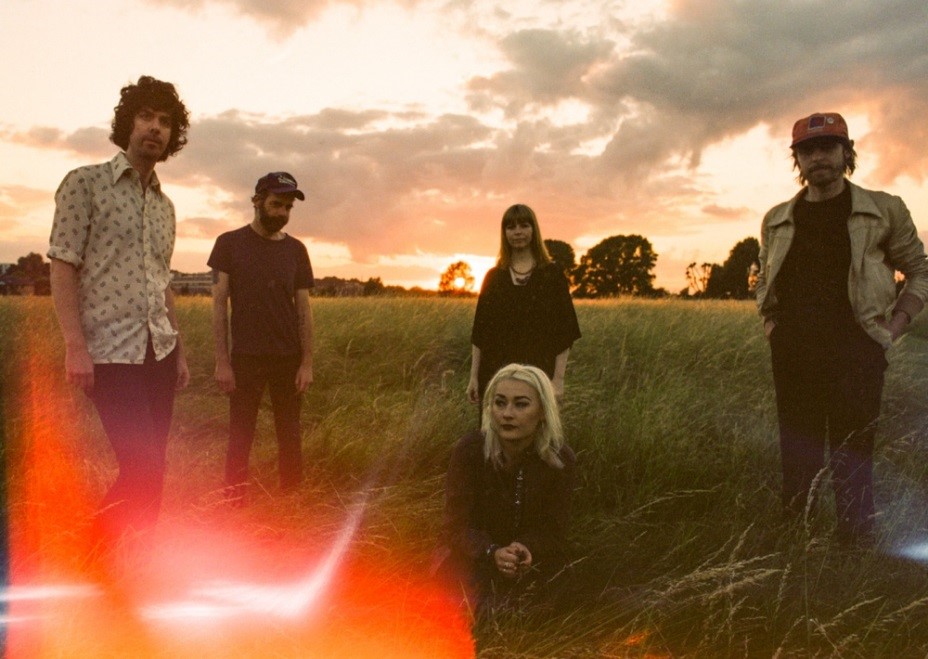 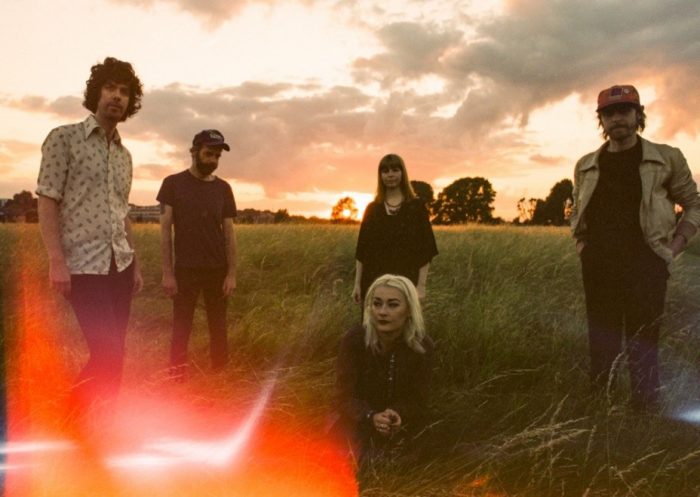 London-based psych-rock quintet Bonfire Nights who recently released their soaring new single, ‘Easy Touch’, have anounced details of their forthcoming album. The track is a fine representation of the upcoming record, with ethereal soundscapes that pour over powerful drums and infectious vocal melodies.

On October 21st, they release their thunderous debut album, ‘Entopica Phenomica’. Nine tracks of groove-laden stoner jams, shimmering guitars, and the boy-girl vocal harmonies and pop hooks that set the band apart from many of their contemporaries.

Formed in Australia by Steve Foster and Ruth Nitkiewicz, Bonfire Nights packed their bags in 2011 and trekked to London for the promise of the big city lights. They hit the ground running, taking their brand of champagne shoegaze on the road for their first UK tour. The following year saw them journey to the United States for showcase events at SXSW and in New York City, with a couple of blistering college house-parties in between.

Back in the UK, they headed into the studio with Olly Betts of The Duke Spirit to lay down the groundwork for the pulsating neo-psych juggernaut ‘Ego Death’, which was released as a split 7” with Tripwires on Bad Vibrations Records. Sessions from this time also include the brooding and haunted ‘Low’, mixed by Ian Davenport (Band of Skulls, Supergrass) and featured on a limited edition compilation cassette from Fluffer Records.

The band have also put together an exclusive ‘Summer Psyche’ playlist for Louder Than War. Some of these tracks are old favourites, some are new discoveries, some by dear friends. Maybe a little too dark in places to be considered ‘summery’, but there is still plenty that shimmers and would provide a fitting soundtrack for any summer-time jape.

Broadcast – Pendulum
It’s fascinating how Broadcast produced their eerie sounds. The drums for this song were recorded in a church and distorted overdubs were added through a fuzz guitar pedal. Reportedly, Trish Keenan recorded vocals with a cardboard box over her head. It’s these kind of experimental techniques we strive to use in the studio (haven’t tried the cardboard box idea though).

Moon Duo – Motorcycle, I Love You
The coolest husband and wife team in psych music. The locked-groove drums, the cosmic fuzz, the wobbly organs: just hearing this puts one in an altered state of mind.

Fela Kuti – Zombie
There’s many a neo-psychedelic band that owes their existence to Fela Kuti and afrobeat. The grooving intro lasts five minutes before the vocals kick in. This is probably the most upbeat track in the list, but the lyrics are far more political and subversive.

The United States of America – The American Metaphysical Circus
Thoroughly unsettling, the song begins with a sound collage reminiscent of that noise when your radio is jammed between two frequencies, and different sounds clash on top of one another (maybe not such an issue in the digital age?). We used similar techniques on our record, from field recordings and samples, as our first attempt at musique concrète.

King Gizzard & the Lizard Wizard – Cellophane
Damn if everyone in the UK doesn’t know these guys by now. Anyone that has seen them will attest to their ballistic live shows.

Kikagaku Moyo – Kodama
As a ‘Gaijin’ travelling in Japan, it’s fascinating how they have embraced Western culture but you get a sense they may have surpassed everything we do. This song is so simple and gentle, yet the rhythmic pulse gets your toes tapping.

Status Quo – Pictures of Matchstick Men
First heard this song as a kid on a 60s compilation record, with no idea who the Quo was. But it got me: the phasing effect, the wah wah guitar. We tried similar flanging effects on previous tracks, which is the beauty of recording on tape.

Spiritualized – Hey Jane
Sounds like a three minute pop song, but then descends into this cacophonous breakdown before riding out an almost gospel-like ending. The official video is a bit NSFW, a bit of a contrast to the warm fuzziness of the song.

Lola Colt – Boom Boom Blasphemy
We first supported these guys a few years ago and have been friends ever since. This track still gives me shivers – you can almost taste the peyote.