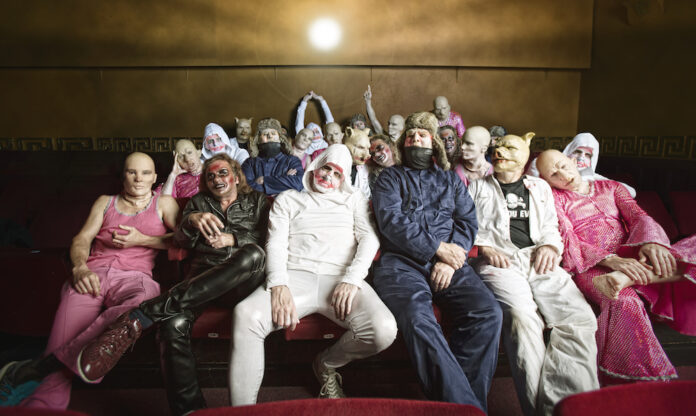 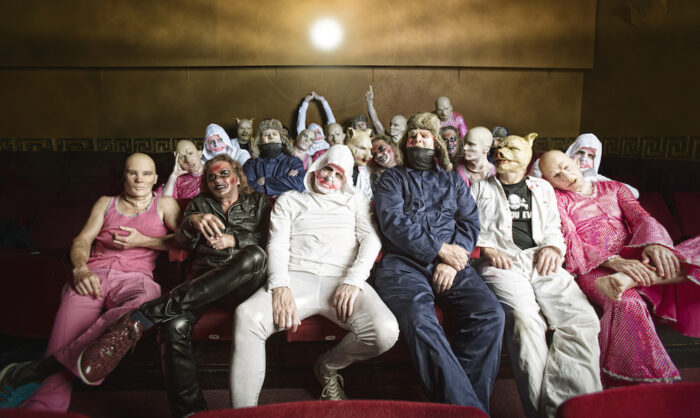 Those masked marauding architects of cacophonic, bombastic, psychedelic bass bothering rock have been at it again, by which we mean making another album of unrivalled and quintessentially unique rock music which we here at Louder Than War will be releasing on our own label on October 9th (something you may know already as we ran a teaser video for the album just a few days ago). Read on for more details about the album – not for the faint hearted of course – a stream of the masterful first track off it, titled Sacrifice.

Everybody Come To Church is the new album from Evil Blizzard. To say it’s been eagerly awaited in many quarters is an understatement, something we reckon fellow North-West based musician Mr Mark E. Smith, who’s been heard to say of the Blizzard ““I like Evil Blizzard, they give me hope that music is alive and kicking” will no doubt agree with. The Guardian are also huge fans of the band having featured them on their cover and describing them as “…a fearsome collision of Hawkwind, krautrock, molten noise, dazzling psychedelic lights and weird, gnarly looking masks.”

Everybody Come To Church has been produced by Richard McNamara from West Yorkshire indie band Embrace. Like everyone who sees the band live playing their terrifyingly gnarly set of propulsive brain-mangling tunes (“something like Motorhead pile-driving Nirvana and Jesus Lizard” as we once described them) Richard was so “…blown away by what he had seen and heard that he offered to record the band’s next album.” Fair do’s we say.

Filthydirty, one of the band’s bassists (they have four on a good day) says of Richard’s desire to produce the band…

“He pretty much begged to produce us. Initially we were a little hesitant as there seemed to be few musical similarities between the two bands but after several meetings it was apparent that Richard had some incredible ideas and a vision of how to capture the chaos and energy of the live shows; something that was lacking on our debut album. Evil Blizzard thrives on chaos and it was great to have a Captain at the wheel.”

From the press release we learn that the album was “recorded live in one day with minimal overdubs at Magnetic North Studios” and that “Everybody Come To Church is a fierce, spontaneous outburst of evil noise.” Like we’d expect anything less. They had only four songs written before entering the studio and the rest of the album just ‘happened’ around ideas they’d had knocking about. “Everybody Come To Church features eight tracks of brooding, sinister psychedelic rock that will melt your mind and soul. You have been warned” concludes the press release. Amen to that.

And so to the first proper taster off the album. Evil Blizzard acolytes (of which there are many) will already be familiar with it as it first saw the light of day as a single released by our friends over at Rocket Records. The rest of you are in for a treat, so click play, sit back and prepare to enter the world of Evil Blizzard.

Below the track you can find the full track list alongside a host of live dates which the guys have in the pipeline for later this year.

Everybody Come To Church track-listing:

When it goes on sale you’ll be able to find the album at the Louder Than War shop. 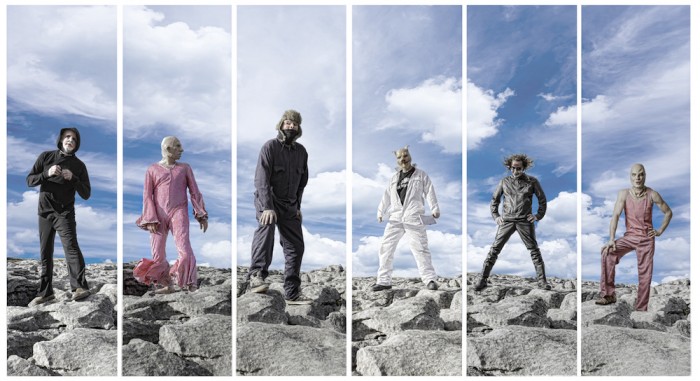