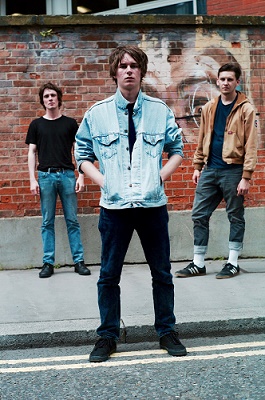 Despite 2016 being little more than halfway through, East London’s False Heads have enjoyed something of a whirlwind past few months. Earning lofty praise from the likes of Iggy Pop, Ramones-manager Danny Fields as well impressing Libertine Gary Powell enough for him to offer them a deal on his 25 Hour Convenience Store label.

Coming quickly off the back of a hectic and anarchic show at London’s Roundhouse, the trio are pleased to premiere the latest cut from their stable. Slew is three-and-a-half minutes of the band’s trademark snot pop, a track which posses enough wonky guitar licks and deranged vocal yelps to send Black Francis running for a cold shower. You can stream Slew below: