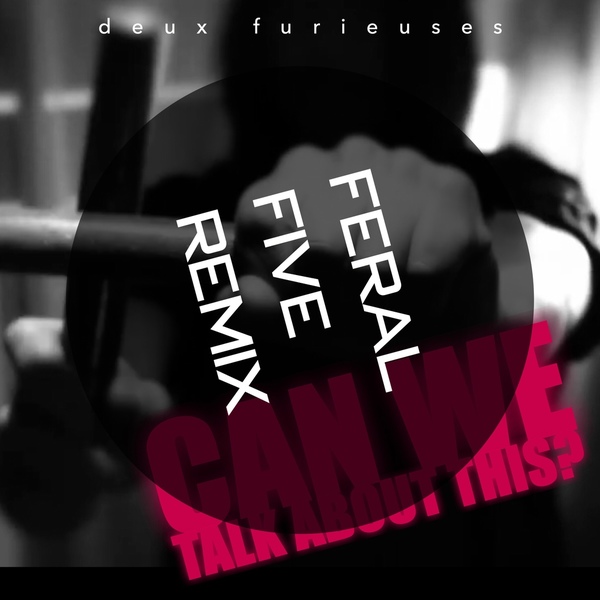 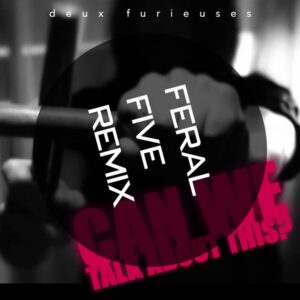 Deux Furieuses, the duo described as already surpassing Savages in terms of pure menace are set to release a version of their 2014 single Can We Talk About This? remixed by Louder Than War regulars Feral Five.

Ros and Vas, who release their highly anticipated debut album soon have enlisted the help of Drew and Kat to dismantled and re-assemble the track in true D.I.Y. spirit. The ballsy guitar and furious percussion has been updated spliced in dramatic section together with the repeat of strap line ‘I never could’ to create a true monster of a remix.

Sounds previously lower down in the mix have been brought to the fore in an exciting post-punk techno affair that is sure to have your feet moving and ready to get up and dance. With a bassline very reminiscent of the might Doug Wimbush.

Deux Furieuses formed just two years ago and have already built up a strong following as well as enlisting the help of Rob Ellis (PJ Harvey, Placebo, Scott Walker) to produce their album. Brought to together ‘on a fucked up mission to respond I words and music to the times we are no living through’, make your own mind up:

And here’s the original version to complete your listening pleasure: