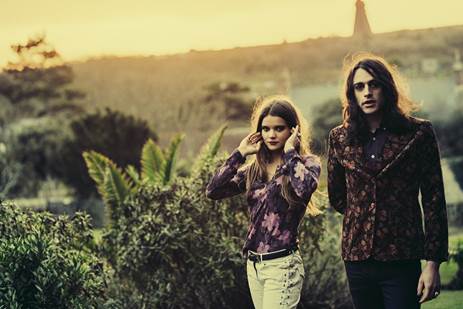 Clever Thing have already amassed a heavy arsenal of blistering tracks and cemented their place as one of Brighton’s favourite live bands, but a single listen of ‘Fixer Upper’ confirms this as their boldest output yet. On April 28th the bands follow up single to last years ‘In A Tissy’ will be released via DIY purveyors of local psych, Be Pacific.

The strikingly angular track is a primitive delight – lyrically sharp and a frenzy of jilted riffs and dense bass. Together with B-side ‘Major Swing’ (an equally intoxicating piece with loose, explosive guitar delivery that could rival Jack White), Clever Thing are primed to satisfy any restless soul with their visceral rock’ n roll abandon.

Fronted by Rich Fownes and Daisy Coburn, the band draw inspiration from spiritual forefathers Billie Holiday and Black Flag. While that might sound chaotic, the result is remarkably precise in attitude and intention.

Having individually been acquainted with some of Brighton’s greatest exports – Bad For Lazarus, Pink Lizards, The Eighties Matchbox B-Line Disaster & UNKLE – the new outfit conspire here into an expansive and refined phenomenon, occupying, in the words of Lost In the Manor, “a twisted sensibility and raw power that would leave any Iggy and the Stooges fan salivating.”