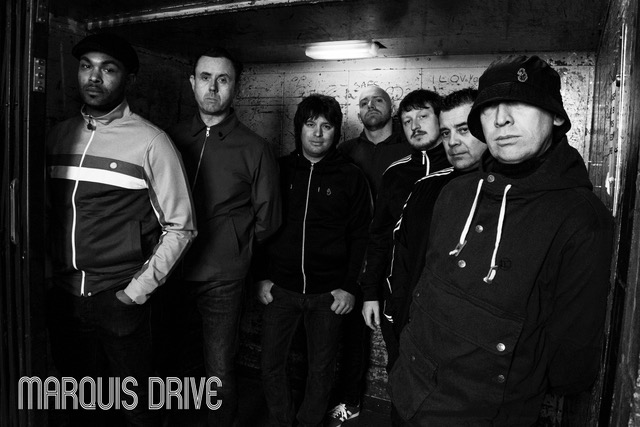 Cannock-based sextet Marquis Drive drop video for Shine On, the second part of their double A side single release.

Cannock band, Marquis Drive have just released a new double A Sided single “Shine On” and “Unite” They want to help you to escape the 9 to 5 and remind you that there will always be a Friday just around the corner….

They write about frustration, dreams and hard work. The songs are upbeat to the point of euphoria, the anthemic choruses are set alongside the verses of everyday life.

Formed under a wandering star somewhere next to a Wetherspoon’s, the 7-piece indie band are born of a mutual love of football, clothes and great music. They boast a truly epic sound, in part thanks to range of guitar, percussion and vocals while harboring a truly loyal set of fans, who continue to grow number and become part of the extended weekend family.

Known well throughout the UK, high profile performances at summer festivals and venues have put them on the lips of indie royalty, having built their strong reputation up and down the country supporting major acts such as; The Farm, Reverend and the Makers, The Wonder stuff, Shed Seven and many more.

The past 6 months have been somewhat of a whirlwind for the band and has seen them land a licensing deal based on their first release and 3 clothing endorsements.

With high-profile gigs and more single releases planned this year, the hard working Marquis Drive will be earning their reputation amongst the masses as Indie’s worst-kept secret.