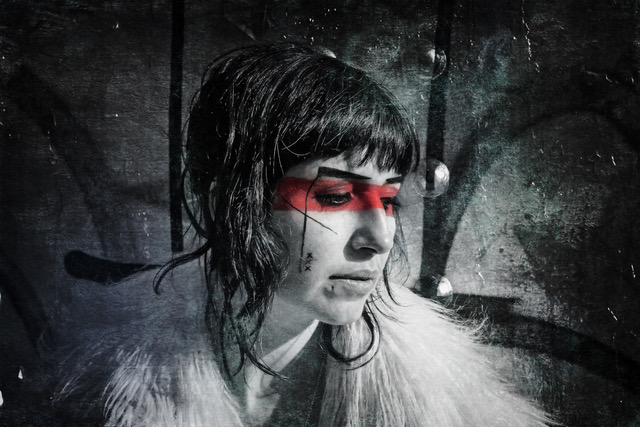 There’s no denying that Birmingham’s MeMe Detroit is an appreciator of the louder things in life. With her previous single Get Down on With Me coming off as “an uncompromising three minutes of riotous riffing and ballsy bottom end”, she exhibited a rich musicality that was deftly balanced against the inherent swagger of snarl of the track. Latest single Churchside Inn however, feels less refined yet twice as dangerous. And we mean that in the best way possible.

Eschewing the blues-driven backbone of her previous release, Churchside Inn goes straight for the juglar; her trademark snarl and sleaze, not to mention her appreciation for paint-stripping levels of distortion, waste little time in establishing the track’s fuzz-soaked aesthetic. While feeling notable more DIY than the previous single, it wears its garage punk heart proudly on its sleeve, it careers, crashes and stampedes its way to its conclusion with a wild and wilful abandon; even its sludgy breakdown adding its own edge of danger in to the mix. Stream it below: