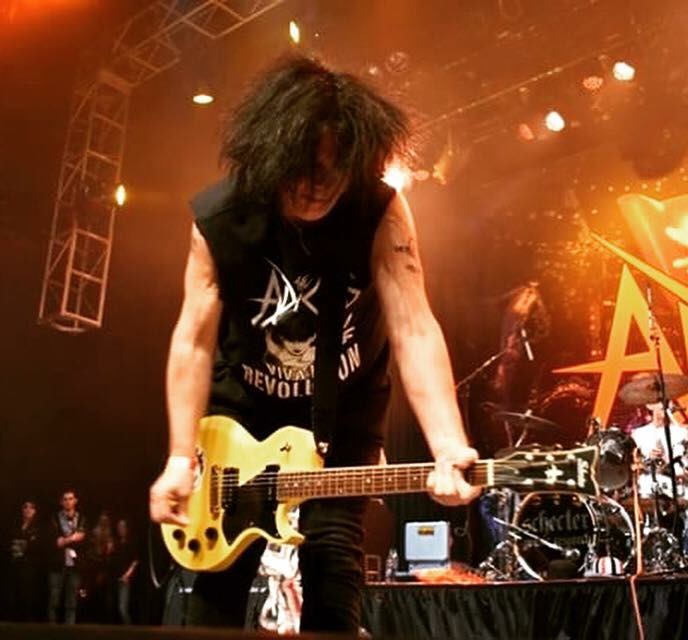 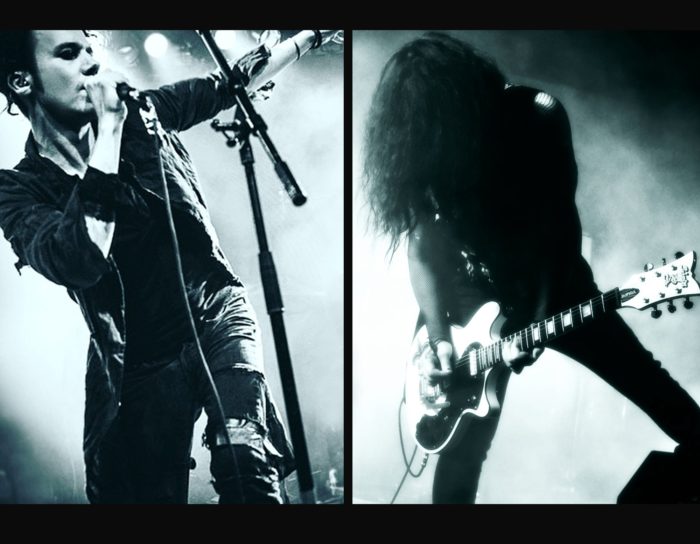 LA-based Beauty in Chaos has announced the debut album ‘Finding Beauty in Chaos’. Born of frustration and creativity, this is an audio assemblage curated by LA-based guitarist Michael Ciravolo and engineer/producer Michael Rozon. This colossal work is previewed by the lead single ‘Storm’ featuring Ashton Nyte (The Awakening, MGT).

“I look at this as an evolving entity that I am the ‘curator’. For this album, ‘Finding Beauty in Chaos’, I am the only guitarist and no keyboards are used, but you will hear loads of textures created from guitars and effect pedals. This is a convergence of textures and styles that I envisioned blossoming,” says Michael Ciravolo.

“Assembling, or in some cases, disassembling beautiful soundscapes, melodies and chords, while injecting harsh bursts of sonics … or visa versa. Light in the dark, dark in the light is the contrast that helps in realizing the goal of creating something musical that is also very visual and cinematic.”

Originally from New Orleans and now based in Los Angeles, Michael Ciravolo has played guitar in Human Drama for the past 30 years, most recently on ‘Broken Songs for Broken People’ (2017). Perhaps best known as President of Schecter Guitar Research, he has also played live and recorded with Michael Ashton’s Gene Loves Jezebel since 1998, along with Tish Ciravolo (wife and founder of Daisy Rock Guitars).

The lead track ‘Storm’ was co-written with and features vocals by Ashton Nyte, who also collaborates on another two tracks on this album. This, like many of the tracks on this album, features layers of alternative rock bliss, crowned by powerful and penetrating vocals.

‘Storm’ is about seeking a light in the proverbial dark, destructive and tediously distracting world we find ourselves in. “And the storm can wait, wait outside for another sacrifice”.

“I sat down with the intent to write something that would encompass all elements of what I wanted this record to be … a mixture of beauty via chords and textures with an interjection of a little chaos and brashness,” says Ciravolo.

Originally from South Africa, Ashton Nyte is a pioneer of alternative music in his home country. The frontman of The Awakening, he recently collaborated with Mark Gemini Thwaite (Peter Murphy, The Mission) on MGT’s debut solo album, not a surprising collaboration considering The Awakening’s extensive touring experience with The Mission.

“Storm is the first song Michael and I wrote together and it happened rather effortlessly. Musically and lyrically, the artistic synergy was perfect… it felt like it was made for my voice and instantly inspired lyrics and vocal melodies we are both proud of. Michael has a wonderful sense of mood and melody and his songs are a lush landscape for me to add what I do best, in a very fluid, natural way,” says Ashton Nyte.

This record was mostly recorded and fully mixed at Ciravolo’s SAINTinLA Studio by Michael Rozon, who Ciravolo says “is a world-class engineer, mixer, producer and musician, who pushed me to give my better-than-best on every note. A true sound alchemist, he encouraged me to explore the sounds and textures in my mind.”

In addition to the full version of ‘Storm’, which is now available in streaming, excerpts from three tracks off the album can already be previewed on the Beauty in Chaos website. These include ‘Man of Faith’ (featuring Wayne Hussey and Simon Gallup), ‘Finding Beauty in Chaos’ (featuring Ashton Nyte), and ‘I Will Follow You’ (featuring Evi Vine).

‘Finding Beauty in Chaos’ will be released on September 21. It will be available on vinyl via 33.3 Records and digitally across online stores and streaming platforms. It can already be pre-ordered here.