Home Music Bands Listen to This! Atlanta’s I Am A Rocketship announce New album 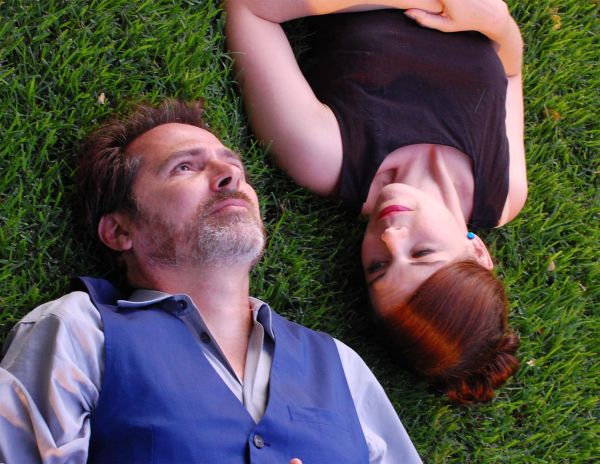 Today Louder Than War is pleased to present you the latest output from I Am A Rocketship, an Atlanta duo whose sophomore album offers a heady convincing mix of indie rock, psychedelia and trip-hop.

A Swedish-American electronic rock duo who is currently based in Georgia, I Am A Rocketship’s second long-play ‘Mind Grafitti’ was foreshadowed by their powerful first single ‘Face Off’, which they have indicated is their tribute to the Led Zeppelin milestone album ‘Physical Graffiti’.

With a solid mix of cool Scandinavian vocals, pop hooks and unique take on their musical approach, this latest offering from the tandem of L E Kippner and Eric Weissinger presents a worthy listen for fans of The Kills and Curve, and Portishead and Sneaker Pimps are also worth mentioning here. This is a quite a welcome discovery to start of 2019.

Layering dark lyricism and fuzz guitars over pop grooves, they create a notably attractive hybrid sound. Their music is ideal for dancing the night away on an ancient sailboat manned by robots, lost at sea. The ‘Mind Grafitti’ album follows their debut long-play ‘Mission Control’, released in 2016.

Recorded on a notebook computer over the course a year in various locations, ‘Mind Grafitti’ includes 13 songs, including 12 original compositions and one distinctive cover of Rammstein ‘Du Hast’.

“We don’t have any illusions about fame or success in what’s left of the music industry, so we made Mind Grafitti as a mixtape for ourselves. If others like it, that’s great, of course. There are a lot of influences or genres thrown in there, which is why it’s like a mixtape, with the acoustic guitar bits and cheap drum machines and arena-metal guitar and trap beats,” says guitarist and principal songwriter Eric Weissinger.

“All the songs are about confusion: about mind graffiti, all these beautiful and ugly thoughts hitting us and colouring us, leaving us trying to make sense of it. Also, we spelled it “Grafitti” because it looked better on the cover.”

As a bassist, guitarist, and singer, Eric Weissinger had opened for bands such as The Wedding Present, The Black Crowes, James, Cracker, and Portastatic. After playing on an Anne Richmond Boston album featuring Syd Straw, Marti Jones, Don Dixon, and Terry Adams, he took a break from music until a chance meeting with L E Kippner changed everything.

A college radio DJ, choir member, cellist and singer for Swedish synth-pop duo Neobox, L E Kippner’s musical background could hardly have been more different than Eric’s. Nonetheless, their shared love of Rammstein and Bob Dylan led them to form Hitchcock Blondes in Cleveland, Ohio. They then moved to Atlanta, creating I Am a Rocketship to free themselves from the restrictions of conventional bands.

‘Mind Grafitti’ drops on February 21 via the band’s own My Long Wknd imprint. The album, which will be supported by local and regional live performances, is available for pre-order via Bandcamp here.

Also enjoy the video for the first single off this album: