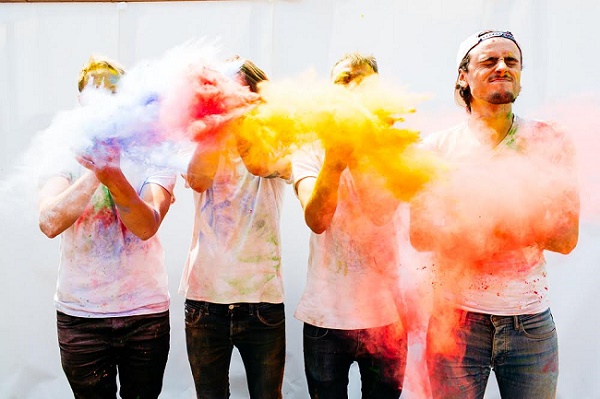 Essex-based four-piece relish in the frenetic pop of their new single You Will Be.

‘You Will Be’ is the energetic new single from indie rock band Stealing Signs. Sonically it’s everything you want in a song, combining off-kilter arrangements and thunderous drums together with thought provoking lyrics. This is upbeat indie pop at it’s best.

The band explain: “You Will Be just fell out of our instruments. The drums and bass keep it solid whilst the guitars weave in and out of each other in a pretty natural way. The lyrics keep it simple. It’s basically about hindsight. What advice would you give to your 17 year old friends who are sobbing over their first breakups? I’d say everything I say in the song”
‘You Will Be’ is the first single from their forthcoming EP A Different Time which is due for release in early October. Having spent the early part of 2016 creatively writing the material for the EP, Stealing Signs will be releasing a range of assets over the coming months which will include four singles and two videos.
You can stream You Will Be below: