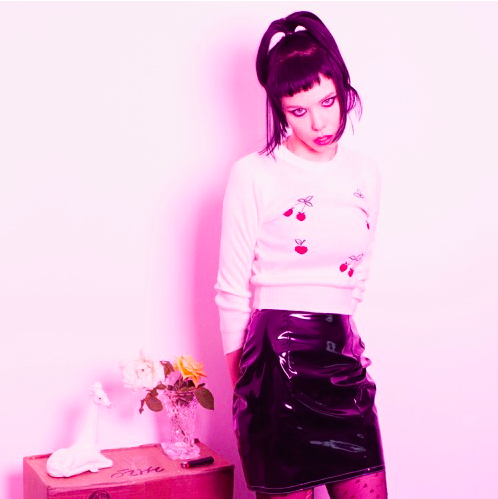 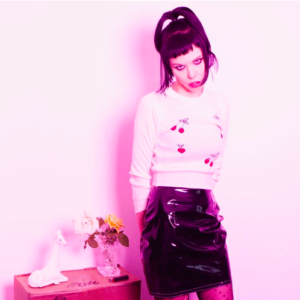 Alice Glass has today released her first music since leaving Crystal Castles, all proceeds from the sale of which will be going to domestic abuse charities.

As we must all know by now, last year it was recently announced that Alice Glass was leaving her band with Ethan Kath, popularly known as Crystal Castles. The separation wasn’t without a touch of acrimony but we weren’t  bothered about that so much here at Louder Than War. What we are bothered about is what the two will be doing going, as they say, forward.

And it’s beginning to look like they’re going to be doing some really cool stuff.

Ethan Kath was first off the blocks, still using the Crystal Castles moniker, when he released a track which sounded so similar that at first Pitchfork speculated it was actually Alice on vocals…until Alice corrected everyone and Ethan was forced to edit the Soundcloud page by adding the words:

“this is Edith on vocals”

Then, just last week Crystal Castles followed that track up with another excellent track titled Deicide, which came with the promise of an album soon.

Fast forward to today and – just a few hours ago in fact – Alice Glass popped a link up on her twitter to her website where we found a new track from her called Stillbirth.

The track is excellent, not unlike a Crystal Castles track also in fact, but with the vocals kinda higher up in the mix and a subject that, alongside the music, makes for a powerful listen.

The track, co-written and produced by HEALTH member Jupiter Keyes will be released this Saturday and it came accompanied by a longish tract of writing which explained how “Years ago I began the process of trying to remove myself from an abusive relationship that started when I was a teenager” and continues with a positive message about the “clarity I’ve gained since getting out of that situation” and has the stark line “This person nearly stripped me of myself”.

The full text is printed below Stillbirth , but this explains why the proceeds from the single’s sale will be going to charities like RAINN that help survivors of domestic abuse, sexual violence and incest. You can donate directly to them at the link in the last sentence or via the link on Alice’s website.

We’re also told that Stillbirth, has a “sister song” which will be released “…soon, she is a lullaby and she can’t wait to meet you.”

The tweeted text from @ALICEGLASS: