Home Music Lissie – Interview For The 10-Year Anniversary Of Debut Album Catching A... 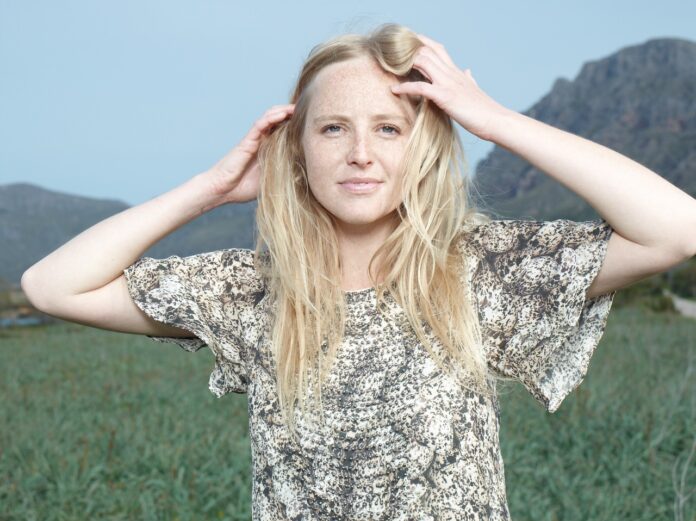 Lissie celebrates a decade since her acclaimed debut album with an expanded release of Catching A Tiger, followed by a collection of even earlier songs and demos unearthed from her vaults. On the eve of the first release, on 20 August, Tim Cooper invited the American indie musician to look back over her career and talk about coping with lockdown.

Today sees the release of Catching A Tiger (Anniversary Edition) with five previously unreleased tracks recorded during the original sessions in 2009. It’s followed next month by a collection of older songs Lissie found while digging through hard drives, titled Watch Over Me (Early Works 2002-2009) – a collection of nine formative compositions predating her signing to a major label while living in Hollywood in her early twenties.

“Catching A Tiger was the album that gave me a career. In high school I dreamed of being a professional musician, and I definitely encountered more doubters than believers,” she reflects. “During my early twenties I was living in Hollywood trying to figure out how to support myself. I really admire the younger version of me who faced a lot of setbacks and personal hardships, but never doubted for one second I was going to make this happen in some way, shape, or form. I think about the resilience I had to make that album in the first place. It means a lot to me.”

Lissie originally planned to mark the 10th anniversary of Catching A Tiger with a show at the Oslo Opera House early in 2020. Instead, as the pandemic swept across the glove, she pivoted and combed through her back catalogue, earmarking unreleased material for the Anniversary Edition and preparing a different kind of celebration. Tim Cooper talks to her about how she did it.

How has the past year (lockdown) affected you mentally, emotionally and physically?

Hello and thanks! I think that like for a lot of people, it’s been a roller coaster of emotions. Ups and downs. Shock, fear, grief – but also perspective and gratitude. I had to face some deep hard truths about myself without the distraction of work and travel. I went through a painful breakup and I did a lot of therapy. I spent a lot of time in my garden and with my dog. I had to take a lot better care of myself as well.

It’s been a turbulent time in America, as well as the rest of the world. Has it affected your creativity?

Creatively, I felt that I put more of my creativity into my home and farm. There was so much volatile energy around the pandemic, but also politics and division in the U.S. and I didn’t know where to start when it came to writing. In November I really started feeling like I had processed some of the year’s events and have now written a bunch of songs and started recording an album.

Was it lockdown that inspired you to look back to your early material and reflect back on your beginnings?

I had always planned to release a 10-year Anniversary Edition of Catching a Tiger but of course and understandably Covid delayed those plans. However, I think that the extra time allowed me to dig deeper into my old journals and hard drives, pulling together a really nice, reflective and celebratory album. There was some nostalgia, sorrow, and also joy revisiting the moments that led to not only my debut album but all that has come from it. It also led to rediscovering even older songs and demos that became Watch Over Me (Early Works 2002-2009).

How do you feel about those early songs, and that period of your life, when you look back at them from today’s perspective?

I am an artist and songwriter that really works in real time. Whatever I’m going through and reacting to, songs help me process and release. I’ve never sat on material, I’m always ready to move on. I think that the songs hold up but am also aware that they aren’t songs I’d write today. I am in a different place. For fans who have been with me from the beginning I almost think of the old material as a prequel. It gives some insight into the experiences that honed my songwriting and studio skills.

If you recorded the same songs today, would you have done anything different with them?

I don’t believe I would because songs feel sort of ephemeral to me, they exist in the space they were made in and the energy of that moment calls in the approach. The Early Works songs are in some cases just demos. I think the fact that they didn’t make it to my debut is fine, they did what they needed to do.

How do you see your development and evolution as an artist? What has changed, and what influences – in the world and in your life – have made your songwriting change?

I had an interview today where I was pondering that. For artists and non-artists alike, I think as we age, we can start to close off in some ways. Self preservation. We learn how to avoid rejection and hurt feelings. I feel myself being a bit “eye-rolly” haha, in a way that I didn’t used to be. I was pretty wide eyed in the early days. So, I try to keep an eye on that so that I don’t miss out! I think my voice has matured, my songwriting has gotten sharper and more to the point and also that I am calmer than I was. I can take disappointments and setbacks more easily. In one of my new songs I have a line, “Everything I thought I knew about what I want, might not be true” and I try and surrender a bit to life. But in terms of my songwriting, it’s still very much “This is what I’m feeling and what I think”. It’s almost like I’ve always written songs as a way of sticking up for myself and that’s still true.

Are there any particular songs on each record that you would like to share specific stories about? Either their inspiration or perhaps the actual recording?

I always come back to my song Everywhere I Go. I co-wrote it with Curt Schneider, who I’m actually making my new album with. Before I brought him the ideas that became the final version, I was in my Hollywood apartment feeling very lost and scared and almost delusional over this pursuit of musical success. But there was a stillness in me. I can be a somewhat spiritual person and especially at that time in my life, I felt that I was going to be ok. That some kind force or energy would guide me on my journey, no matter how round about! It’s one of my favorite songs to perform and it almost didn’t make the album. I recorded Catching a Tiger in Nashville with a full band, but EIG as I call it, haha, was an afterthought. I recorded it with my friend Bill Reynolds on a laptop in the office of my home in Ojai.

Catching A Tiger (Anniversary Edition) is released on Lionboy Records on 20 August 2021 on all digital platforms, on CD, and as a limited-edition double-LP vinyl with a gatefold sleeve. It will be followed by Watch Over Me (Early Works 2002-2009) on Cooking Vinyl in September.