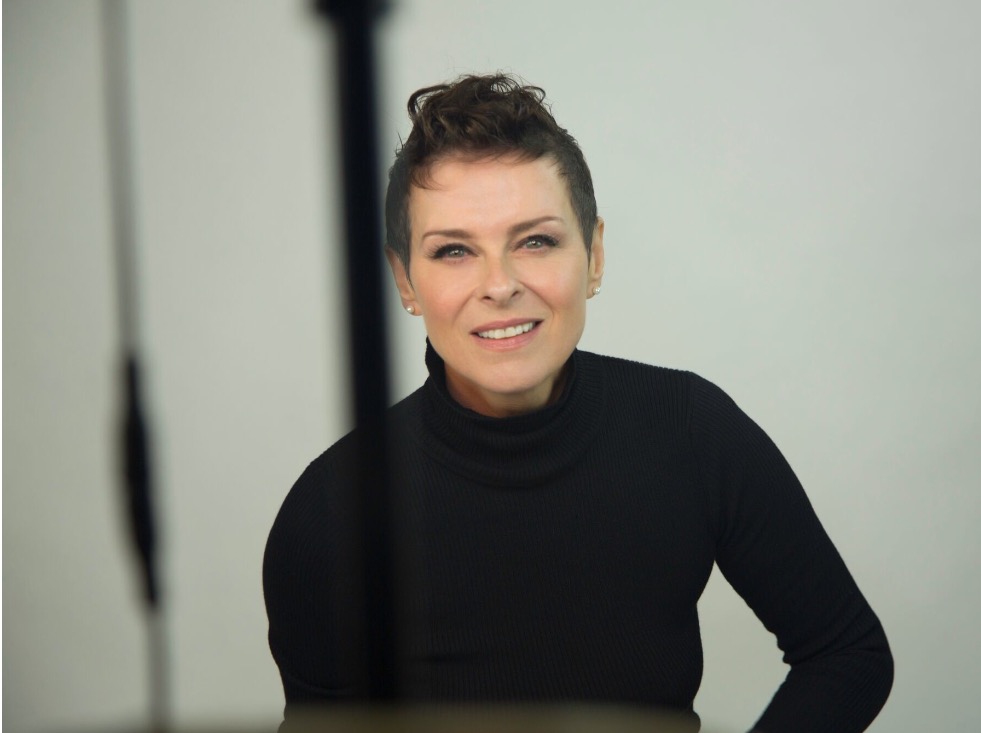 Titanic and indomitable singer/songwriter and individualist Lisa Stansfield has recently unleashed her latest album entitled “Deeper”. An iconic and soulful phenomena, the Grammy nominated recording artist also released her powerful, “I rule the world” type video, “Billionaire”, the first official single to come out of the 13 track album. 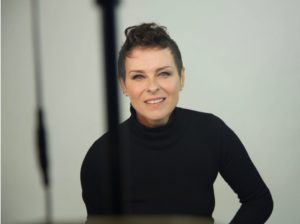 Known globally for songs including: “All Around The World”, “The Real Thing”, and “All Woman”, Lisa Stansfield is an anomaly in the world of British soul. “Deeper” is her 8th studio album in a string of award winning releases that began in 1989. “Deeper” has already reached enormous heights, charting on Billboard, and demanding a massive tour in support of the album including a concert at Hyde Park.

Winning a singing competition called, “Search for a Star” became the inauguration of Lisa Stansfield’s career. Her first solo album “Affection”, brought her the international chart-topper, “All Around The World”, a nomination for two Grammys, and  endless recognition in music history. Triumphantly winning awards such as the Brit Awards, Billboard Music Awards, ASCAP Awards, and a host of others, she has sold over twenty million records worldwide. In 2016, Billboard ranked her as the 46th most successful dance artist of all-time. After a 10 year hiatus from Music, and in pursuit of a successful acting career, Lisa has re-emerged in the music industry as  strong as ever with “Deeper”.

I spoke with Lisa who is exceedingly proud of this album, and found her to be candid, funny, unaffected, and happy to be back. She is a warm, and lovely person, loving her fans, and caring about the human race….

Louder than War: I am completely in love with “Deeper”.

Thank you so much! I get so excited because everybody keeps saying it. It’s so nice… it’s so lovely that everybody likes it.

Everyone loves it…and your video, “Billionaire”….

We did that in a little green screen studio. My husband is pretty amazing like that. He can make it look like the whole city of Paris. The city of Paris in your living room.

Well he’s very talented then….so does the album have a themed message?

I just think this album to me feels like when you’re ready to go out, when you’re  going out on the weekend, say a Friday night…. and you’ve been working all week…. and you put all your eggs in your Friday night basket. And you’re thinking that you’re going to get out there, show them what you’re made of, and all of your dreams are going to come true! That is really the big story of the song, “Love of my Life”. There is pretty much a really big message in the record. There is a lot of positivity and looking to the future. I’m just being very, very positive and energetic about things.

Yes it’s apparent when listening to the album.

God knows we need it at the moment. We need a little cheering up.

We do! I think we need it more in America than you do.

What with the golden train-crash.

Yes…exactly! When I visit the UK, he’s talked about a lot…and not nicely, as a matter of fact I’m going tomorrow….

So you go to Manchester quite a bit…I love Manchester, it’s so grand. It’s such an amazing place, and everyone is so friendly as well, aren’t they?

Yes, yes…I know that you’re in the midst of a massive tour right now,…

So the entire American gay community is wondering when you will be coming to the states. Are there any future plans for that?

I really do. Fingers crossed, I think it’s going to happen this fall. I’d love to, I’d absolutely love it. I’m expecting we are looking at gay pride and stuff like that. So yeah, I’m saying fingers crossed…hopefully. I know that everybody wants me to go….

You’re one of the biggest gay icons in life.

I know…I must tell you, … that when I go to New York, I lived in New York for quite a while and I really want to move back…. I love it. If I go out in New York, if I go to Sacks or Barney’s, or Bergdorf, if I spot a gay assistant, I get anything I fucking want…. it’s like all my dreams come true.

And I’m sure their dreams are also coming true…

Well yeah, it’s a mutual affect. If you love me enough you get the dress….

You took a break for a while, and I know you were doing some acting, so how does it feel to be back doing music?

It’s gorgeous! It really is. I feel it was a real excitement….there are so many people and you can see it. It’s strange. And also what happens is even if you’re not right in the forefront, it’s weird.. people become more aware of you for some reason. I don’t know why. If you’re  in a room with 100 people nobody will notice you, nobody will bat an eye… then all of a sudden it’s like this energy starts, and it’s very strange. it’s like I became famous again.

I don’t think you’ve ever stopped being famous though….

It’s funny because I can go out and nobody notices me. I have famous days and unfamous days. It’s not depending on me, it’s depending on other people.

I’m not too sure about the people in the U.K., but speaking for America, you’ve never left..

Awww.. well whatever it takes…if I have to go in a fucking dingy I’ll get over there. If someone will feed me when I get there I’ll be alright.

So the album is really buzzing….

It’s gone in the Billboard, it’s so nice!

So if you could have your ultimate stage fantasy, what would have to happen?

Yes an audience can tell when a performer is really into it and having a good time, and a good time is contagious.

I think people like to be part of something. If you go to see a show I feel like part of it should be the audience feeling it, and being part of it. It’s not like you’re just watching a DVD or at home watching TV. You need to feel that you’re really there.

It’s so lovely when all of those people get together, when you’re all in the same room, it’s just this big sensation…Last night we played Paris and it was just unbelievable. The crowds where ridiculous. They just got off from the get go. They were relentless. It was like they were saying “you keep going because we are going to keep going”.

Yeah, it was gorgeous. You know they give you energy really. The crowd actually gives you the energy.

I just heard you’ve made an announcement about  appearing at Hyde Park.

That’s very exciting….So can you recall the proudest moment of your career?

Well hopefully it hasn’t come yet. I think one of the biggest moments was playing the Freddie Mercury Tribute, when Freddie Mercury had just died. It was an amazing, amazing event. It was just such a privilege to be part of that. I think it was one of the most special days ever, to be included like that is beyond any dreams in music. It was just unbelievable. It’s just unbelievable to think that you were part of that historical moment. At the time you don’t realize it. You think, “Oh I’m just doing a lovely concert”. And when you’re done with it you realize it was groundbreaking. It was a gorgeous day, absolutely gorgeous.

Can  you recall a moment in your life that changed the trajectory of it?

She’s a great lady, I interviewed her.

Oh did you…is she nice? I’ve had some unfortunate experiences where I’ve met people that I really idolize who have been quite weird with me. I was at the Grammys when Diana Ross was there. I was going backstage, honest to God she gave me the most dirty look ever. I was thinking that hopefully she’s blind and she was just squinting. That happens to a lot people. You think that they are being really hurtful and they’re not, they are just squinting at you. But I’d love to meet her if she is a nice person. She’s the one person I would really, really love to meet, but I don’t want to be there if she’s going to be horrible to me.

Mary Wilson is also one of the nicest people you’ll ever meet.

Oh so her personality matches her face? She does have a really friendly face doesn’t she? You’re very lucky, aren’t you?

I’m very lucky….I love my life…and my job..I get to speak to the best people ever, like you!

You know what, when you meet wonderful people you do love it. We cannot complain about our jobs. To be able to do shit like this and get away with it….. you do really think at least I do, when you get found out I hope that people aren’t going to say “you don’t really belong here, go home now”. I’m just along for the ride. I’ll just stay here until people boot me out. I love what I do it’s grand.

So if you could say anything to your fans and followers what would you want them to know?

I would just want to say, you know at the moment there were so many different people who are saying “I’m the best, we are the best”, and in fact we are all different. Nobody is the best. We are all different. That is what makes it beautiful. If we all think we’re the best then we might as well just step back in time. There is no point in being nasty to each other. We are just different.

Is there anything that we haven’t discussed that you would like to add?

I’d just like to come into the US, because I get messages all the time, “Just please come, please come to the US”. So I’m going to make it.

You’d have thousands of people including thousands of shirtless gay men waiting at the airport, screaming like when The Beatles first arrived in the US….

All holding a sign up….loads and loads of gay men…that would be fantastic! ….