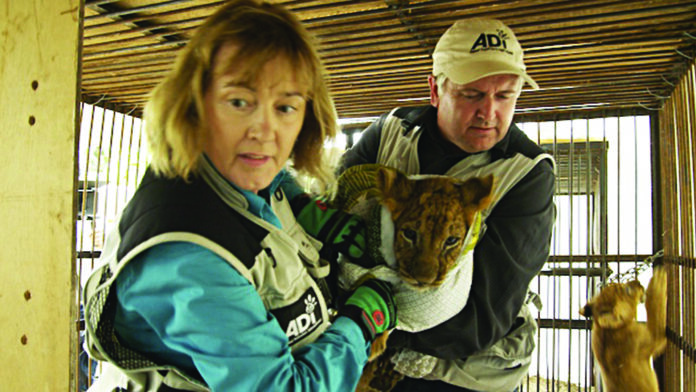 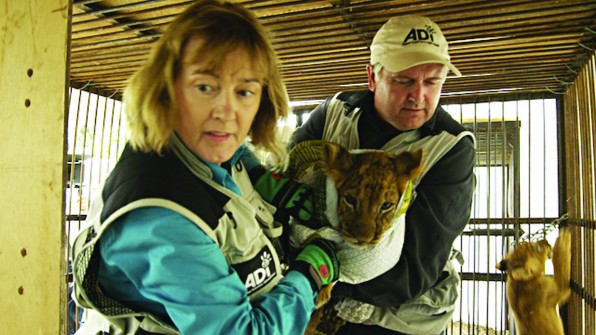 As anyone who’s ever given a flying f*** about animal welfare knows the circus is, more often than not, the scene and as much cruelty towards animals as your average abattoir. Lion Ark demonstrates the validity of that statement by focussing on a shocking undercover investigation which led to a ban on animal circuses in Bolivia. In short, and quoting from the film’s synopsis on IMDB, Lion Ark tells “…how a poor but proud country said ‘no’ to cruelty and how attitudes to animals were changed across an entire continent.” Keith Goldhanger previews the film for us ahead of a handful of screenings across the UK that start later this week.

As we creep through the 21st century and certain practices that some of us have been disagreeable about are brushed aside in the name of evolution it’s worth reporting here on a story we need to tell you about.

Not only do we think you need to know about this but it gives us an excuse to delve into the subject a bit deeper, go to the cinema and name drop a few people we’ve been in bands with and lived with who wandered off in life to achieve something that is now documented in a film we’re about to have the pleasure of seeing.

This is, therefore, an article that will no doubt have a part two at the very least.

I first met Tim Phillips in the late 80s.

He was singing in a band called VOICELESS who eventually went their separate ways. Half of this band helped contribute to my own project that you may or may not know about called HEADBUTT. Another 25% of this band was Tony Pattinson who I shared a flat with for a while. He filmed and edited this movie.

A few years ago whilst hosting a party in a West End pub, a Eurovision Song Contest party (…ok then, a poor excuse for a piss up) it was ingrained in the sore head of one man the next day that not only were some of the attendees about to have more children, or go ahead with that loft conversion, start a new job or obtain tickets for the next big match but one couple (Tim and his partner Jan Creamer) had mentioned something that evening about being knackered due to their repeat journeys that year between West London and South America.

They told me stories about rescuing Lions in circuses which they were in the process of achieving through the organisation they founded called ANIMAL DEFENDERS INTERNATIONAL (ADI).

It may be one thing getting governments around the world to accept an argument that keeping various animals in cages and treating them unacceptably is wrong and requires outlawing, but it also needs someone somewhere to see that such laws are enforced. Therefore, with their combined experience and involvement with ADI, Tim and Jan set off to tackle a rather ambitious project.

It’s a bit like being a bailiff. You get a court order, speak to these people involved in these circuses, tell them they’ve a certain time to conform to the requests being handed out and return once the circuses have had enough time to comply and if the situation hasn’t improved then to take these animals away to give them a new and better life. 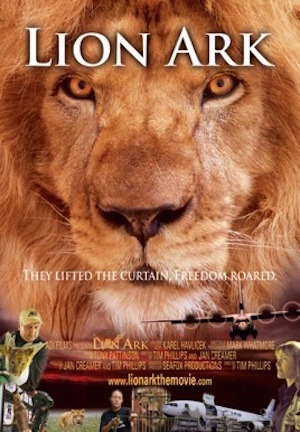 Except in this instance all the circuses (eight of them) simply defied the law and scattered across Bolivia; a massive remote country five times bigger than the UK, or bigger than Texas and California combined if you are reading in the USA. So Jan, Tim and the ADI team set about tracking down the circuses and going in with the authorities to seize the animals. That’s where the movie Lion Ark begins – in a massive confrontation with a circus refusing to give up their starving, miserable lions.
I’ve made this sound easy, however just spend a minute wondering how you can safely transport 25 Lions thousands of miles…

On a recent outing and a chat over a few pints they tell us tales about how a family of over half a dozen lions were living in one cage that was about the size of a couple of Queen size beds. At feeding times the animals fought each other for food and when you get two creatures fighting, in most situations the best way of ending confrontation is to separate, take time out. However if you’re all inside the same enclosed space this becomes impossible.

Once ADI have their hands on dozens of lions they need transporting, feeding and looking after.

Take a cub away from the family, albeit temporarily, and the rest get angry.

A stroll in the park this isn’t.

Tony Pattinson, a long time collaborator with Jan and Tim joined them to document the things that went on in Bolivia and this film, (which must surely just be the tip of the iceberg highlighting the organisations’ activities) has been made to highlight the situations the organisation found themselves in.

The result is the film LION ARK which is in selected UK cinemas right now and I’ll be telling you more about this in weeks to come. It boasts a soundtrack that promises to be as gritty and gutsy as the film itself featuring Los Peyotes, Wire, Joe Strummer and the Mescaleros, Joan Jett and the Blackhearts, Chano Diaz Limaco and Inkatronica and Chris Knight; plus an original musical score by Karel Havlicek who donated all his time to create the music because he believed in the project. Unfortunately for one or two people, the scenes with the Headbutt soundtrack and from my co-conspirators PROJECT DARK were relegated to the cutting room floor.

If the above whets your appetite then you can join us on December 6th at 6pm on a red carpet screening at the Prince Charles Cinema off Leicester Sq in central London.

The following screenings of the film are slated in across the UK beginning this Friday in Bristol: