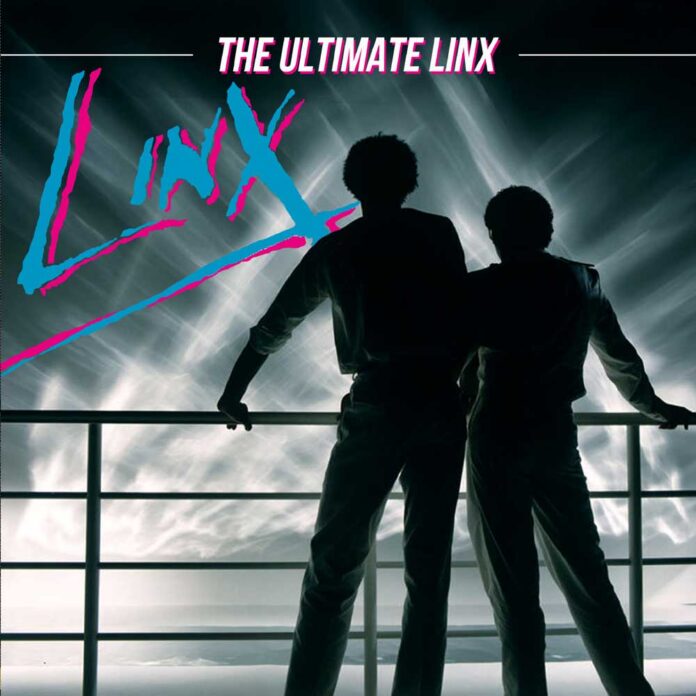 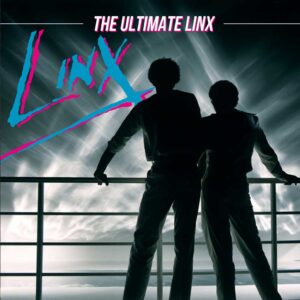 4CD boxset featuring the two albums by the brit funk duo of David Grant and Peter “Sketch” Martin, otherwise known as Linx. There are also many remixes and extended versions and their hit singles You’re Lying and Intuition are present and correct. Ian Canty sees if he can spot the join…

The late 1970s was clearly a time for a fresh approach to music on all fronts. Of course there was new wave, punk, disco and electro, but also funk music was being updated too. On these shores it was logically termed brit funk and had a strong following in North and South London, with funk nights at venues like Crackers and 100 Club being the starting point. Gradually bands like Light Of The World, Freeez and Hi-Tension gave the scene a life away from being a DJ-based phenomenon.

Closely allied to North London/Light Of The World axis and arguably the most successful of all were Linx (nothing to do with the old Christmas present standby for someone you don’t really know). Their roots were in singer David Grant’s efforts to find a suitable vehicle for his compositions. David had links to the music industry, but struggled to get anyone in A&R interested in his own work. It wasn’t until he teamed up with bass player Peter Martin, better known as Sketch, that he began to make headway. They became Linx.

Still frustrated with the paucity of interest from the music business, Linx did it themselves and put out a single You’re Lying on their own Aves label in 1980. The 45 went down a storm in the clubs and as it had hit written all over, Chrysalis Records stepped in to sign the pair up. You’re Lying shot up to the UK Top 20 and Linx were finally on their way. Second single Intuition was their biggest hit, reaching number seven on the UK’s national charts and an album of the same name followed closely on the back of these two successes.

A brief snatch of synthesised strings preface the mid-pace tempo moodiness of Wonder What You’re Doing Now. Then I Won’t Forget is reminiscent of The Police, which shows how Linx liked to mix things up to keep fresh. Intuition itself comes next and is of course from the top drawer, in many ways it was the brit funk answer to Baggy Trousers. A delicate ballad There’s Love is followed by Rise And Shine, a joyous groove where the sound is fleshed out by a gospel choir.

Side two of the Intuition album sets forth with the good pop/dance number Throw Away The Key, another sizeable hit single. Count On Me is nicely restrained with some very high vocals and the LP version of You’re Lying shows the song’s class. I think the sleeve note rather overplays the notion that Linx were terminally unhip – after all, the upbeat attitude of Don’t Get In My Way, the final track on this album, was featured on the NME’s C81 compilation tape. I always thought they came over as pretty savvy and overall Intuition the album was an imaginative and infectious first showing for the band.

Seven extras are appended to this first disc, with 7 inch single cuts of You’re Lying, Intuition and a very danceable Together We Can Shine being joined by the US album and single versions of Throw Away The Key and finally the latter’s flipside The Ice Is Melting. All these items aren’t bad and worth hearing, if perhaps not dramatically different from the album takes. Probably most interesting is funky bass workout on The Ice Is Melting.

As Linx were hot at this time, they almost immediately set about recording new material for a follow up collection. The first fruit of this labour was the appetising but slight pop of the So This Is Romance single. It was another fair sized hit, charting higher than Throw Away The Key. All looked rosy for Linx LP two Go Ahead, which was issued near the end of 1981.

Go Ahead begins with the album take of So This Is Romance and “education critique as a love song” I Don’t Want To Learn continues the drift towards a lighter musical style than their debut. I Wanna Be With You does take in a more tense funky sound though, with a high quality Sketch bass line and some sharp brass. The slow and moody tale of city life dislocation Urban Refugee that follows boasts good atmospherics and some off-beat music notions and I Won’t Play The Game launches itself on a dance funk tip. Beneath that, the hard-nosed attitude of the words show the more bitter side of life was not a mystery to Linx.

Side two of the original vinyl LP ensued with Can’t Help Myself, which also saw release as a single. The 7 inch cut is a bonus attached to this disc and the single stopping short of the UK Top 50 was the first sign the pair’s magic touch on the charts was waning. Even so, it is still an attractive slice of soulful pop, if perhaps not quite a natural single. The laidback, jazzy All My Yesterdays demonstrates some nicely reflective moves to add to sweet high vocals and Know What It Is To Be Lonely slows things further down to ballad pace. It also continues Go Ahead’s lyrical trend of examining the darker areas of human emotion. Finally Tinsel Town (You Don’t Fool Me) signs off the album with a sturdier sound, even if the story told is one of bitter disappointment with showbiz legend.

The bonus items on this disc are similar to disc one, in that we get the 7 inch versions and remixes of the 45s. We also have the post-Go Ahead singles Plaything and Don’t Hit Me With Love. The former, which scored slighter higher than Can’t Help Myself by charting at number 48, is a decent slice of up-tempo electrofunk. On the latter, a rather sub-par effort that missed the chart entirely, they were billed as Linx Featuring David Grant. One can’t help but feel this was readying the singer for his solo career. Their respective flipsides were a re-done I Won’t Play The Game and the very good It’s My Life, which arguably would have been a better A side.

Moving onto disc three of The Ultimate Linx we have fourteen selections drawn from the band’s 12 inch single mixes. You’re Lying benefits from an added skat singing section and Rise And Shine has a brilliant groove to it that works even better in extended form. Together We Can Shine has some nice keyboard work in the outro of its UK 12 inch take and the longer Don’t Hit Me With Love is an improvement on the short edit. I’m Not Joking is full of straight ahead funk power and part three of The Ultimate Linx ends with the original and swell long mix of Love Will Find A Way.

The final platter of this set brings together the various odds and ends, beginning with a stretched-out The Ice Is Melting. We get three different versions of Look Up And Smile here, with the bright original probably being my pick and the American Remix of Wonder What You’re Doing Now is a real peach.

There are also four tracks that never made release at the time. Love Is Not Enough comes with a very delicate reggae undertone to its otherwise sweeping soul glide and We’re Here bounces along with brio in fine funk chant fashion. Female backing vocals play a key part here. Working of the juxtaposition of high and low voices, Good Girls is a fair dance number, but you can sort of understand why it fell by the wayside, it doesn’t feel quite different enough to be Linx. Final offering I Found It In You is a full-voiced, pure soul way to bow out.

When Linx ceased operations in 1983, the two members went in opposite directions. David Grant had hit singles on his own and eventually became a vocal coach on BBC’s answer to Pop Idol, Fame Academy. Sketch joined up with post punk band 23 Skidoo for a spell. He played on the Urban Gamelan album, before drifting away from music. It’s a shame for both in a way. I always liked Grant’s songs, they juggled with interesting topics and had a universal, truthful appeal about them. For his part, Sketch was one hell of a cool dude on bass.

Linx had a relatively brief career and seldom put a foot wrong in delivering danceable, modern funk drawn from a truly British perspective. It wasn’t just music for the feet either, as there were often some very sharp lyrics to boot. All of which leads to The Ultimate Linx being a very enjoyable set for anyone with a taste for intelligent dance music.