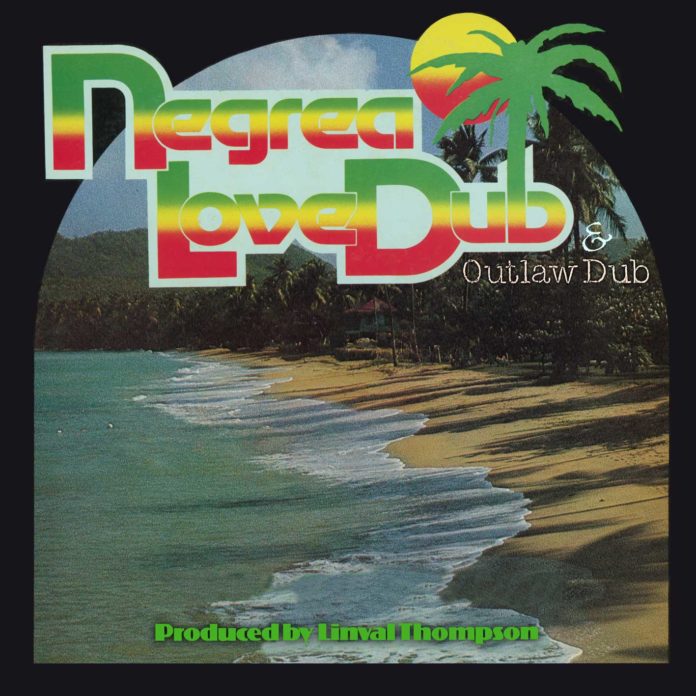 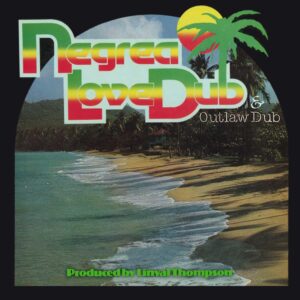 By the end of the 1970s Linval Thompson had cut out a successful dual career for himself as both singer and producer. Naturally he moved in the dub field as well, getting further use out of rhythms he used in his other works. Dub had begun strictly as an album format with limited pressing runs for scene insiders, but it had swiftly gained the interest of the rank and file reggae buffs.

By the middle of the decade though dub albums were a big deal, very popular with fans and also other producers who could hear what latest innovations their competitors had hatched. Virtually every vocal reggae album came with its instrumental dub version. These dub records often arrived in sleeves that didn’t give any real information on the recording process, but this only added to their mystique – you had that added thrill of getting something that appeared to be “under the counter”, outside of the record business.

Linval had a couple of aces in the hole with his dub efforts. Working out of the 70s studio in Channel One was a big bonus and that came with the added advantage of the Revolutionaries’ musical prowess. The rhythm twins of Sly Dunbar and Robbie Shakespeare were the premier drum and bass pairing of the time and on top of that they also had the talents of Ansel Collins, Vin Gordon, Bertram McLean, Tommy McCook and many other of JA’s musical royalty in their ranks. So after Thompson had put out his I Love Marijuana record on the reactivated Trojan label in 1978, he arranged for the release of a dub effort soon afterwards entitled Negra Love Dub, which is the first album presented on this collection.

Though not just a dub equivalent of I Love Marijuana, Negra Love Dub does feature Linval’s voice in brief moments throughout, before tapering away with echo and leaving just bass and drums. Though a fairly typical dub recording, it is refreshing in the fact that old rocksteady rhythms from the 1960s aren’t utilised, these backing tracks being relatively new at the time. A review (most probably from Sounds) in the accompanying booklet unfavourably compares Outlaw Dub to those classic Studio One rhythms, but Thompson does produce a good sound on both LPs that doesn’t appear that out of place among the efforts of the big boys like Coxsone Dodd, Joe Gibbs and Lee Perry.

The “flying cymbal” sound which was pioneered by Bunny Striker Lee is much in evidence here and the guitar work which slides in and out of the dubs is really good. It is perhaps best heard on Jah Jah Children Dub and Lion Dub towards the middle of Negra Love Dub, but I bet the latter’s urgent and noisy intro was a bit of a wake up call for anyone chilling with a spliff! There’s also plenty of warm keyboard sounds, most notably on Negra Africa Dub and Jamaica Calley Dub has a more strident, roots type rhythm. Thompson Love Dub is another effective, echo-drenched offering and overall Negra Love Dub does the job as a pretty cool dub platter.

A year later Outlaw Dub arrived on Trojan again and was credited only to the Revolutionaries. It follows much the same format as its predecessor as you would expect. Dub I Dub has a pretty rhythm which harks back to 60s rocksteady without actually being derived from it and the buried guitar and drop out to bass on Wicked Dub is a very satisfying sound indeed. A rather jolly organ riff sparks off Fisherman Style and the set ends with Thompson Sound Incorporated, just in case you had forgotten who you were listening too. Outlaw Dub is a classy enough piece of pure 70s reggae attitude that still has a few decent eccentricities that take it away from being standard rub a dub stylee stuff.

After the highs of the late 70s dub in its purest form died with the advent of the digital era. The dancehall sound that emerged as a result in effect took things full circle – dub for all its fine qualities wasn’t that good to dance to and Jamaica simply wanted to dance again. As ever public demand help to shape the prevailing music trend and dancehall reigned supreme.

Linval Thompson produced Scientist’s late run of glory on the dub scene and then had some great success in the dancehall era too, when dub plates were looked upon as relics of the past. Nevertheless the two albums presented on this new set take us back to the exciting, seemingly semi-legal dub plates of the scene’s halcyon days. Listening to their chill rhythms and that bass makes one feel like they couldn’t have been listening to anything cooler back in ’79 and it still retains enough of its charm and atmosphere today to cut the mustard.