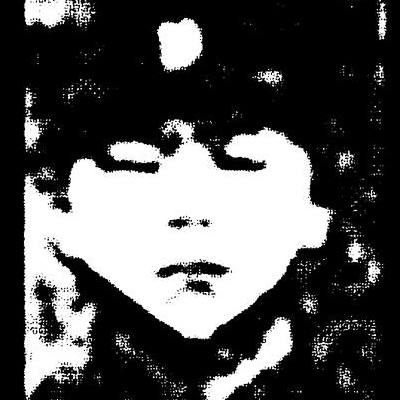 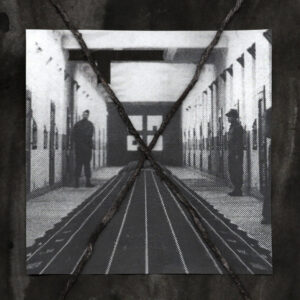 The new release from Hospital Production noise doctors Linekraft, titled Industrialized Criminals History, provides a soundtrack running near perfectly parallel to the current paranoid sag, seeping into the public’s uncertainty and sinking into the disarray of today’s daily experience. The new norm is the next nationwide atrocity, and Linekraft summons the accused and executed spirits of old, to make such a point, ever more formidable.

I don’t care about melody. At least now I don’t anyway. If you’re searching for what feels like an endless piece of music that sounds like a cybernetic system of insects hatching inside a television screen and exploding through the static like a charge of vibrating light, then listen up. This piece deals with the controversial Tokyo war crime tribunals as it’s thematic flow. A moment to meditate on ”a turning point of humans trying to control history, life and death and fork in the road industrialized cold war world -or- human-animal kingdom’’. That kind of mood of taking one’s ear and pressing it up against the courtroom doors, or better yet, offering us a seat in the last few moments to witness the door drop and a body fall through it.

The Introduction of Conspiracy hums and whirrs and whispers like a poltergeist appearing before the foot of one’s bed. A spiraling saw, heated, animated, slowly but surely succeeds in severing something from something else. An ominous, atrocious, atonal synth line seems to smile and glow from the midst of a darkened chamber. It’s lovely. Like a serial killer singing a lullaby. That erratic ambiance flutters and then dissolves. That serrated edge, a shape-shifting memory, almost warm at first, but then breaks apart and fizzles into nothing when greeted with the honesty of the cold. More moodiness ensues with Death By Hanging. Primitive percussions hit things with sensitive precision, as impressive sequences of iron bars and barrels, more like toys and weapons or atoms in ovens melt into one pot of fierce material. They boil and blow, ultra-minimal and supra-cinematic. A chilling, chiming melody and a racing heart of a drumbeat drive things forth, unfolding like an interlocking gallop of phantoms bathed until burned under a toxic neon hue. Kurosawa’s sound-image counterpoint motif played upon here wonderfully with each twitching wrist of electronic noise and kick of restless supernatural intermittence. 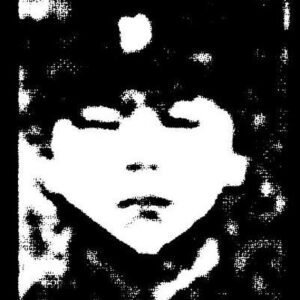 The use of the occasional melody works well. I said I don’t care about them. But an injection of something to hook ourselves onto, or perhaps we as listeners are what melodies hook themselves onto, which worms inside one’s mind and catches the imagination splendidly with every subtle push of the keys. Die Like A Dog pushes up and pulls down, crackles a with necromantic fever, and crawls along the floor like the ecstatic mass climax of tossing a match onto a pile of wood below some poor soul accused of witchcraft. A thousand snapping branches. A million exploding stars. The serenity of quiet streets is often something breathtakingly perfect when in need of nothing but space and the solitude of the bare bones of a blue morning, but it’s eerie and weird all the same. We feel alien in the presence of someone we used to call a friend or a lover but now see as a strangely shaped stranger fading into the backdrop of rain. In the end, we all die like dogs. And I wouldn’t mind being be put to sleep to this instrumental metal-machine music mindfuck.

Industrialized Criminals History is next to penetrate to senses. A fine way to finalize the album. It cuts in and out of focus, fading and forcing its way back into view. The sound of lonely lifts descending down a bottomless hole. The clanks and clinks and thunderous claps of lunatics in a moist room seem to fill the distant void. All drains and pipes. All chimneys and chambers. All drips and dark machines buzzing with algorithmic detail. Similar in feel, but slower in pace, to Execution Room. Kraftwerk’s robots lay bare on the operating table with Martin Hannett’s slightly eviller twin hovering above in the theatre. An album for the curious, who find great amounts of satisfaction in the simple of pleasure of being spellbound by ”industrial chaos’’ programmed and presented to this kind of alluring extreme. Metal junk hell has never sounded so terrific.