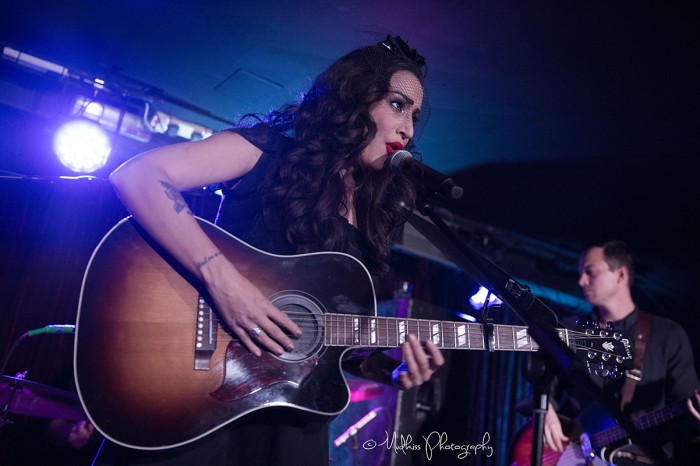 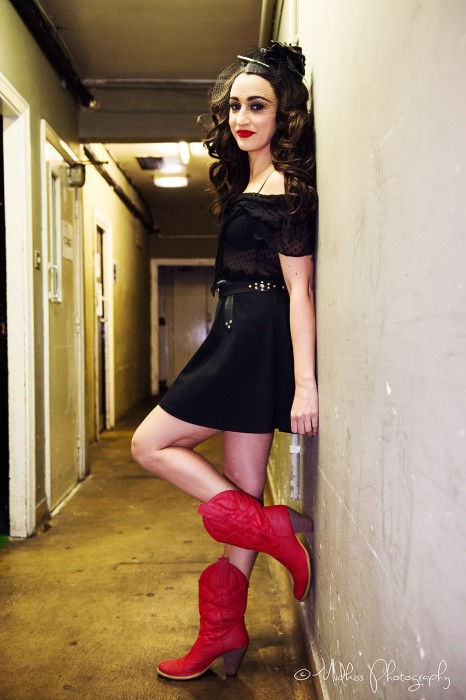 On a cold miserable evening in the centre of Manchester, the queue waiting for the doors to open was the only heart warming sign to be had. The Ruby Lounge quickly filled to capacity in anticipation of tonight’s welcome return to Manchester of Canada’s Lindi Ortega.

As the band stepped onto the stage Lindi came out of the shadows and took centre stage. Dressed in a black mini dress, with trademark red cowboy boots and matching red lipstick, its not to difficult to understand Lindi’s comparisons to being Country and Western’s answer to Amy Winehouse. Immediately launching into the up-tempo “Run Down Neighbourhood”, the first offering from her latest album “Faded Gloryville”. Then almost as quickly dropping the pace with “Dying Of Another”. The first part of the set alternated from the latest album to tracks from previous albums. “Half  Moon”,”Heaven”,”I Aint The Girl” and “Demons’ kept the pace rolling forward.

Lindi stopped the proceedings to explain a little about her latest offering and the inspiration behind the album. “Faded Gloryville is a state of mind where you’ve gone from being so excited about something, to so tired and you realize it’s not quite what you thought it was gonna be. You realize just how much you have to sacrifice to make those dreams work, and you need to reassess what you’re doing. Do you stop there, or do you move on?“. “Faded Gloryville” seemed to resonate with a very appreciative crowd and the tracks kept on coming, cementing a performance and an album that will remain in the heart for a long time.

Lindi’s voice is as accurate as it is powerful, a poignancy and delivery befitting the Grande Ole Opry. All to often when a singer takes to the stage without any backing singers everything is laid bare, along with all their frailties for everyone to see, not in this case. Lindi lays down stories of love, loss, hope and betrayal, in a way that has you lingering on every word. 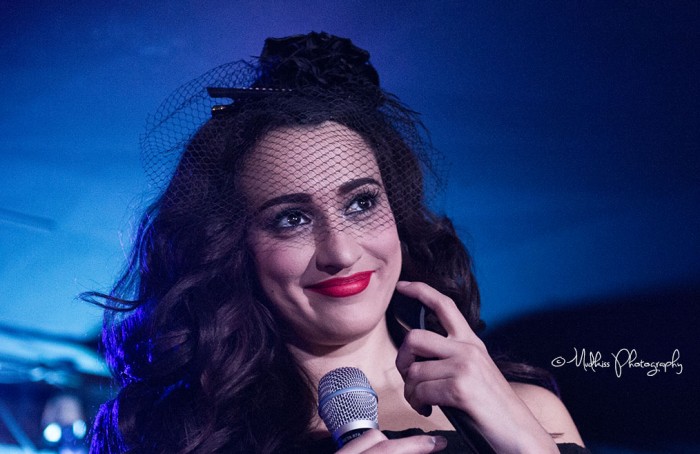 Tonight’s band consisted of “Champagne” James Robertson (guitar), who showed some finger picking styles and slide-guitar techniques, blended with sublime harmonics. Along with the power bass of Ryan Gavel and Noah Hungate’s meticulous percussion actually make up for the need for backing singers, these guys knew how to compliment Lindi and she knows how to extract the best from them.

The pace didn’t let up “When You Aint Home”, “Run Amuck” and the beautiful “Ashes” drew heavily from the latest album. Lindi’s cover of The Bee Gees “To Love Someone” showed how adept an artist she has become to be able to put her own interpretation on a classic in such a way, it could have easily been penned by her.

“The Day You Die” brought an end to the show, which had given us everything from Country to Blues, even Blue Grass and elements of Jazz, with touches of Rock, complimenting what had been a well presented evenings entertainment. As the crowd called for more the band duly obliged, opening up the encore with Sam Cooke’s “Bring It On Home” adding soul to a great list of genres. “Tin Star” went down a storm, leaving one final cover, “Ring Of Fire” by Johnny Cash, what a way to end the show. Country and Western heritage with a new twist, James Robertsons guitar work was monumental, as was Lindi’s vocal arrangement. Nineteen songs and a ninety minute set finished with the band coming down to chat and have photos taken with the crowd who fully embraced a show full of wonderful moments.

Lindi Ortega news and information can be found at her Website, and she tweets here and posts at Facebook