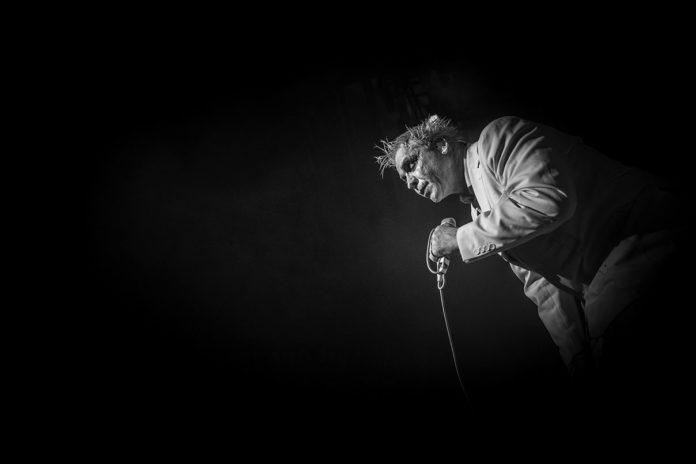 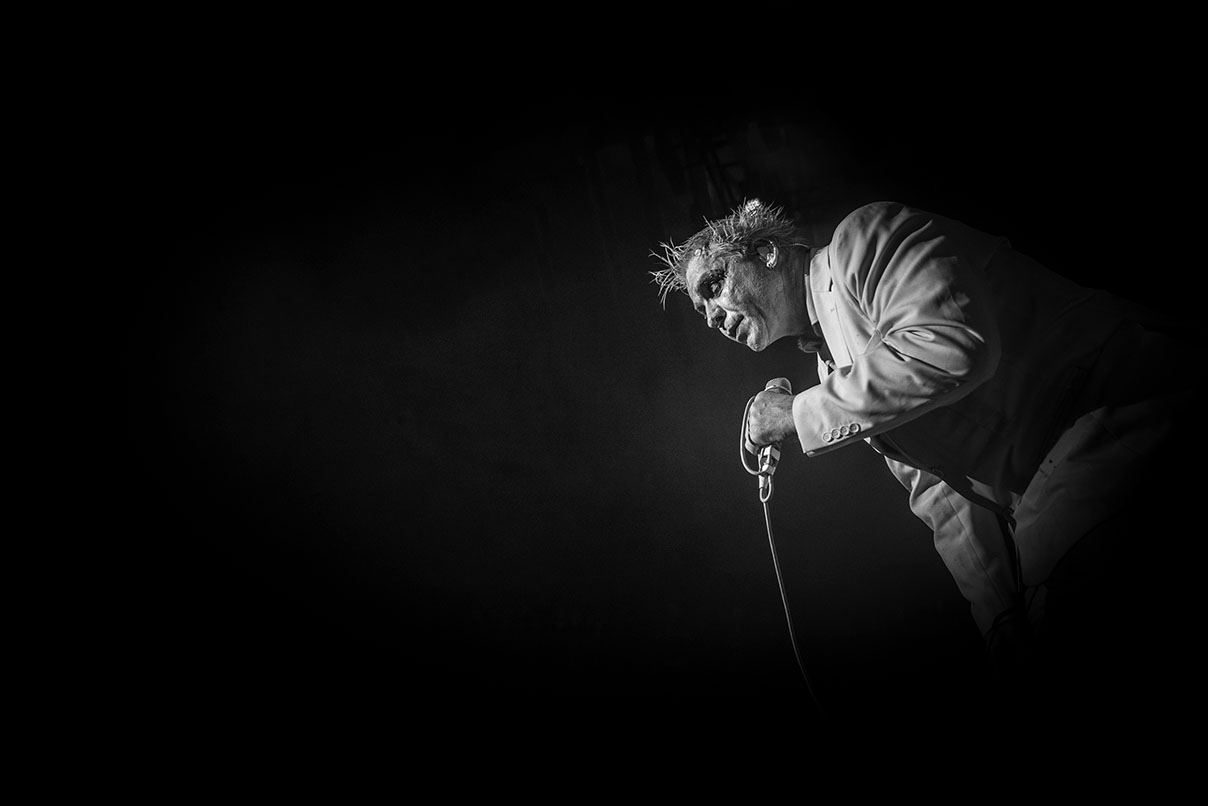 Sophie Sparham went along to check out Lindemann, a German-Swedish industrial metal super-duo created by Rammstein vocalist Till Lindemann and Peter Tägtgren. A Rocky Horror style show appeared to be the order of the day.

I’ve never been to a night where the performer has thrown both cake and raw fish at me, but I guess there’s a first time for everything. Provocative, sensual and daring, Lindemann’s show is everything you expect and more. Tonight, the Kentish’s Towns 02 arena is completely sold out for what is the band’s only UK show.

Before Till and Peter take to the stage, they’re supported by two brilliant bands. First up is Jadu, a German gothic dream-like outfit hailing from Berlin. Dubbing her style as ‘military dream pop’ Jadu and her band capture the attention of their audience with their smooth sound and hypnotic stage presence.

Next up are Aesthetic Perfection giving off strong industrial vibes. Leader singer, Daniel Graves makes use of all the stage, leaping from one end to the other, bringing high energy before the main event.

Lindemann take to the stage dressed head to toe in white and jump straight into the first song. Playing hits such as ‘Skills in Pills’, ‘Ladyboy’ and songs from the new album ‘F & M’, the crowd are treated to a mixture of tracks spanning the band’s career with videos of vaginas, golden showers and feeders playing in the background.

During ‘Fat’ the audience duck as they’re pelted with full sized cakes whilst towards the end of the show the band take it in turns to throw fish out into the audience. In typical Till style, there is no chat in between songs, instead, the audience are treated to the opening credits of the frontman running around the high street dressed up as a baby and later, giving a naked woman a German lesson and spanking her every time a mistake is made. 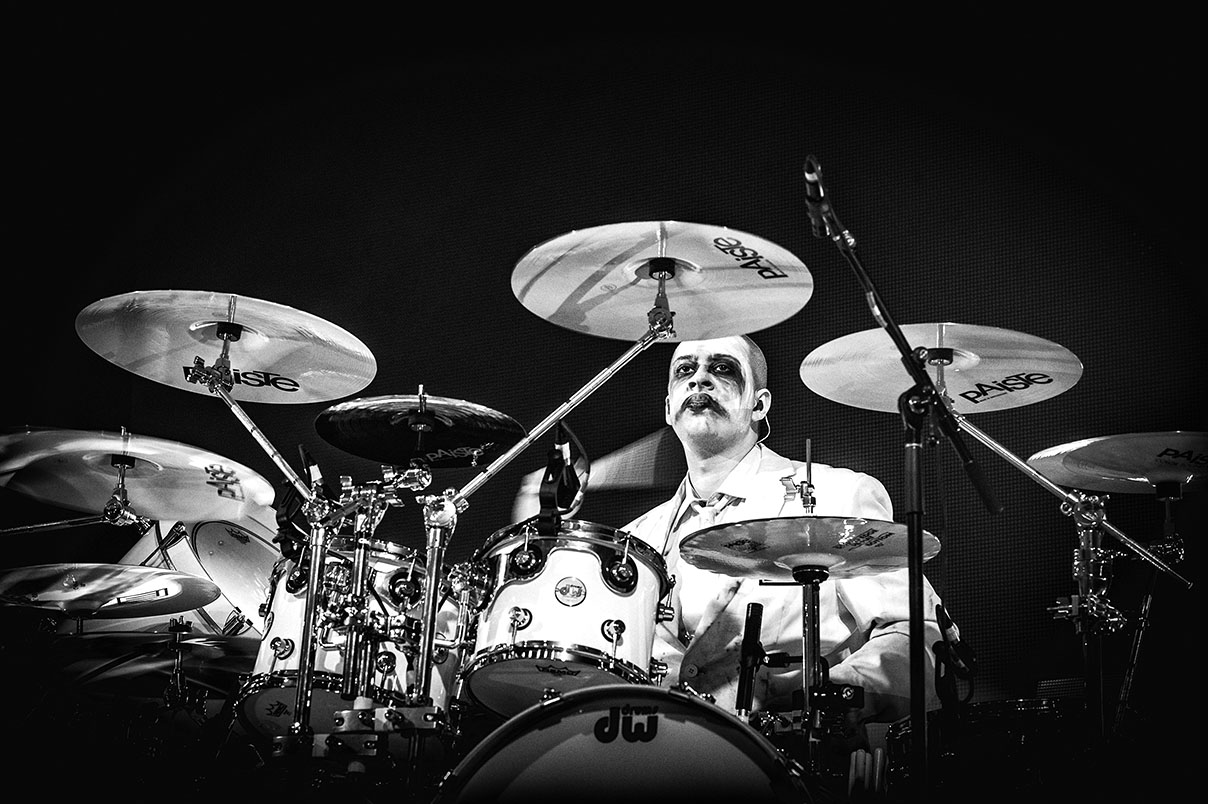 Whilst people wash the fish guts from their bodies and gather their belongings, it’s clear tonight has been a show that won’t be forgotten in a hurry. With Till at the helm and multi-instrumentalist and producer Peter Tägtgren’s magic touch, the band allows Lindemann to explore subjects that Rammstein haven’t touched upon before.

All words by Sophie Sparham. More writing by Sophie can be found at their author’s archive. Sophie is also on Twitter and has a website