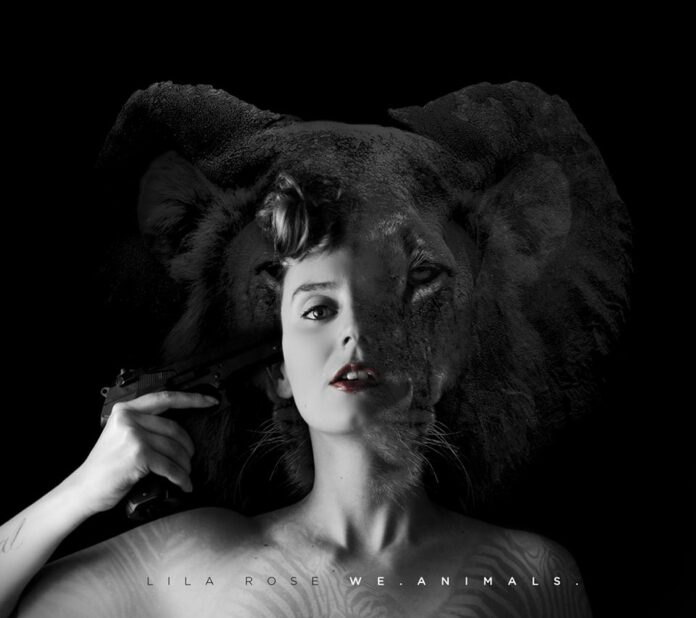 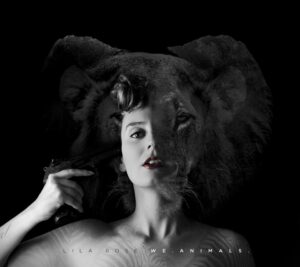 This beautiful yet dark and haunting is much more than your average record, it is borne out of frustration and anger for the way we treat the planet. This is an incredibly dark and personal record whilst remaining sonically brilliant.

WE.ANIMALS is the sophomore album from Canadian born singer-songwriter Lila Rose, born with a condition that makes it difficult to listen to music. This means that creating work such as this would not always be straightforward, yet we’re about to discover that Rose is not your typical musician.

The album opens with a beautiful acoustic track Stars featuring the most haunting vocal lain atop of it. Chanting “Shine On” the track takes a much darker turn, the depth of the bass is like a punch to the stomach, an incredibly different track to open the album though.

That darker tone underpins the album and it takes on many forms throughout. Yet there is also a concurrent message running alongside this tone, one of conscious, with Rose’s premise of the album being that we should all strive to protect the planet and its creatures.

This Could Be HA is the perfect exponent of this; she explores the weight of the world and how it could be easier if we were to take more care. The whole track is so dark that it is uneasy and there are harsh stabs of digital distortion coupled with yet another hefty bassline.

The tribal drums of Nothing To Lose signify the start of yet another pounding slab of darkness, its apparently clear that the influence of her beliefs take more of a hold as the album progresses. World on Fire is a particularly unnerving listen, its harsh and deliberate tone highlighting the pain in Rose’s lyrics.

Rose’s theme extends beyond the world that we live in to the creatures, which we share it with, Servant sees Rose state that she’s on the prowl. The brooding nature of the track again grabs your attention drawing you in, as her words convey a difficult message.

Misunderstood is a track which seems to begin with a lighter tone, yet in parts her anger really does show through as she seeks to challenge peoples perceptions of her. The height of which is conveyed in a rather harsh outburst as her anger peaks in the latter part of the track, another moment in the album that challenges the current zeitgeist, this time its not as subtle as it is in other parts.

The final and title track sees Rose’s final convulsion, the culmination of the record as she reminds everyone we’re all animals and should all be treat the same. It’s easy to feel the pain that Rose possesses towards the deliberate destruction of the planet and its creatures, these dark tracks are tinged with anger and frustration. At times it’s difficult to listen to, yet at times the subject matter is so compelling it’s hard to put the album down.