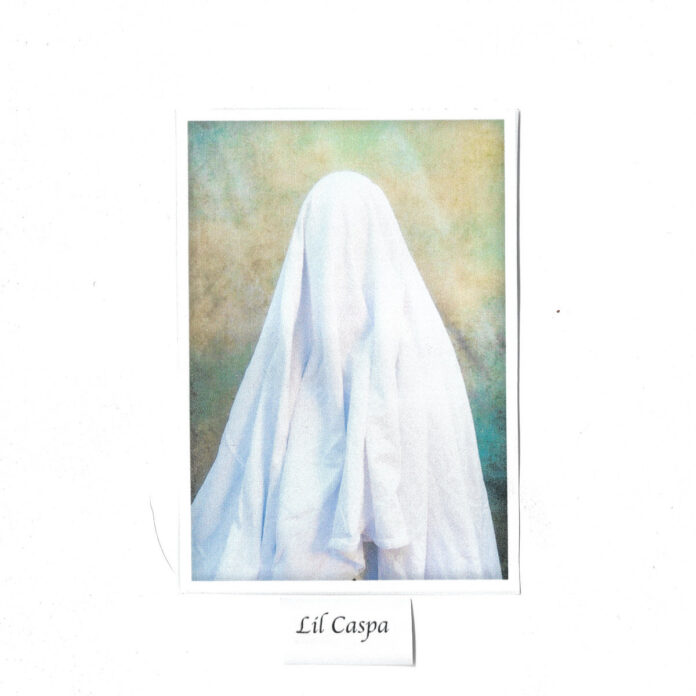 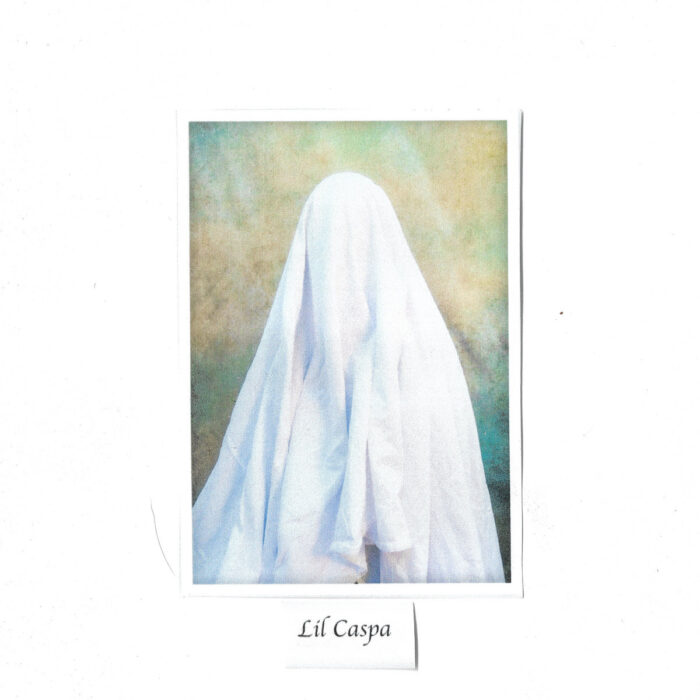 Caspa’s Lonely Ghost Club is by no means an easy album. Written entirely from the perspective of a fictional fame-obsessed child ghost (the eponymous Caspa), Lil Caspa’s debut gently blurs together genres as diverse as Post Rock and Hip-Hop, which is hardly surprising given their background. The Leeds quartet consists of 3 former members of indie-pop outfit Vitamin, alongside solo artist and producer Happa, who has previously contributed to songs by FKA twigs and David Byrne. Caspa’s Lonely Ghost Club reveals glimpses of pop sensibility but often prefers to relish in a bed of synthesizers and crunchy drums. And for the most part, this works. The album is smooth, with a retro feel regardless of the contemporary electronics littered throughout.

Opener Dead Famous establishes the tone of the record, whirling into life like an alien spacecraft — perhaps signifying Caspa’s ascent into the afterlife. Partway through, the sedate cloud-like electronics are sliced in half by a buzzing electric guitar; a regular occurrence throughout the album. It’s followed by Interlude (Voices), the first of many largely instrumental tracks on the record, the best of which is Grown Ups Suck. Despite its on the nose title, the off-kilter tribal drums and surging synths (as well as catchy vocal sample) ensure its place as the album’s most danceable track, reminiscent of Eric Copeland. It’s a stark contrast to Kicked Out of Heaven, which at a minute long is comprised mainly of explosion and police siren sound effects. This is the only point on the album where it feels like Lil Caspa may have pushed the concept too far, sacrificing quality control.

Elsewhere, on tunes like Paparazzi, they get it absolutely right, with the repeated phrase “all my friends are gone / where have they gone?” eliciting a wave of sadness. Lyrically it’s the most authentically childlike, thanks to its poignant simplicity. However, Lil Caspa don’t seem overly concerned with accurately portraying a 12-year-old mind, but rather use this concept as a vehicle to explore themes such as the afterlife, and the worrying effects of fame.

These effects are most apparent on lead single I Luv U Paris, an ode to the undead’s idol, Paris Hilton. “Paris Hilton could be really really into me” claims Caspa, proclaiming his love over a sparse R’n’B soundtrack. It verges on stalker-ish, a worrying insight into the mind of an obsessive fan. However, there is an infantile lack of sexuality in the song, with Caspa innocently offering to walk Hilton’s dog (the ultimate display of admiration). This element of humour is important tonally, shifting the album into satirical territory.

Chips In Heaven takes this to the extreme, with its contemporary Muzak aesthetic almost a parody in itself. There’s a Demon Days era Gorrillaz influence at play here, with Lil Caspa introducing acoustic guitar strums and an Albarn-esque vocal delivery. Caspa pores over the minutiae of the afterlife, posing questions such as “where are the dips in heaven?”. It may seem crude, but these comical musings force the listener to interrogate the details of a vastly abstract subject. On a personal level, Caspa seems to find this focus comforting during his journey into the unknown.

The juxtaposition of trivial and profound continues throughout standout track Guestlist, which begins with Caspa receiving a haircut. He later dispels his mother’s claims that he would “never make the cut” by attending a show with guestlist access. This would usually be a celebratory moment, yet in context, it becomes sombre for several reasons. Caspa appears not to recognise his situation. He has not made it. He is dead. His now grieving mother was, in a sense, right. All these ideas are underpinned by twinkly synths and chordal guitar twangs, on a midtempo tune that heightens the emotional impact through an unexpected use of strings.

Caspa’s Lonely Ghost Club’s multifaceted concept will alienate some listeners. At times its complexity directly clashes with the simplicity of the music. But this is why it deserves to be grappled with. Repeated listens are rewarded with the reveal of both lyrical and musical ideas, hidden from view the first time around. There are many themes, yet at the centre of the album, somewhere between soulful R’n’B and experimental electronics, Lil Caspa find satirical notions on the nature of celebrity. Caspa may be dead, but his obsessions continue to intrigue.

Caspa’s Lonely Ghost Club is out now on PT/5 Records.