Home Blogs Life on the frontline : Interview and article from a musician/journalist in... 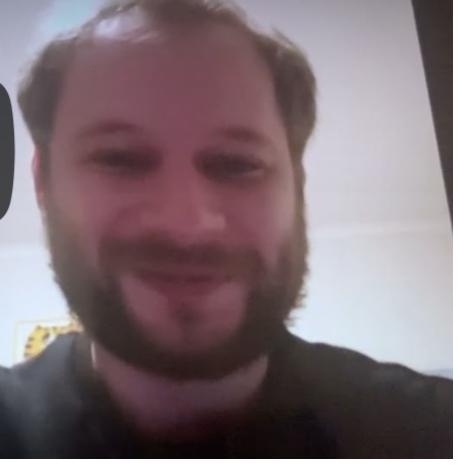 ‘I’m a journalist and musician in Kyiv. Russia tries to destroy my country. I know how you can help’ says Alex Bonderenko from Kyiv indie band Black Balloon and explains further in this article about the nightmare of being trapped in war in Ukraine.

On February 23 in the evening, I was sitting with my bandmate Alya (she’s frontwoman of our band Black Balloon) and our friends in the pub in the very centre of Kyiv. After that we went to my home drinking beer and watching videos of “Liga Smekha”. That’s a humoristic show founded by Volodymyr Zelenskiy which he led before going for a president.

Alya woke me up at 5 am. “Wake up. It has started. Hurry up”. I didn’t need more explanation about WHAT has started.

We’ve been waiting for a war to start for a month. Russian attacks are not something totally unusual for Ukrainians. I’m almost 30 years old, born and living in Kyiv. I have seen two revolutions — Orange Revolution in 2004 and Euromaidan in 2013. I was already working as a journalist in 2014 when the first invasion started. That year Russia occupied Crimea and invaded Donbas. So, there was no hesitation that Russian can do something awful.

But honestly almost no one believed we will face a full-scale war.

Almost everyone in Ukraine woke up on 24 February because of the sounds of explosions. Russians began to shell every major Ukrainian city — from Sumy in Eastern Ukraine to Lviv and Ivano-Frankivsk in Western Ukraine.

I called my sister and we decided to get to our parents. We have developed this plan beforehand. We were preparing but not actually believing.

We don’t count by the days of week anymore. So, it’s not Tuesday but 6th day of war. It is 6th day of war at the moment I write this text.

My sister with her boyfriend evacuated far away from Kyiv. In our house only few flats are still with people inside. If the numbers by UN are correct — at about 750 000 Ukrainians have already left the country. And I totally understand and appreciate their choice.

Ukraine faces a catastrophe. People die every day. There are missile strikes of the biggest cities. There is fighting all over the country including Kyiv suburbs. On the weekend there was a curfew in Kyiv for two days. Our forces were trying to find Russians who sneaked into the city. There were fighting and shooting all over the city. I’ve heard it for a dozen of times. I’ve heard sounds and explosions and fighter aircrafts.

We already got used to the sound of sirens. We hear it almost every hour and drive down to the basement. We are lucky, we’ve got a big basement in our house, so we don’t need to run to the nearest subway station. On the other hand, I do not know whether it’s safe enough. So, if missile hits our neighborhood we all could be dead under the blockage.

Nevertheless, a lot of my friends stay in Kyiv. Some of them fled. But even so everyone fights for our freedom, for our military forces. My friend (who is a DJ and art manager) quickly signed up to the local territory forces and patrols the city. He was pro-Russian all the way. He tried to convince everyone that it’s okay to work with Russians and be friends with. Right until the first missile hit his town. He told me they had a fight with Russian saboteur last night. And killed him, Russian saboteur in Ukrainian Kyiv.

The missile hit living house in Solomyanskiy district. This is the house near to ISTOK studio, where a lot of Ukrainian musicians recorded their albums. It is 500 metres away from the maternity hospital I was born in. Another missile heat near the Okhmatdyt children hospital. It’s the organization my mother works in. One boy was shot dead, 3 wounded. During these days 16 children are already killed, not counting thousands of innocent people wounded and hundreds dead.

This morning artillery destroyed the entire centre of Kharkiv — 1-million people city which is the motherland of Ukrainian mainstream hip-hop.

What’s happening in Ukraine right know is absolute and obvious evil. Yesterday Placebo posted a photo in Twitter where two people were hugging — one in Ukrainian and another in Russian flag. They got tons and tons of criticism in comments from Ukrainian fans. Why would they be so angry on a photo which is obviously about peace? Because it is tone-deaf.

Because it is not about “conflict” or “crisis” or anyhow you can call it. All of these definitions are not wrong, but criminal. It is a war. It is an invasion. It is an occupation. It is a predator who destroys life of entire country with 35+ mln innocent people living in it. So, you have to choose side. You can whether support Ukraine, or war, evil and chaos started by Russia, Belarus, Putin and Lukashenko.

That’s why we, people of Ukraine, musicians and journalists ask every musician, businessman and band to cancel their dates in Russia. To make it as public as they can to show their position. To show they do it not because they will have no ability to fly in, but because they are really against the bombing of peaceful towns.

We also ask all the music distributors and streaming services all around the world to stop supporting Russian offices. Although Ukraine was invaded by Russia in 2014 our music industry is still majorly dependent on Russian market. Spotify and Apple Music content in Ukraine is managed from Moscow offices. Orchard and Believe distributors have to get permissions from Moscow offices.

It has to be changed. We don’t what CEE or CIS region jurisdiction anymore. We need to be Ukrainian region. Or European region. We don’t want to be connected to Russia in any possible way. And that’s what British, European and American music industry can do to help Ukraine right now.

While writing this text I was hearing air sirens 4 times. I don’t know when it will stop. I don’t know whether I will get alive from this war. But if I, luckily, do I hope that at least we will have independent music market and Russia totally isolated from the civilized world.