Home Blogs My life as a Manic Street Preachers fan – Everything Must Go... 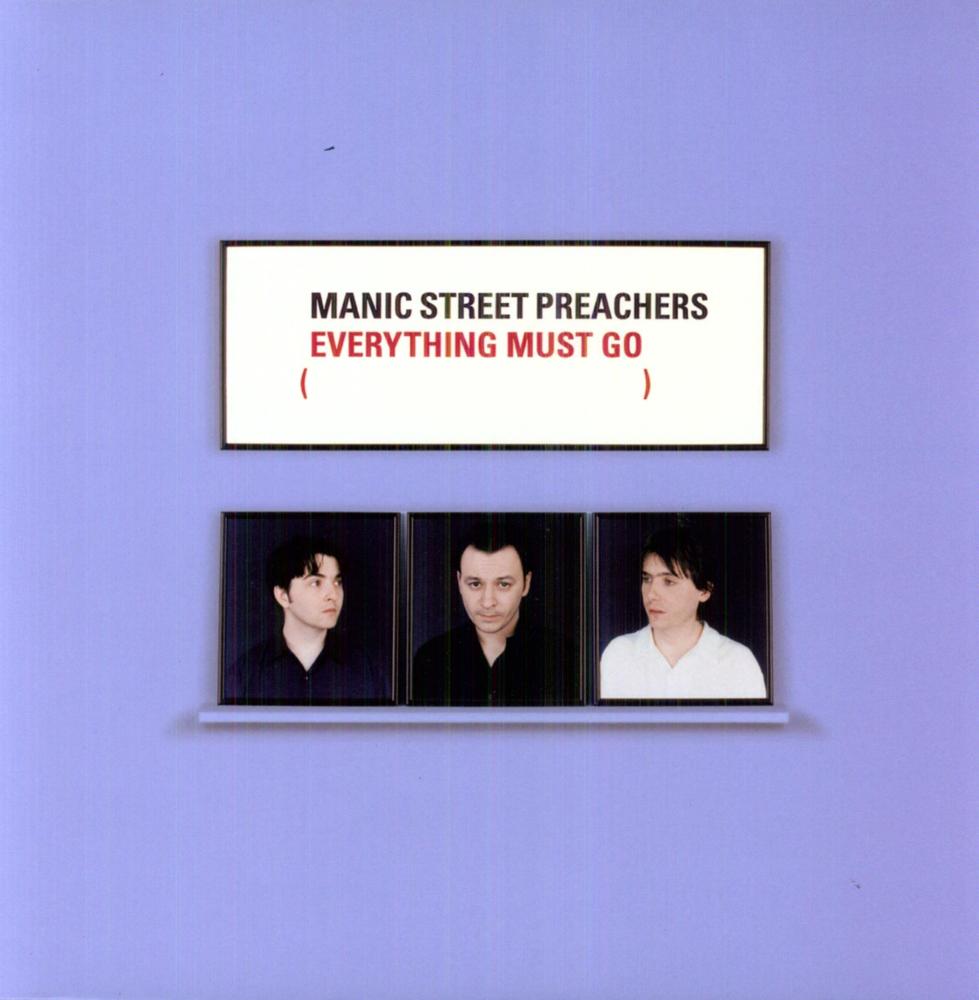 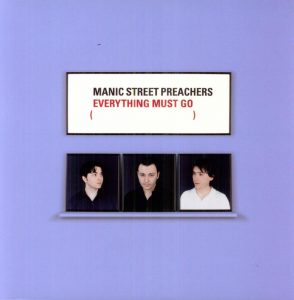 The Manic Street Preachers were one of those bands that changed lives. Their current tour -a 20th anniversary celebration of their classic Everything Must Go album – is a reminder of their potent power. We sent fan Alice Rosenthal along to one of the gigs and asked her not to review it but to tell us why this band means so much to her and her life…
I became aware of the Manics at the end of 1994. Not an ideal time, but we can’t pick when we’re born, or when we’ll hear the album that will shape our lives. I was officially ‘too young’ to go to the Holy Bible tour, so the first time I got to see them was in April 1996 when they supported Oasis at Maine Road. The first time I saw them, at their own gig, was on the 26th of May 1996 at Wolverhampton Civic Hall. This 20th Anniversary tour therefore obviously felt like it was mine, as well as theirs.
That first gig is still one of the best experiences of my life. We convinced our parents to drop us off around lunchtime so we could ‘go to the record fair’ (queue up to get on the barrier) and I still occasionally get twinges from the damaged rib that that punctuality afforded me.

It was a potent scream of a gig.

The album came out that week, I’d picked it up from Our Price on the way to school, and listened to it on my CD discman til I got caught by a (probably not very) eagle eyed teacher. We knew all the words to everything.
EMG 1996 felt like a release, they’d battled adversity, come back, and written the single that would attract an entirely new, and far more comfortably dressed audience to Manics gigs. I spent the next day watching VHSs of their concerts, wearing and drinking from my merch.

I haven’t been to a gig like it since, at least not entirely.
For those of us that missed out on the original HB tour, the one that took place over 2014 and culminated in a joyous, raucous celebration in Cardiff last summer was as much loved as needed.

I went to four dates and I am only going to one on this, I think because I actually got to see it first time, it doesn’t feel as desperate. The HB tour felt a like picking away an old scab, then pouring Dettol on it; so it really F**king hurt, but you knew it would be better in the end. Everything Must Go, I discovered, felt more like looking back at old pictures of when you had some illness or other, and realising how much better you are now.
So, to 2016 and the Genting Arena. The leopard-print count was low (entirely to be expected) and the leisurewear count was high. I didn’t walk in and feel excited but maybe ready… We didn’t get in the pit, such as it was, but were easily able to get within a few metres of the barrier, Wire side, and at one point could have even nabbed a spot on it, but thought better of it, and I imagine if it could, my rib would thank me.
The relief of JDB and Sean to be back in their civvies is almost palpable, although I note Wire seems to have not got the dress code memo. His Pumas made a token nod, but his array of crazy jackets were firmly not of the 1996 uniform. He was the crazy fun art teacher to James’ dad wanting to impress at parents’ evening. The songs still sound AMAZING although I would bet if they’d had a choice Design For Life wouldn’t have been spunked away second. Everything Must Go still sums up the whole album; a triumphant, unapologetic, screaming rock song, drawing you in and whipping you up.
James went acoustic for Small Black Flowers – and smilingly told us beforehand to be quiet- ‘this is the emotional bit’. We were reminded of Richey before Girl that Wanted to Be God… Nicky paying tribute to ‘two great poets and lyricists, Sylvia Plath and Richey Edwards’. The three screens at the back showed the EMG quotes ‘A House is a Machine for Living in’ etc and vaguely apocalyptic scenes throughout. A bit of brutalist architecture was thrown in at one point, nice in the city which is currently waving goodbye to Central Library. The live images of the band during this set were all in black and white, they changed to colour for the greatest hits.
Australia made me beyond happy, still a proper banger live, although the crowd-surfer count seems to have dropped. Rams the point home too: ‘This is the past that’s mine’. And, that was what I found a bit odd, as the gig went on the album began to sound like it had always been intended to be played at an anniversary, like it was looking back on itself. The final songs – the emotional gut punch of Further Away and No Surface All Feeling – particularly felt like this. ‘Feel it fade in to your childhood’ anyone? Or ‘It was no surface, but all feeling, maybe at the time it felt like dreaming’.
So, it wasn’t a catharsis like the HB tour was, or like EMG was two decades ago. It was like visiting a really old friend and realising you can still chat for hours without stopping, and you still care enough about them that when they push the right buttons, you’ll cry (it was only a bit, honest).
The greatest hits/rarities that came after seemed to go down better with the majority of the crowd, there was actual dancing for You Love Us and You Stole. For my part, I loved hearing Natwest-Barclays-Midlands-Lloyds, because I don’t think I ever have, although some of the crowd probably wondered what Midlands was, other than our immediate location… (It’s not war) Just the end of Love was also ace for me… And I loved Nick’s shout out to the Aston Villa Leisure Centre (also used to run record fairs before Manics gigs) and the little footy chat that followed.
With Design for Life sadly indisposed as a closer they opted for a You Love Us and Tolerate double header. I had my first pogo of the night, which frankly freaked me out, but I think that was partly my fault for not getting in the crowd, and partly cos we were all watching more than participating, entirely the opposite of the gig 20 years previously. I loved it, I love all Manics gigs after all, but it was a comfortable snuggle on the sofa love, rather than a crazy, passionate, needing love. It was the first Manics gig, I think ever (I’ve seen them around 35 times I would guess), where I didn’t leave feeling particularly emotional, in any way. I wasn’t sad, or drained, or exalted, just reassured and content. And I think that is very much the point of EMG.
Set List:
Elvis Impersonator: Blackpool Pier, A Design for Life, Kevin Carter, Enola/Alone, Everything Must Go, Small Black Flowers That Grow in the Sky, The Girl Who Wanted to be God, Removables, Australia, Interiors (Song for Willem de Kooning), Further Away, No Surface All Feeling.
Tsunami, Motorcycle Emptiness, Walk me to the Bridge, Your Love Alone is not Enough, Natwest-Barclays-Midlands-Lloyds, You Stole the Sun from my Heart, Roses in the Hospital, (It’s not War) Just the end of Love, (Feels Like) Heaven, You Love Us, If You Tolerate This Your Children will be Next