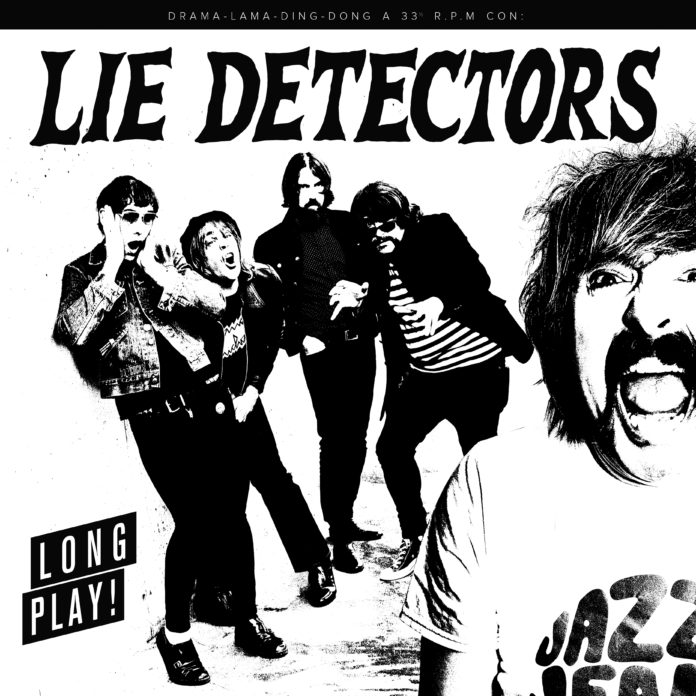 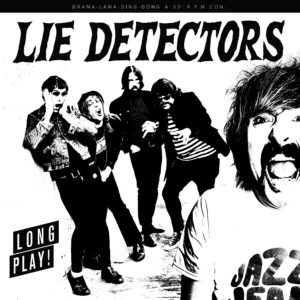 Spain’s Lie Detectors finally get round to releasing their full-length debut album and come out with a great slab of good-time rock ‘n’ roll.

Hailing from the town of Errenteria in Spain’s Basque Country, Lie Detectors have been around for a few years and have released a handful of singles and EPs that have captured their infectious live shows, but now they have finally put out a debut album, simple titled Long Play, and it’s every bit as good as expected. The songs pump along full of the effervescent energy of their concerts. The whole album is an aural riot that grabs you by the collar and drags you up to dance.

After a brief instrumental to kicks things off, the band hit their stride early on Megatón Ye-Ye. It’s a classic blues riff-based rocker, nothing new, but done with their own punchdrunk style. The organ skips over the breaks bringing a wry grin to your face as the guitars lay the foundations with a solid crunching kick. All of it a great vehicle for the voice of singer Txema. However, by the third song, they are already switching things up to roll in pure garage-psych on the deliciously grooving Hello! Agur!, before Así Así hits and the throw the two styles together. The verses continue to wind and slink before rising up into air-punching choruses.

The album flies by on gyrating rhythms that rise up, drop you down and suddenly whip you into a spin before taking off again. It’s a giddy rollick through a well of classic rock ‘n’ roll sounds that the band are drawing on. They are drinking only the best. Nuevo Lugar brings a more powerpop edge while Muero En Primavera sees them start to trip down the path of desert-rock with its sparser opening verse that soon kicks up into a dangerous stabbing rocker with its tremolo-drenched breaks. The band sign off with what is surely a live favourite, El Regalo, a cracking ode to their drink of choice. It’s almost a novelty end after the songs that precede it, but injects one final dose of high-energy garage punk.

It’s taken Lie Detectors a while to get to releasing their debut album, but on the evidence of Long Play, it’s been worth the wait. Yet another band to keep an eye on in the ever-burgeoning Spanish Underground.

Watch the video for El Regalo and listen to Hello! Agur! below.