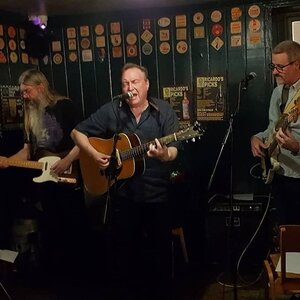 Ahead of a new album penciled in for the first half of 2020, Liam Grundy has just released a one off single titled “Every Time It Rains”.

Recorded at his studio in London, this melodic slice of country rock features his musical partners in crime, Preben Raunsbjerg on guitar and Richard Sadler on bass and displays Grundy’s inherent knack for a good tune and top notch songcraft. All chiming guitars and clever licks by Raunsbjerg, the song wouldn’t have been out of place on a later day Glen Campbell with its lovely harmonies and chiming piano chords. High quality that bodes well for the forthcoming full length.

Liam will be playing a one off gig at The Oak in Kingston on Sunday the 8th of March 2020. Featuring a full band the show will be a rare occasion to hear some songs from the new record.