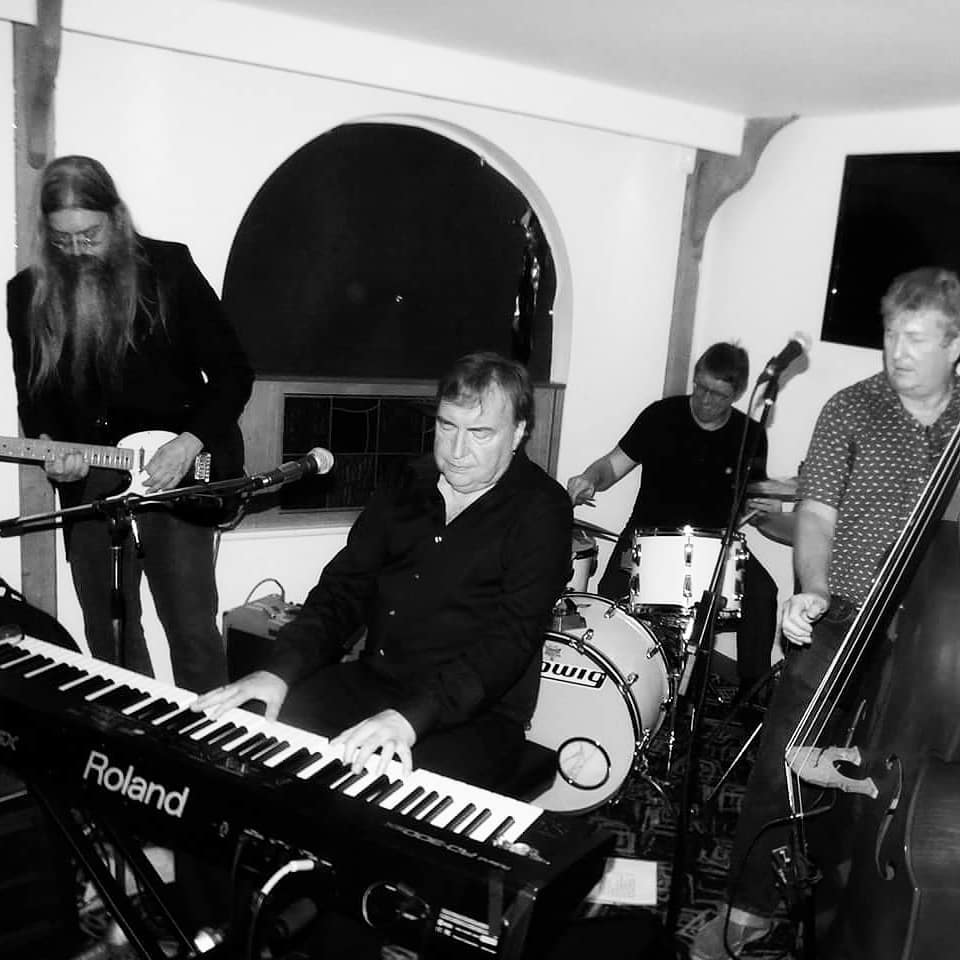 Liam Grundy returns to the Bulls Head for a night of of immaculately played rock’n’roll, country and New Orleans classics. Louder Than War’s Craig Chaligne reviews.

There is nothing like a great songs played with conviction, chops and taste and Liam Grundy’s quartet proved it times and times again during their two sets at the Bulls Head. Featuring  Pete Pritchard on bass, Preben Raunsbjerg on guitar and Neil Bullock on drums, Liam’s band laid a solid groove and displayed versatility in spades, jumping from different musical styles with consummate ease. The setlist featured numerous tracks from Liam’s solo LP’s Houston and Richmond. Jerry Reed’s “Guitar Man” was the perfect showcase for Preben’s guitar skills while Pete Pritchard proved himself a great vocalist too when he sang lead on Carl Perkins’ “Matchbox”. Neil Bullock kept things simple, eschewing too many flourishes but swinging nevertheless (as all great rock’n’roll drummers do). Liam kept the banter to a minimum which enabled the band to play more than thirty songs over the course of the evening, his song introductions were short and to the point displaying a dry sense of humour that had the crowd in stitches (“I’ve got the Instagram thing, don’t have any followers though”).

Liam has always championed the music of legendary Essex songwriter Mickey Jupp and he managed to squeeze two of the pub rocker’s most well known tracks in the setlist (“Boxes and Tins” and “Don’t Talk To Me”). For numerous years Liam worked with Billy Swan, the famed American songwriter so it was only fitting that Swan’s “I Can Help” was featured while a reworked version of Solomon Burke’s “Cry To Me” and a great take on Allen Toussaint’s “What Do You Want The Girl To Do” provided the evening’s soul side. Liam’s two albums feature some excellent original songs, some of which were aired tonight (the honky-tonk lament “You Got Me Wrong” and the ballad “The Way it Has to End”). Liam said they would be back at the Bulls Head soon, make sure you pay them a visit when they do.