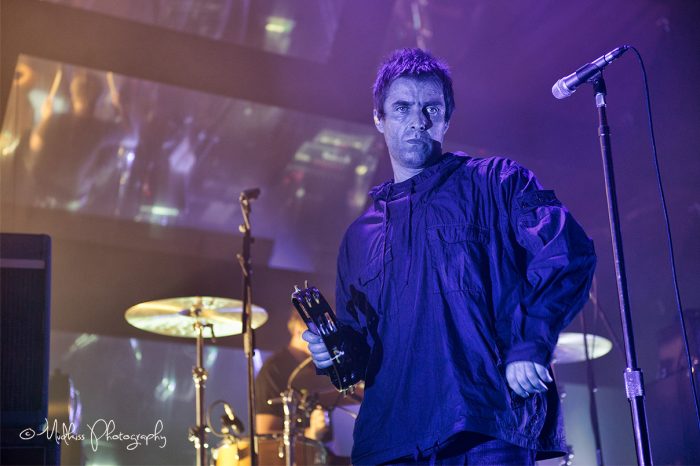 Amongst some of the tightest security known to mankind and a heavy police presence outside the venue, Liam Gallagher made a storming return to Manchester at his first solo gig. Nigel Carr reports for Louder Than War with photos by Melanie Smith.

Twenty two white candles set a backdrop for the former Oasis star, each one burning brightly as a poignant reminder of last week’s bombing at the Arena, just a short distance across town from tonight’s venue. The gig, a fundraiser for the Manchester bombing appeal fund, sold out within minutes. Spontaneous chanting sprang forth as the pure excitement, anticipation and raw emotion punctuated the event.

The O2 Ritz, with a capacity of just 1500 is absolutely rammed, shoulder to shoulder rag hot. Liam swaggers up the steps onto the stage to the chants of ‘Liam Liam’. He addresses the audience, ‘I am he, as you are he, as you are me and we are all together’ as the familiar strains of Rock n Roll Star crank up – immediately the audience explodes.

It’s a wam bam thank you mam, roller-coaster of Oasis hit after Oasis hit, interspersed with new stuff which Liam introduces almost apologetically. It’s just great to see him, smart, close cropped hair, blue hoodie, head tipped up the mic, looking ever so slightly humble! It’s the perfect scenario; of course he wants to introduce the new songs, but he knows what the crowd wants and the tactic works perfectly. Appreciation during the unfamiliar tracks; glam stomping anthems and lighter acoustic moments, before slamming to the next sing-along – sitting on each other shoulders, arms aloft, punching the air. 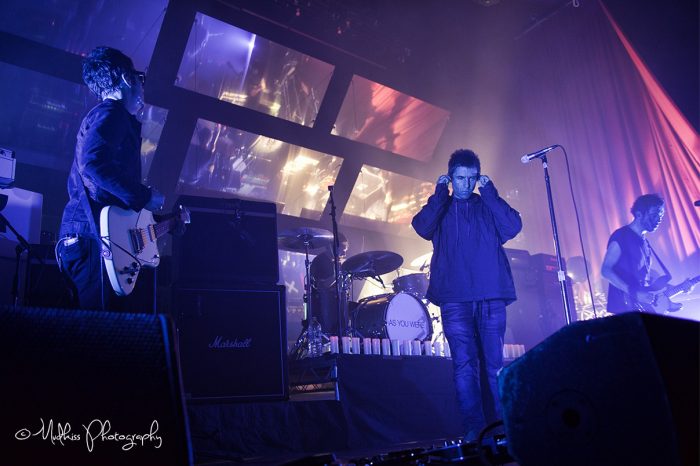 Bonehead is pulled up on stage for the closing track Be Here Now and the band strolls off. The chant of ‘Stand up, for the 22’ rings around the auditorium as Liam returns for a moving a capella version of Live Forever. The Ritz rings to the sound of the song long after they realise he’s not coming back for a second encore.

It’s a cracking gig for Liam and the band. OK there was talk of Noel joining him on stage after Liam appeared to build bridges by tweeting ‘Happy 50th rkid stay young LG x’ yesterday. The crowd also expected Don’t Look back In Anger, which has been the spontaneous anthem of the post Manchester bombings, but it just wasn’t to be.

What we got was a stunning return to form in just over an hour of intense emotion – and a lot of fun. Something this amazing city needs as much of as possible right now.

In The Bushes (walk on music)
Rock ‘N’ Roll Star
Morning Glory
Greedy Soul
Wall of Glass
Bold
Paper Crown
D’ You Know What I Mean?
Slide Away
All I Need
I Get By
You Better Run
Universal Gleam
Be Here Now, featuring Bonehead
Encore
Live Forever, acappella