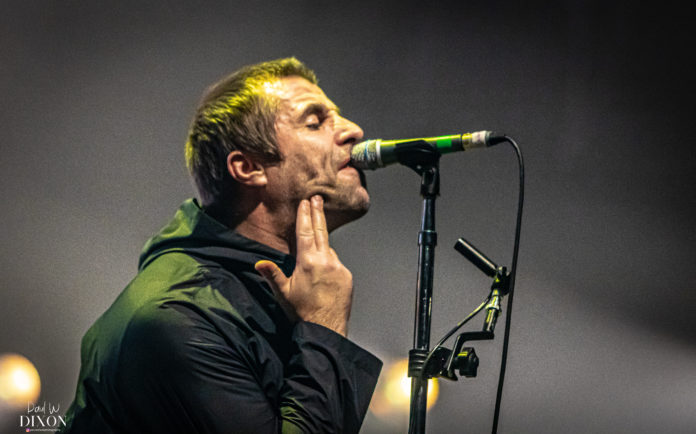 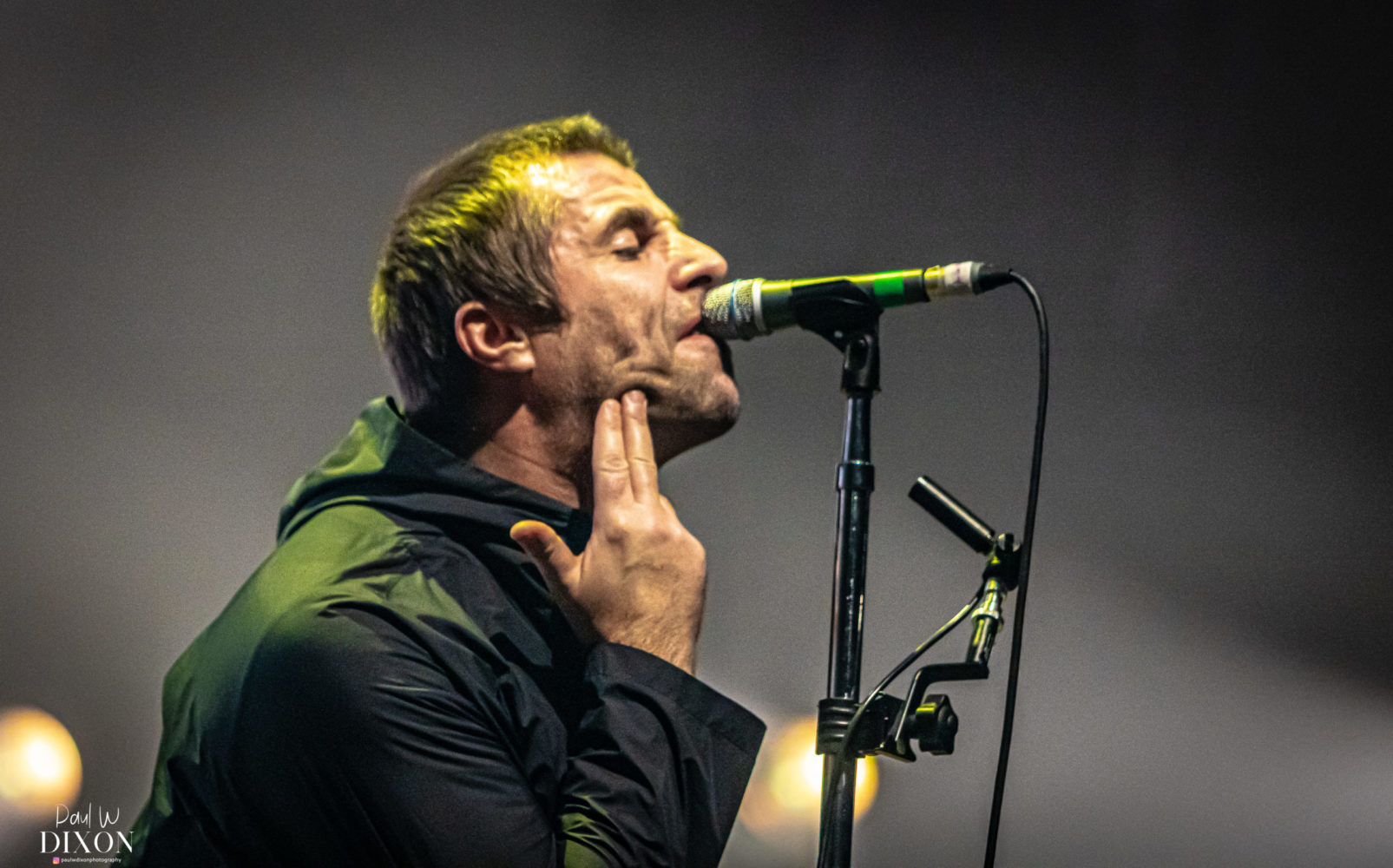 One of the finest vocalists from Manchester is now proving himself to be one of the finest songwriters. Liam Gallagher’s latest long player Why Me? Why Not only goes to show he is more than capable of styling lyrics that form timeless tunes. Matt Mead catches him on tour in Nottingham for Louder Than War.

The last time I was in the same room as Liam was back in 1994. Oasis were breaking on the music scene as the next Stone Roses. Being a big fan of the Roses I went to Nottingham’s Rock City to see what all the fuss was about. The place was packed out, with Ocean Colour Scene as support, this was post Definitely Maybe being released but the euphoria in the venue was at boiling point, Liam being at the point of all lenses and eyes on the night. Fast forward 25 years and nothing much has changed.

Tonight kicks off with Boy Azooga doing a sterling job as the opening act with their loose bouncy indie rock. The band play with a hunger to entertain those in attendance, playing their known hits including the touching Jerry plus Loner Boogie they also include a Status Quo dance. The second support of the night is Miles Kane who could be Liam’s son. Wide-eyed and on the loose, he resembles a manic Iggy Pop but with a shirt on playing out his own brand of upbeat rock.

With stagehands frantically getting everything in place which inevitably leads to an introduction as light-tastic as indoor bolts of lightning Liam enters the stage to a bevvy of audience noise, everyone on their feet frantically baying for the returning champion to give them what they want. He obliges with Rock ‘n’ Roll Star getting proceedings underway, the standing crowd bouncing on the spot with those seated around the perimeter sending their own love towards the stage in the form of any audible noise.

The band tonight include the regular members including 3 piece backing singers plus original Oasis member Bonehead whose inclusion is mostly on those well-known Oasis show stoppers including Stand By Me, Supersonic and Gas Panic. The crowd all sing along like their life depends on it, when I say everyone not a mouth is shut in the place for the duration of the set. Liam’s son Gene enters stage left to play some drums, giving the line up an Adam and the Ants feel with double drums plus young Gallagher gets in on some bongo action. A family affair.

Liam’s solo material is given as much raucous appreciation as the Oasis stuff. Shockwave, Once and Wall Of Glass shows a maturity in his evolution as a standalone songwriter and composer, leaving his critics to turn around with their tails firmly between their legs. Beady Eye released some decent stuff but this new material is the real deal which could comfortably fit into the Oasis back catalogue, but maybe it’s a good thing these compositions aren’t swamped in the sort of euphoria that can overshadow new material if played in a world-famous group.

The end of the night comes in the form of encores of Acquiesce, Roll with It, plus the unforgettable almost acapella version of Champagne Supernova. Liam alight with a single spotlight on him, the hood from his jacket over the top of this head, as he belts out those familiar to all lyrics giving little excuse for the thousands in attendance to hug each other, swaying side to side, not in unison, some but maybe not all will remember belonging to a memorable Tuesday night in Nottingham.

Liam Gallagher can be found at this own website

All pictures © Paul Dixon. Paul can be found via his website</a