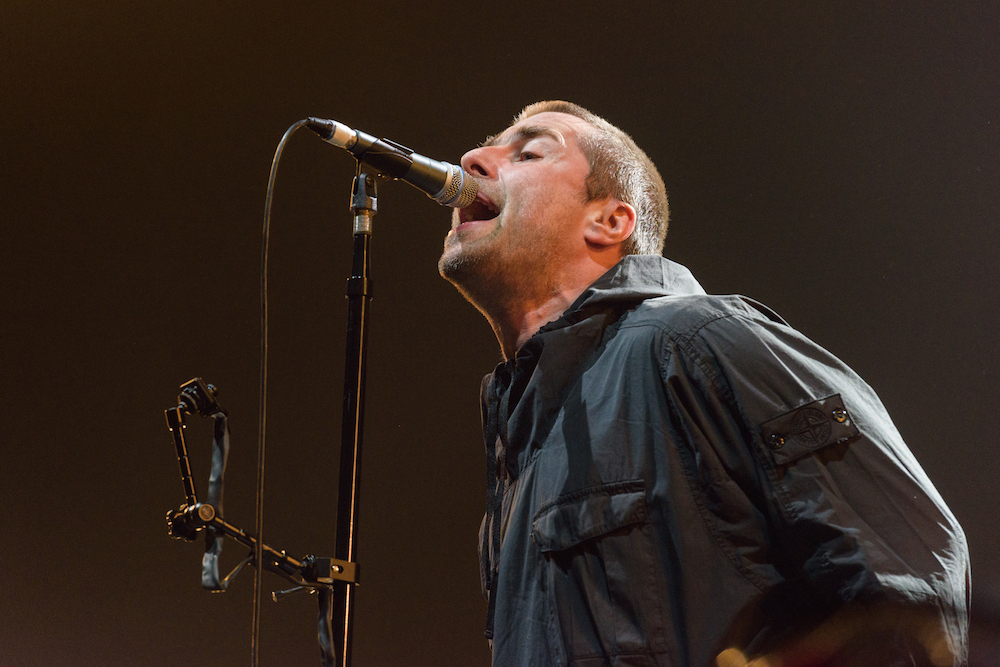 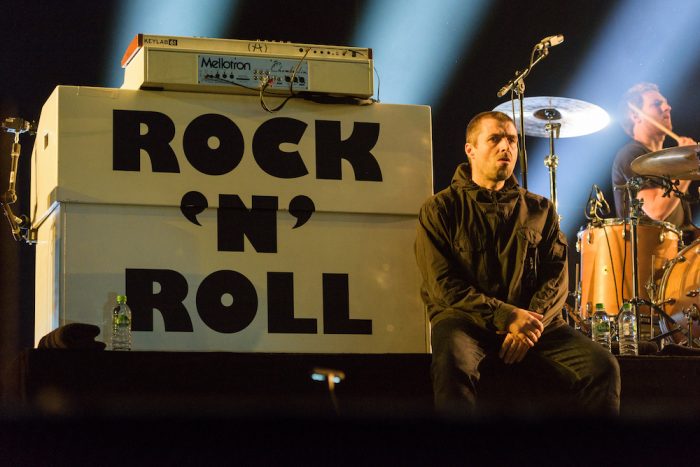 An exceptional performance that sees Liam Gallagher’s new album As You Were really shine among numerous classics.

Following on from the triumphant release of As You Were, Liam Gallagher is now taking his show on the road to packed out arena crowds across the country. Liam is an undoubted icon, known for his attitude and swagger. Tonight appears to have drawn out every Liam Gallagher wannabe for miles around as they all swagger their way into Newcastle Arena filled with bravado.

Kyle Falconer opens the show, but it’s a disappointing start from The View front man. Where The View possess fervency and urgency, Falconers songs fall fairly flat with his Dundee drawl not really connecting with the audience. An arena really isn’t the setting for his solo tracks, chilled out acoustic ballads are lost in this cavernous venue.

From one end of the scale to the complete opposite with Rat Boy taking to the stage next, his Big Beat inspired tracks possess an unrivalled energy to that of Flaconer. However, he to doesn’t seem to connect with the ever growing audience. There’s a small collection of fans at the very front but for the most part his tracks fail to ignite the passions of the crowd, it’s a shame as the likes of Move and Knock, Knock, Knock seem to carry well in the arena, it just isn’t the right crowd for him.

There is a palpable tension in the interval that follows, the tracks played during the change over garnering more of a reaction than either support band. The Jam and The Stone Roses benefiting from deafening sing-alongs, and the crowd also see this as an opportunity to begin throwing their drinks at one another early. As plastic glasses fly up from the crowd, the lights dim and Fuckin’ In The Bushes begins to play.

Liam swaggering on to stage, waves to the crowd, poses for photos and then greets the crowd before diving headlong into Rock ‘n’ Roll Star. It’s an immediate hit, with deafening noise from both sides and it is completely overwhelming. Despite the inordinately loud PA volume the crowd still manage to overpower it with their collective voice. It sets a high precedent for Gallagher’s set, one which is quickly compounded with Morning Glory.

Whilst many are still keen to hear the old songs, there is a heavy chunk of new material mixed in. For What It’s Worth and Wall Of Glass seem to better suit Liam’s vocal when compared to older material, whilst still retaining a similar sound to those well-loved tracks. He soon slips back into a run of Oasis tracks with Some Might Say proving a particular highlight as well as Cigarettes And Alcohol.

It’s newer tracks like You Better Run and I’ve All I Need to compound the deserved excitement around this solo tour, As You Were in its own right is an excellent album. Tonight really showcases that, the Oasis songs are undoubted crowd pleasers giving the beer soaked crowd something to sing-along to but the real excitement should be around As You Were and the renewed vigour of Liam Gallagher.

~
Liam Gallagher can be found online here liamgallagher.com. He is also on Facebook and tweets as @LiamGallagher.