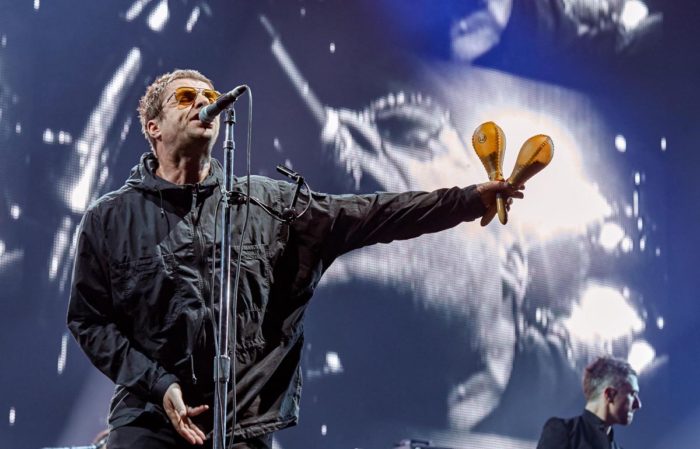 Liam Gallagher returned to Manchester on fine form on this fair Mancunian day with the weather holding out and the masses turning up to witness a great gig with a Sterling (for you City fans!) line up and a proper ar kid day out for the indie kids. Wayne Carey gets out of his street urchin abode to mingle with the young uns….

Getting to the venue was a laugh in itself, meeting up with some fans having a pre gig drink at The Tollgate, watching all the Pretty Green brigade making their way to the venue. I even witnessed the worst Oasis tribute buskers howling out some tunes with what looked like their gran joining in! They may have been doing this for charity. If not, don’t try this at home or on the street. I just hope they were taking the piss…. 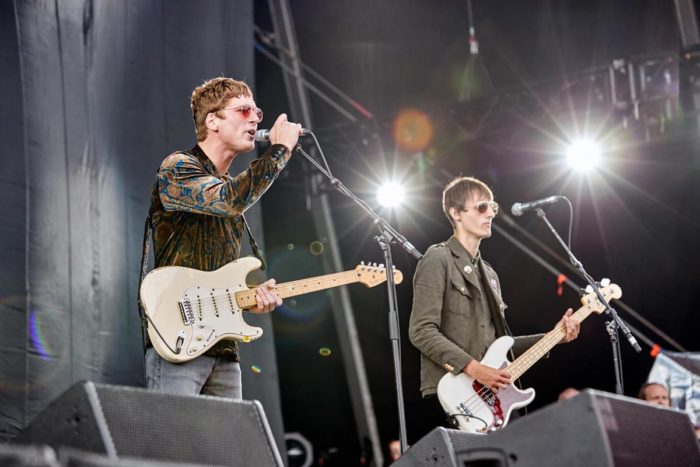 First up are are the excellent Twisted Wheel fronted by Jonny Brown with a brand new line up and a point to prove after putting his troubled past behind him. I last saw them support Oasis in 2009 and they are better than ever. Jonny is obviously the force behind the Wheel as they are tight as fuck and the tunes are the Mod stuff we remember from the past such as Lucy The Castle. I’m glad they’re back as they are a part of the Manc music scene that holds the cement with great songwriting. She’s A Weapon had an obvious Oldham contingent rocking like fuck at the front and the excellent You Stole The Sun goes down a storm. Welcome back, Jonny music needs you and I’m glad you’ve held it together and got yourself back on track to write top tunes.

I’ve always like a bit of grime due to my love of the louder stuff and it’s the closest music genre to punk due to it’s street origins. I’ve always associated it with the London working class areas and was dead surprised when I realized Bugzy Malone was from Crumpsall. My mother was a nurse at North Manchester General Hospital for most of her career so this place holds a part in my life being an NHS old skooler meself. I saw Skepta years back in Milton Keynes by accident when The Prodigy played there way back. No one had heard of the fucker at the time but I’ll never forget that fuck off bass shaking the floor. Bugzy is from the same cannon and obviously has shed loads of fans in our neck of the woods. He gets the place bouncing with tracks like Walk With Me and the excellent King Of The North. A masterclass in Northern grime. 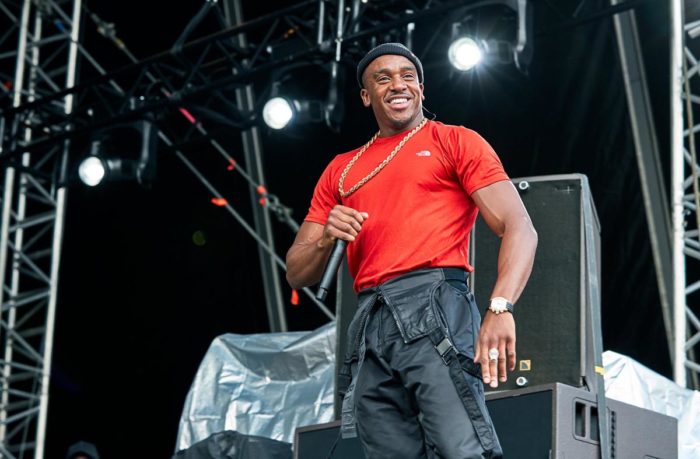 This guy needs no introduction really. The Verve have always been one of my favourite bands and his set is heavy with their tracks. Him and McCabe have truly wrote some classics in their time and the Ashcroft just keeps coming with his excellent solo output. Someone (I’ve almost forgot them, commented on the LTW FB page regarding his latest album ‘ no more MOR’??? What’s that all about? RA is a class songwriter and deserves more respect than a two bit comment from a luddite. I miss the first two songs due to the massive bar queue but can hear the brilliant Sonnet being sang word by word by the crowd. We get an awesome Lucky Man and an even more awesome Weeping Willow from THAT album. Bitter Sweet Symphony just lords it and the audience are in heaven. He actually only does three solo songs including They Don’t Own Me, but the crowd just appreciate all of it. His guitar playing is quality and he could have headlined this gig with no worries. 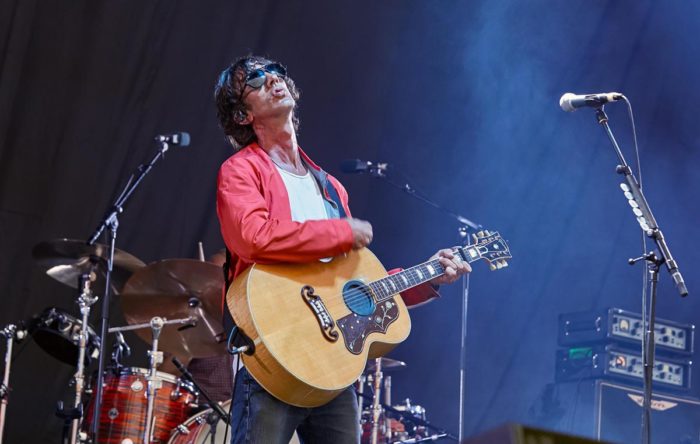 The crowd are now getting ready for their favourite prodigal son Liam Gallagher. He’s the funniest fucker on Twitter with his million plus followers and still remains the cockiest Manc bastard on the planet. Love him or hate him he has that charisma that shitloads of people would kill for. He copies that Ian Brown swagger as he enters the stage in his traditional parka and Fuckin’ In The Bushes is aired for all us Man City fans just to fuck off those Man U fans across the road. Unity is here though as music is fuck all to do with football and we can just revel in the atmosphere of loads of pissed up idiots getting together. I’m in the front pit and there’s loads of beer swilling maniacs forming circle pits and just fucking about which is the norm for a gig like this. I see a few fights and skirmishes as you will always get the idiot brigade at these massive Indie gigs. And they say punks are violent? No way mate. Go to Rebellion. Different crowd, intelligent, loving people, louder music. But swaying back to the indie you get a masterclass of Oasis from the frontman who has always been Marmite. Rock ‘n’ Roll Star has the swagger and punch as does Morning Glory. 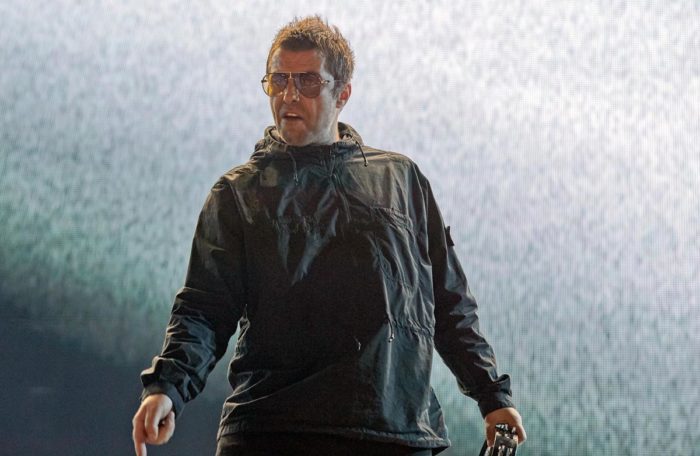 Liam doesn’t need to reform Oasis. His backing band are fucking brilliant and Wall Of Glass is awesome. He powers through the classics like Champagne Supernova and even throws a Beady Eye song into the mix. His tribute to Aretha Franklin is really touching with her face displayed in the background as a testimony to a true talent. The last few songs are immense as he hits us with Supersonic and another Oasis favourite Some Might Say. Highlights of the night for me by far were Cigarettes & Alcohol where Bonehead comes out of hiding to the delight of old Oasis heads, and Wonderwall has the whole place erupting in a mass karaoke session (who doesn’t know the words??) To top this all off Richard Ashcroft comes on to play guitar on Live Forever and Liam walks off in true cocksure style to a mass applause. A great gig for the indie contingent and a marker for anyone who thinks Oasis need to reform. I say no. But that’s my opinion…. 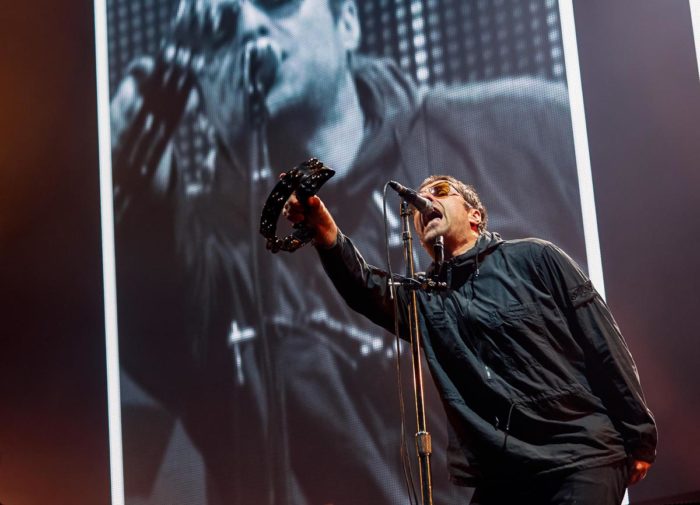