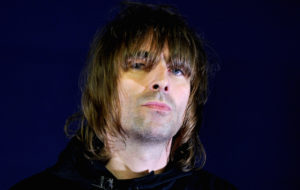 Like an indie Donald Trump Liam Gallagher has been announcing his new album on his Twitter account and seems in fine fettle. His latest announcement is that the album is called ‘As You Were’ and as he explained to Q magazine the album has “flair, attitude, the melodies are sick and the words are f*cking funny. You won’t be scratching your chin. It’s not Pink Floyd and it ain’t Radiohead. It’s chin-out music.”