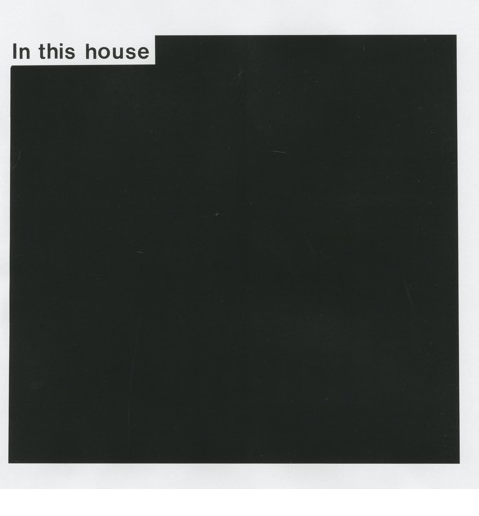 I have to come clean. Back in December 2019, I wrote Lewsberg’s new long player a rather effusive love letter. You can find bits of it in their press release. At least I think so. Although the letter was addressed to the band members (whom I’ve known for quite a while), it wasn’t really meant for them.

Why do it? Well, the boring answer is that they asked me to tell them what I, as an old pal, thought of their new work. Another answer is that I did it to ease my mind during what was a difficult time for me personally. The act of listening to the set and embracing Lewsberg’s diffident, elegant world turned out to be the balm I needed. Lewsberg’s music doesn’t get in your way. It’s just there if you need it.

This is probably not the best way to start a review, as I’ve told you everything and nothing. Indeed, I seem to be falling under the band’s spell, talking riddles in the most mild, matter of fact manner. This is one of Lewsberg’s tricks: their music is very good at casting a mildly disorienting spell on those who listen in. You just zone out. And I say that despite the fabulously dry opener on this new record, ‘Left Turn’, which buzzes about like an angry wasp in a jar, making a lot of noise but with nowhere to go.

Hiding in plain sight, the gentle confusion around the band deepens. Looking in from a distance, I suppose it’s quite easy to sum Lewsberg up. They make clever rock and roll of the highest quality. They’re also a band whose poise and wit is honed through observing the everyday. Quotidian kicks on the banks of the Maas and the Rotte. You can hear that with the non-single, ‘At Lunch’. The video to this gentle song sums Lewsberg up to a tee; present, making music that gives you plenty to think about, but off-camera. Of course, it is entirely coincidental that the band released this as the bars and cafes closed in the Netherlands due to the Corona lock down. A future detail for rock’s historians. If there are any left.

In fact, you could almost get away with knowing nothing about the band, and just enjoying the music. An old fashioned conceit, for sure. But I think it’s true that the people who play “in Lewsberg” somehow don’t matter when you listen to them. They exist when making their songs, actually on their records, and nowhere else. And their songs’ characters are the stars, such as the urban voyeur-cum-seer in ‘Standard Procedures’ (who immediately put me in mind of one of the protagonists in Alan Warner’s book, The Man Who Walks). Other pen portraits are deftly sketched in on tracks like ‘Through The Garden’ and the aforementioned ‘At Lunch’.

Because Lewsberg has such a recognisable sound, it could be easily made to order. And you could initially see this new record as more of the same following their self-titled debut. But In This House is looser at the seams, and not really engaged in representing the city they’re from (outside of displaying that open-handed manner that lots of Rotterdammers have). More confident, it carries itself with a gentle swing of the hips. ‘Cold Light of Day’ is a rockin’ stroll; as simple as you can get, and borne aloft by its own easygoing manner. Other bands wouldn’t dare be so, well, basic, or “unconcerned”. We have two instrumentals, (‘Trained Eye’ and ‘Interlude’) to deal with, too. A sign of the creative well running dry? Nah: I’d bet my last pound that the band thought, why the hell not. And what about some wilder guitar breaks? Listen to the screeching grind conjured up on ‘The Door’. It’s borderline demented, much looser and harsher than the examples found on the debut, in stark contrast to the rest of this otherwise delicate song. And what about that glorious guitar drop on ‘From Never to Once’, it’s surely a wink to Orange Juice’s Ostrich Churchyard? I’d hope so.

This record is proof of the “Lewsberg patent” being subtly remade and remodelled, there for all to see.  Stripped down rock and roll, taken back to its basic ingredients, with a snufje Rotterdam thrown in. You’ve heard similar before, for sure. But like your mother’s cooking, it can’t really be made by anyone else.