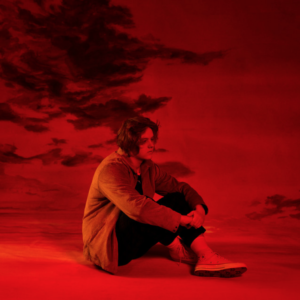 Lewis Capaldi is the latest phenomenon to take over the UK’s modern pop scene. The Scottish-born singer has made a name for himself by releasing singles Bruises, Grace, and Someone You Loved, managing to acquire masses of fans in the process. The success of these past releases, coupled with his wit during interviews and on social media, has lead to his debut album being heavily anticipated.

The album, ridiculously entitled Divinely Uninspired To A Hellish Extent dodges the trap so many pop records fall into, resulting in them being repetitive and boring. Despite its title, though, the record has inspiration running through its core, along with some captivating songwriting. The twelve-track album hits all the right notes as it takes listeners through its emotionally-driven songs.

The four previously-released singles take up the first chunk of the record, Someone You Loved being the pick of the bunch. The singles have shot Capaldi to stardom and there is no denying how well written and executed they are as pop anthems. However, it is beyond these first songs that the true artistic depth of Lewis Capaldi reveals itself. The piano ballad Forever shines as a lyrical gem within the tracklisting. It stays close to the overall theme of past relationships, but the raw vocal approach of Capaldi takes it beyond your average pop-filler track and allows this, along with his other songs, to hold their own level of importance throughout the record.

Fade is possibly the standout song of the album. It’s Lewis’ pop mould in its most unique form: the songwriting has the maturity of someone deep in their career, rather than at the beginning. The vocal Lewis delivers on this song is unique in its approach. It is powerful, much like the rest of the record, but it flexes itself in different ways and the falsetto that’s heard in the latter half is stunning.

The guitar-based closing track Headspace, proves Capaldi is picking his inspirations from multiple areas. It’s one of the edgier moments and it closes out the album extremely well with its calmness. It’s definitely proof that not every record needs to go out with a bang and I expect it to feature in Lewis’ live sets for the foreseeable future.

Lewis Capaldi has made a record that veers away from the usual pop tropes to make it both a bold, and interesting listen. It is still very accessible, which will please his masses of fans but a few of the edgier tracks keep us guessing what’s to come next from him as an artist.