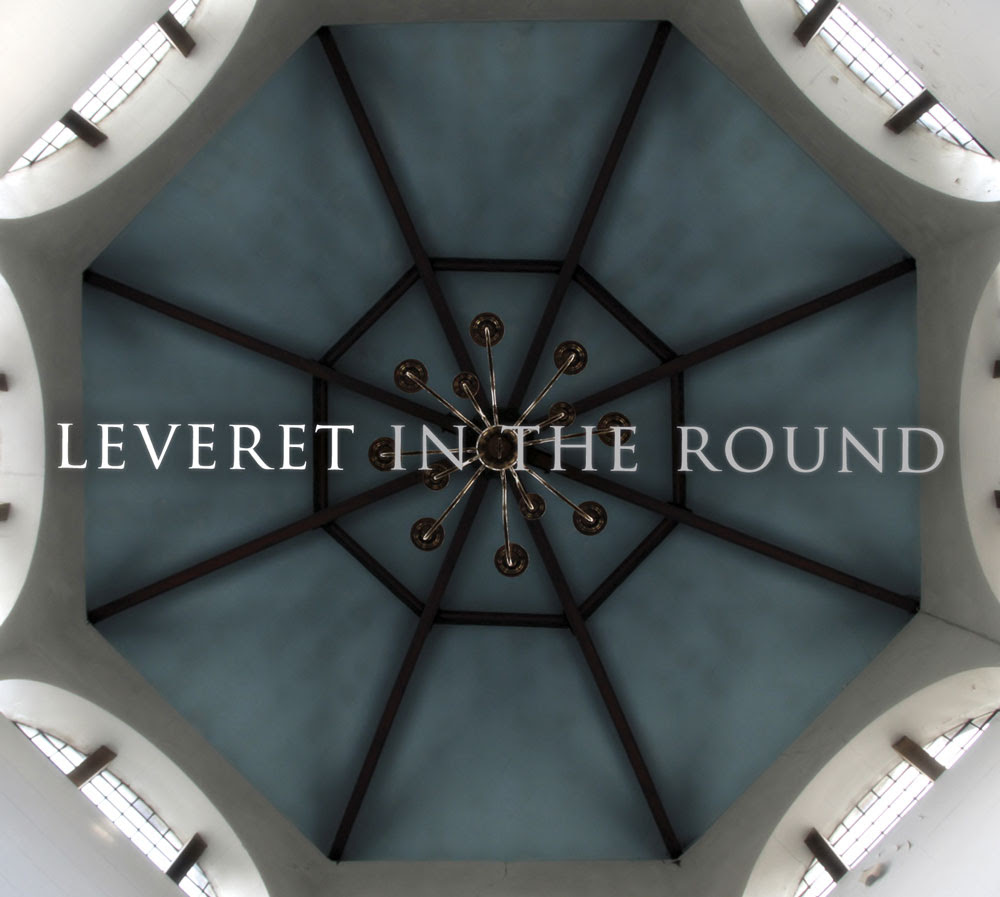 Leveret – In The Round  (Rootbeat Records)

Leveret – an instrumental folk trio whose pedigree, should it be listed, would read like a condensed who’s who/family tree of English folk music.  Their second album comes  exactly a year since their ‘New Anything’ debut  (almost unheard of in this day and age) as a result of not so much a radical but a slightly different approach to recording. Nothing wrong with taking a risk, especially when it pays off.

And for the those not in the know, Leveret are: Sam Sweeney, current Radio 2 Folk Musician of the Year and he of Bellowhead, The Full English and member of Fay Hield’s Hurricane Party, Jon Boden’s Remnant Kings and Eliza Carthy’s Wayward Band as well as Artistic Director of the National Youth Folk Ensemble. Not to mention  his own individual projects. He’s joined in several if not most of these ventures by his own favourite musician and concertina specialist Rob Harbron and then there’s Andy Cutting.  Another highly decorated former Folk Musician of the Year who’s worked with the likes of Kate Rusby and Sting as well as playing in duos with Chris Wood and with Karen Tweed. A band with quite some CV.

And they don’t mess around either. Their debut from January 2015 was recorded in a day and saw them out on tour armed with a brand new set. Not shy in any way on material,  the decision was made to record a new set there and then; live and literally in the round. Seated in the middle of an audience is hardly original but in folk music terms akin to playing a pub session with that up close and personal element  of intimacy.

Expertly realised in Neil Ferguson’s recording of the gig  at St Martin’s Church in Stoney Middleton, Derbyshire, ‘In The Round’ finds Leveret taking another small step in their mission in rediscovering and reintroducing  music from the archive but played in a fresh contemporary setting. Not satisfied with simply playing the tunes, they garnish them with  twists and turns which add their own originality and personality to the sound. Interestingly. Many of the tunes are mainly gathered from the north west and waltzes, jigs  and dance tunes from the Playford English Dancing Master collection going as far back as the 17th Century vie with original compositions.

The set sees them excelling and really gelling as an ensemble on ‘Rising Sun’ and a set which combines  Playford and a Rob Harbron original (his ‘The Road To Poynton’ again namechecking a Cheshire locale) – it could be the folk equivalent of Status Quo lining up across the front of the stage to get down and boogie but in a much more genteel and refined (and seated) manner – rock and roll or folk, it’s three musicians totally locking into what you’d like to call a groove and that sense of togetherness.

What ‘In The Round’ also delivers in spades is an indication of the impact and influence of Rob Harbron –  a musician who  whilst recognised by his peers, appears  unassuming yet vastly underrated amongst folk musicians. In footballing terms he’d be one of those you’d class as first name on the team sheet. There are four of his quality originals on this album plus his enthusiasm and drive for discovering and playing many of these hidden tunes may be the hidden impetus behind Leveret.

So – an instrumental album of English folk tunes might be what Steve Knightley once wrote in his Show Of Hands song ‘Roots’ of as someone’s “vision of hell” yet it’s more English than (insert your own vision of England here – possibly choose from fish & chips, strawberries at Wimbledon or Churchill/John Bull).  And Leveret – a trio of treasure hunters plundering the archives and unearthing new riches  in their  ongoing and  fascinating quest to bring undiscovered and underground gems to the surface.