On the back of their ‘In The Round’ album  (LTW review here) and their recent BBC Radio 2 Folk Award nomination in the ‘Best Band’ category (as well as Andy Cutting’s nomination for Best Musician – a category he’s won twice in the past) folk trio Leveret hit The  Met in Bury as part of a short tour before other commitments pull them off in different directions.

With The Met about to go under the surgeon’s knife and emerge later in the year as a new and brighter venue thanks to the work from various funding projects coming to fruition,  it seemed quite apt that Leveret should be one of the last bands to play in the current setting. A place where fiddle player Sam Sweeney has played twelve times – his most visited venue, but not surprising when you consider that his CV includes a whole raft of bands and folk stalwarts who regularly visit this neck of the woods.

Accompanied by Folk Awards Musician of the Year nominee on melodeon, Andy Cutting and concertina master Rob Harbron, the trio provided what might have looked deceptively simple, yet was a masterclass in interpreting English folk tunes.  It might sound a little trite and  rose tinted, but after being in existence just about eighteen months and with a couple of albums already under their belt, the penny (and possibly the reason behind  their ‘Best Band’ nomination) might be starting to drop. The lightbulb moment; a sudden realisation of ‘getting’ what Leveret  do. And what they do isn’t exactly rocket science but a fresh approach and attitude to perpetuating the longevity of long lost English tunes. Like Raiders of the Lost Ark, they plunder the tunebooks of old England and bring to light, rediscover and reinterpret tunes which should be out there, being played and being heard. They dig out gems from the thousands of tunes in old tune books such as John Offord’s ‘John Of The Green, The Cheshire Way’ and ‘English Dancing Master’ – the one simply known as ‘Playford’. 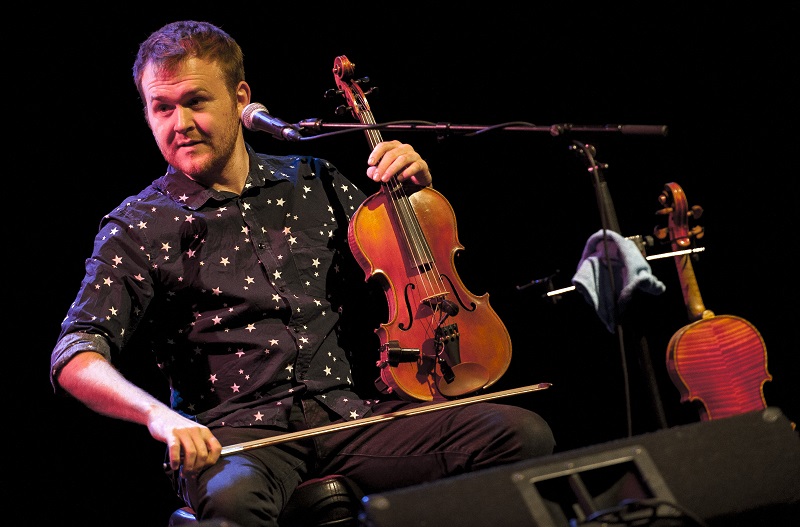 And then – they make the tunes their own. But they don’t just play them. They work the tunes and walk the tightrope without a net. They add their own spin by twisting and turning them into something new and invigorating, travelling in different directions in their arrangement –free style  and encourage others to do likewise. Just like the bands who thrive on improvisation, the chemistry and musical empathy between the three allows them the freedom to take those dots on the page into new territories.

As dear old Lemmy used to say, “We are Motorhead. We play rock and roll.” What Leveret provide is the folk equivalent. A case of  “We are Leveret and we play English folk music.” Regaling us with tales of their recent trip to the US where they represented England in the massive Folk Alliance industry event – the largest of its kind in the world. Yes, they took folk music across the ocean – not folk music as our transatlantic cousins know it – “you mean like Bob Dylan?” – but even older than that, which is saying something considering Bob’s longevity.  Yes indeed, Leveret are a different proposition  and a refreshing one at that. One which Sam had  referred to earlier as a band who really are doing what they want to do. And when you’re can do that, it’s not a bad place to be.

Words and live photography  by Mike Ainscoe. You can find more of Mike’s writing on Louder Than War at his author’s archive and his website is www.michaelainscoephotography.co.uk