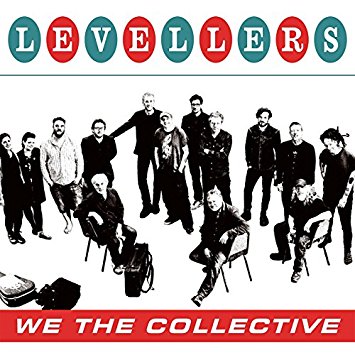 On The Fiddle Records

The desire/need to do something a bit different with their back catalogue led The Levellers to Abbey Road with their acoustic instruments, a string section and a handful of classic songs for what they call reimagining.

Add legendary producer John Leckie and a proper reimagining it is too as the itch of working with more orchestral arrangements gets scratched. The acoustic format is one that they visit on a regular basis so the addition of strings is an intriguing prospect; one that occurs with some frequency when bands are looking for a new angle, but for a band with a maverick philosophy it seems to bring them strangely into not so much toeing the line, but following the herd.

In the disappointing absence of any new material (2008’s Letters From The Underground, followed four years later by Static On The Airwaves then zip, bar plenty of live work, but hang in there for a moment)  they’ve relied on the strength of their back catalogue yet to be fair, do need to shake things up a bit and for once, erring towards the conventional appears to be their way of reversing the psychology. So how do our rolling anarchist heroes fare having experimented with a similar format a decade ago at the Royal Albert Hall no less?

Exodus sweeps in on an unfamiliar and at first incongruous symphonic wave, the defiant “we the collective” that gives the album its title, like the elation and clarion call of Liberty seeming a very different and paler reflection of its rebellious original.  On the more positive side, Subvert gets carried on the sort of driving fiddle that Seth Lakeman makes his trademark and Hope Street is a track primed for reworking having gone from an angry bluster in its original form to a melancholy cover with Billy Bragg on the Greatest Hits album. There is some life in some of the old ones yet as the kitchen drawers are emptied for some cutlery percussion on One Way which despite the stabs of strings retains some degree of its signature singular vision.

Two new songs are shoe horned in there giving a glimpse of what The Levs are channelling these days, and no surprise that they’re commentaries on the current state of play in the world;  Drug Bust McGee a more laconic dig at undercover policing while on The Shame you can add The Levellers to the growing number of musicians commenting on the refugee crisis.

An album that adds a smidgeon to their catalogue, for the secret of their longevity after thirty years of making music, you’ll have to read the piece that features our “counterculture heroes” in Acoustic magazine. Whether or not  it’s about finding a way  forward by looking back, the jury may be out for a while, although many have unified to positively endorse their latest reimagining experiment.

The band will head out on a full Acoustic Tour in July where they will be playing the new arrangements with guest musicians. Despite being less than thrilled about the album, The Levs live are always worth a punt.
You can watch the video for Drug Bust McGee from the album here:

The Levellers are online here