Today’s new band Letters To Fiesta are based in Manchester where they make great alternative pop music that’s been compared to Yeasayer, Kate Bush, Broken Social Scene and more. Their first single is out on 9th March.

The first rule of the all-day music marathon – get some decent breakfast down you; if you can do this while watching the first acts of the day then all the better. It was with that in mind that during Manchester’s In The City event (probably RIP, last seen 2010), Night & Day would stick a few acts on from midday while dishing up suitably fortifying fry-ups; often relatively mellow singer songwriter types that wouldn’t trouble the hangovers too much. It was something of a shock to the system, then, when in 2010 early risers were hit with a quite glorious techicolour pop attack which I described at the time as “almost too explosive for one o’clock in the afternoon”. They were Letters To Fiesta and they sounded like all sorts of wildly different things and yet like nobody else at all really, fronted by the mercurial Anna-Louisa Etherington whose voice skipped between octaves as fast as her fingers created sugar-rush keyboard lines. The next time I saw them, they were playing a gig in a launderette.

A couple of years and a couple of line-up changes later, Manchester’s greatest new pop force are ready to release their first single, which they’re launching on Saturday 9th March with a gig and party at The Castle. So we thought we’d fire them a load of questions, let them introduce themselves and catch up on the story so far…

So… who are you and what do you do?

Anna: Tom (guitarist) and I started the band a couple of years ago and we have played with a few different people In that time. We started working with Andy (bassist) at the end of 2011, and decided to go in the studio to develop our sound and focus on writing. We have worked with a few different cool people during that time too, like David Burn (ex Detroit Social Club) at his studio the Music Box in Newcastle. We also did some recording at the Motor Museum in Liverpool and we had Mick Crossey mix Tears Apart for us. So it has been a really cool learning period for us all and that is what bought together the current band line up. It just felt right so we went with it. Andy was working at Moolah Rouge Studios in Stockport and Tom and Andy were friends from the music scene years ago, they had talked about doing some stuff in the studio, so we started hanging out with him and it just went from there. Andy introduced us to Dan (drums) just towards the end of last year and things have just blossomed from there.

LTW: Your sound has been compared to such seemingly unconnected acts as Yeasayer (which certainly comes across in the new single), Siouxsie, Kate Bush, Broken Social Scene and Adam Ant – are any of these influences you’d claim yourself? Or any other influences? What are you listening to at the moment?

Anna: Yes these are some of the bands we have been likened to in the past, and we still love. Our current sound still has some of these influences in there like Kate Bush, Broken Social Scene, but we have very much opened our minds to new influences and sounds since the laundrette days. Collectively a few of our influences at the moment would be Radiohead, Arcade Fire, amongst current artists such as Grimes, Peace, Born Gold and too many to mention, every day is a new discovery of brilliant new music that holds some influence that invariably creeps into our music.

LTW: Do you reckon there will ever come a time when all interesting British female singers are not automatically compared to Kate Bush? Does it bother you at all?

Anna: I think that the limitations of being a female singer are that the comparisons could be less imaginative, ‘female fronted’ is still sometimes used as genre placing for a band and I think that there’s still a need to categorise female singers into sections that people understand- Kate Bush being interesting and mainstream, the comparisons naturally sway towards her. To be honest I adore Kate Bush and any comparison to her is well received, but yes, it bothers me that there are so many amazing female singers out there, who have to be branded to the ‘nearest decimal place’ because maybe we are still struggling to accept that a female voice can just be unique.

LTW: You’ve often seemed to be a bit on the edge of the Manchester scene, one foot in it but very much doing your own thing. Is Manchester a good place to be making music right now? Are you all from Manchester and if not what attracted you here?

Anna: Manchester is still a great city for music (the same reason for both Tom and I moving here). There are some great nights in Manchester and some good promoters. Manchester is what brought us all together. I’m from the Lake District, Tom is from the Northumberland wilds, Andy & Dan both grew up in Stockport so it’s all chance and fate that we’re all here now. Manchester is a great city to hide away and learn your craft in, but yes, to commit to a sound and root yourself entirely in one scene is limiting for a band, we want to be versatile and to ensure we can fit in amongst different scenes.

LTW: And I have to ask, how did you end up playing a gig in a launderette?

Anna: We just went in to do some laundry and got accosted..! no, we were approached by a promoter in Manchester about supporting a touring band called Real Fur, we loved their music and the idea of playing a gig whilst ensuring our whites were whiter than white was too much of a pull factor…

LTW: Are you putting the single out yourselves? Will there be physical copies?

Anna: Yes we are, we thought we’d put this first one out as a little hello again from us. We all love the Castle pub, our studio used to be a couple of doors down above one of the shops and many beers were drunk in there after our late night writing sessions. The back room has a lovely, intimate feel so it was an easy choice for us. We are going to be doing 100 limited addition CDs and we are also giving it away a digital download free to anyone who signs up to our newsletter on our website.

LTW: So what’s next after that?

Anna: We are just putting the finishing touches to what will be our first EP which we are hoping to release in May/June. Once we have done that we will either release another track from the EP as a single or some of the new material we are working on at the minute…We’ve been writing so much that we really feel our options are open with releases, which is a great place to be in. We have built our own little studio in the Northern Quarter and we are writing and recording our first album, which is very exciting.

LTW: Any other gigs coming up besides the single launch?

Anna: We are playing Sounds From The Other City in May, really excited for this, and with Kid Canaveral at Underachievers at the end of March. We’re also playing at Dulcimer, the last venue we played before we took our break, and Tom and I are local to Chorlton so really looking forward to this one too.

Tickets for the Castle gig are £5 from Wegottickets. For more about Letters To Fiesta and to get that free download, visit http://www.letterstofiesta.com/ . Interview by Cath Aubergine, more writing by Cath on Louder Than War can be found here. 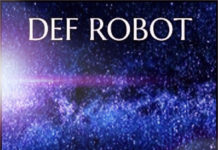 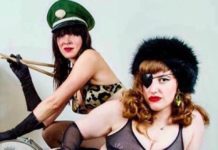 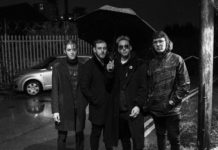 Listen to This! Cardiff’s Blackelvis Return With New Single Masquerade

65 Days Of Static live and an amazing venue in Zurich

December 4, 2010
We use cookies to ensure that we give you the best experience on our website. If you continue to use this site we will assume that you are happy with it.Ok