Home Blogs Letter from America: Fuck You Beatles – or how the Fab 4... 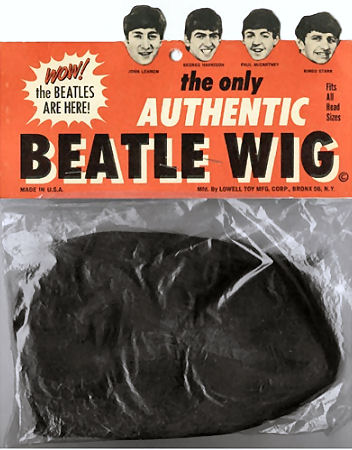 Eff You, Beatles: Or Why You Need To Know About “Rockin’ Rochester USA”

It is a strange, beautiful, brutal, and bittersweet song.

It is not just a window into the past, but a glimpse at a lost future.

It is two and one-quarter minutes of true, original, and primitive American rock’n’roll.  It integrates the most feral forms of rockabilly, a vague scent of vocal-group dynamics, the unstoppable downhill wagon-ride of New Orleans rock, and the simple chords shaped by fingers blistered from all- dances at the VFW hall.  The song is “Rockin’ Rochester U.S.A.,” released in 1960 by a cranky, cranking, roaring, and rasping gang of geeky upstate New York proto-punks called The Tempests.

It is one of many gar(b)age punk rock classics that this ecstatic, elegiac, and loopy land whelped before the Beatles Bach’d-up beautiful American music; and although “Rockin’ Rochester U.S.A.” is only one of many, due to its deeply sincere and powerful simplicity and greaseball overdrive, it seems like a perfect example of all that we lost.

The entire American century had been leading to a sound like this, the sound of “Rockin’ Rochester USA,” 134 totally true seconds of barre chords and trucker speed that assimilate the grinning, aggressive absurdities of the Minstrel Show and the Medicine Show, the sinewy snarls of Midwestern steel-town blues, the sneering drone of Appalachia and Acadia, the reverby sex snarl of Memphis, and the post-“Louie Louie” dumb-assing of beery dances in High School gyms into one hopped-up drag-race of American Music.

It’s not necessarily the best nor certainly the most famous example of this kind of thing. Bo Diddley’s Congo Square-meets-Trinity Project churn is perhaps the apogee of this sort of American invention, in Bo’s keening, thumping, blistering punk blues we hear the ambient howl of the railway, the drum circle, and the Gandy Dancer, all adding up to create a true folk rock as distinctly American and as distinctly beautiful as a sighing, adamant Charles Ives tone poem, yet as loaded with context as the most gorgeously confusing Ezra Pound cantos; and there are better known recordings that exemplify this kind of drooling, stomping Framus-shredding teen genius (“Wooly Bully” by Sam the Sham contains the entire repudiation of the soggy weight of flowery Beatle-ism in 2:20 seconds, and the Beachcombers’ version of “Farmer John” sounds like Joe Meek trying to record Sham 69). But the very pedestrianism of “Rockin’ Rochester” — it’s by nobody special yet it is a shocking as stumbling on the Caves of Lascaux and finding evidence of a shared ancestor for the the Ramones and the Cramps – is what makes it so shattering, so stunning, such a joy.

This amazing American music would be the bone buried by the dog of the British invasion.

The almost hysterical absorption of Beatles-memes into vocabulary of young American bands virtually killed this pure and beautiful form of American rock’n’roll; and although they were plenty of British bands who were similarly goosed by the desire to bash and burp and fly downhill (Them, the miraculous Troggs, the Kinks, the Undertakers, the Dave Clark 5, and many more), post-’64 Americans were not just seduced by the cheesy charms and Brill Building aspirations of the Beatles, but absolutely subsumed and brainwashed by them; the Beatles, brilliant but only ONE side of the story, virtually took over the American music business,  in turn strangling the growing child that was a distinct and original form of American rock’n’roll.

And I don’t hate the Beatles, those brilliant masters of craft, technique, power, emotion, and innovation; I just hate the pogrom of American music that happened in their name.

Due to the ubiquity of the Beatles charms, the development of a true indigenous American rock’n’roll was stopped.  It wasn’t the Beatles fault, but what was lost because of them was incalculable.

Now, IMAGINE what American pop/rock would have sounded like IF it grew from THIS POINT FORWARD, without the intervention of wedding cake-sweet Beatles fey fuckery, establishment pleasing, and politesse? The mighty branch of American rock’n’roll that was developing quite healthily and happily prior to 1963 from so many miraculous American roots, got cut off, fell to the ground with barely a sound, and we will never know what it would have grown into.

I suppose there are hints, some considerable ones, i.e., what American music would have sounded like without the universal spread of the Beatles virus; those hints lie in The Sir Douglas Quintet and the Bobby Fuller Four, most certainly Paul Revere & the Raiders or even the Meters, maybe even early Parliament; the Velvets came very close, when they were at their most Cale-flavored pure, or perhaps Pet Sounds, with its echo of folk concrete and Bernstein, hinted at it, too; but what if all of American rock’n’roll had been able to evolve from the place where the evolution was halted in late 1963?

Later, there was a gorgeous revival — the Groovies, Stooges, MC5, et al in the late ‘60s, then the Ramones, the Cramps, the Lyres, and so very, very many more half a decade later — but that was all a re-creation of Eden; we will never, ever know what Eden sounded like after the apple but without Apple Records.

The Beatles were freaking geniuses, but thanks to the ubiquity they achieved in the mid-1960s, we will never know what a pure American rock’n’roll would have evolved into; we will never know what musicians, progressive or simple, would have come up with when they picked up on the sound of Aaron Copeland or D.J. Menard or La Monte Young or Eddie Cochran or the Sonics or Ike Turner and made something that was originally American, free from the la-la pop dynasty of the Beatles.

We will never know that story.  It’s another lost vein of history.
So, as much as I worship at the Magick Tempel of Beatledom, and as much as I treasure every moment of aural and conceptual joy squeezed from the time I spent in the echoing, cavernous halls of the Church of Beatle, because of all that was lost, because we will never know what phenomenal joys would have resulted from the NATURAL growth of the American child of Puget Sound raunch and Bakersfield twang and Appalachia sigh and Lafayette cry and Memphis tic-tock and Rush Street squeal and Rust Belt bamalam and Clarksdale poetics and Rochester three-chord dumbangelics, because we will never know what the pure-bred American rock children of Copeland and Ornette Coleman and Ledbelly and Morton Feldman and Hank Williams and Sonics would have looked like and sounded like, because it never happened because of Beatles ubiquity, because of all that, and despite everything they gave us,  I STILL have to say: