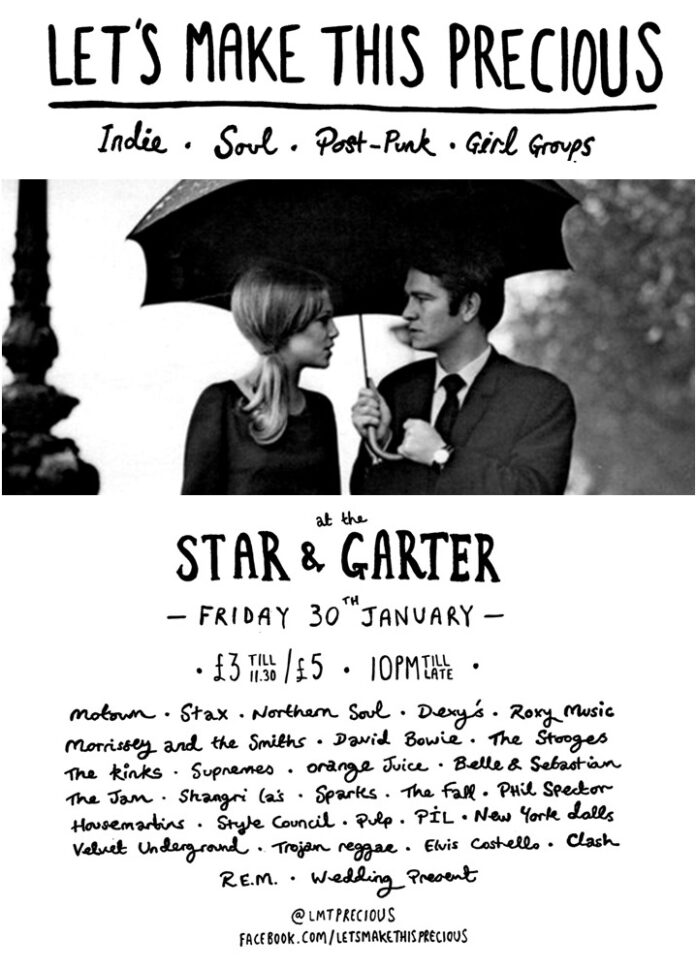 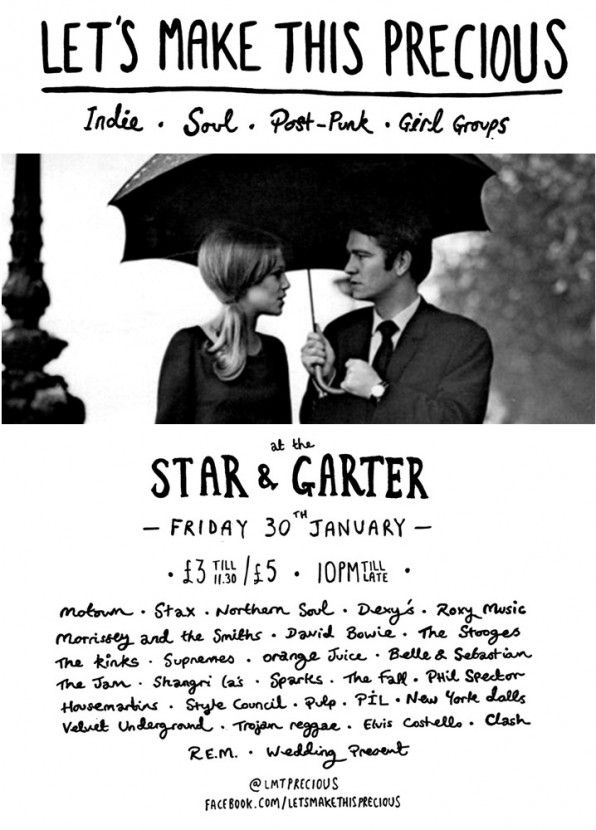 Despite its current battles to be saved from closure at the hands of greedy rail developers, the Star and Garter on Manchester’s Fairfield Street continues to thrive. Friday 30th January sees the return of “Let’s Make This Precious” at the S&G for their now monthly club night. “Let’s Make THis Precious” – named after the great Dexy’s Midnight Runners track – is a thrilling combination of the best in indie, soul, girl groups and post-punk. Starting life in the upstairs room at Gulliver’s last year before shortly moving to the bigger two-storey Star and Garter, the night has been described by the Manchester Evening News as “a truly cohesive floor filling experience”, something to which those at their recent club nights will gladly testify.

Priding itself on its defiant eclecticism and proving the perfect antidote to bland landfill “indie” nights, at “Let’s Make This Precious” you can expect to hear anything from the Smiths to the Supremes, Belle and Sebastian to the Slits, Roxy Music to the Shangri La’s all interspersed with a liberal dose of Northern soul and ’60s girl groups. Joyous, eclectic and impassioned; “Let’s Make This Precious” is one of the most exciting club nights in Manchester and a great asset for one of the city’s most iconic clubs. The Star and Garter – legendary for ‘Smile’ and its monthly Smiths Disco – continues to fight against Network Rail’s planned expansion of Piccadilly Station which would force the closure of the venue. Further information can be found on the Facebook page of the Star and Garter.

2015 promises to be a great year for the club night with exciting guest DJ’s to be announced throughout the year. The first “Let’s Make This Precious” of the new year takes places on Friday 30th January, and as of Friday 13th February will be held on the second Friday of the month, every month.