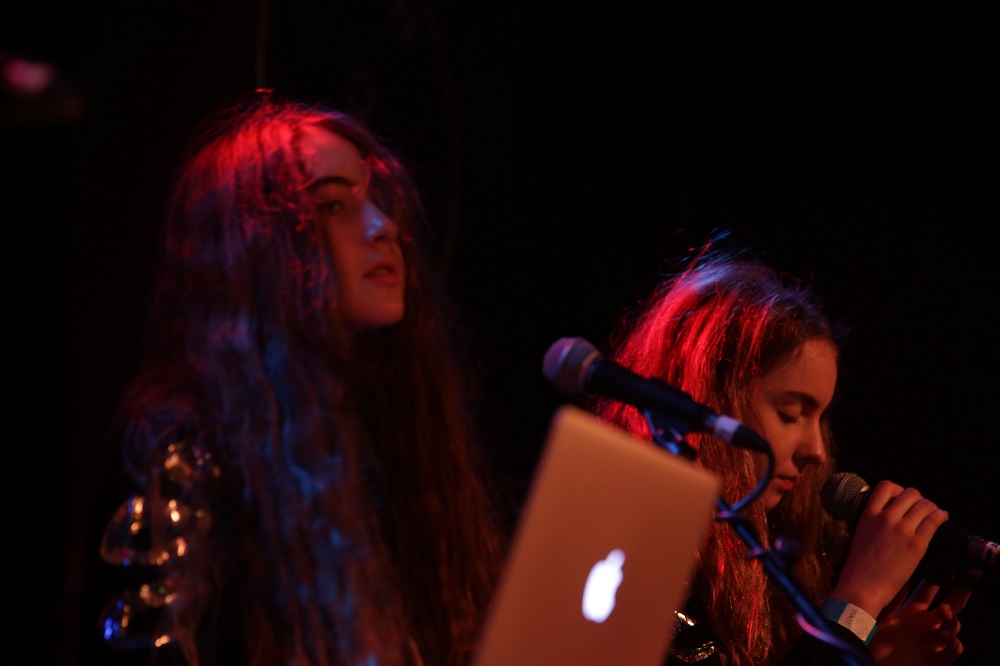 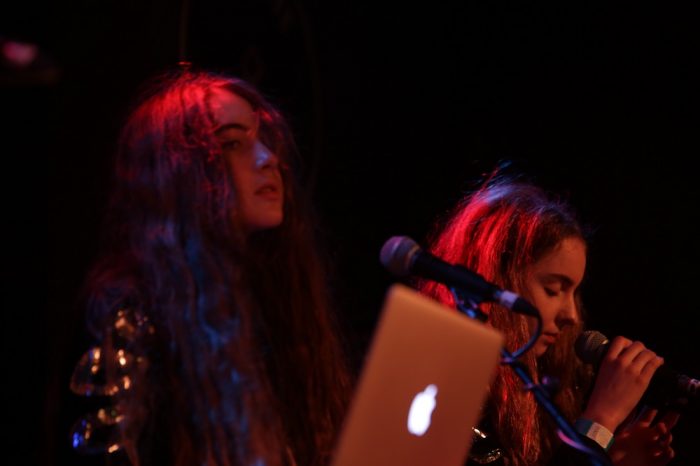 Later is now just a showcase for the blandest corporate pop acts presented by a total prat and it says something when two teenagers from Norwich are ones to smash a fist into its complacent face.

Let’s Eat Grandma – aka best mates Rosa Walton and Jenny Hollingworth – made the most of their first network TV appearance to make a massive breakthrough in the same way Portishead did years ago. If only all the more experienced acts on the UK’s only music show had the vision to deliver an equally memorable performance that was in turn was odd, eerie and strangely moving.

It’s fair to say that tonight’s audience for Anna Meredith’s headline Beacons Metro show was boosted by a sizeable contingent who had seen the support act on Later. They were here to see if they could cut it in front of a live audience that wasn’t just a motley collection of jaded music industry tossers.

From the moment Let’s Eat Grandma walked onstage launching into Deep Six Textbook – that was the highlight of their two songs on Later – they seemed conformable with this new found fame. The duo perform a complicated clapping game to open a song that for such young performers is surprisingly sophisticated and vocally and intellectually has hints of Kate Bush around the time of the similarly precocious The Kick Inside.

As they swap vocals with their long hair draped over their keyboards you can’t help but think that they are like characters who have escaped from a twisted Angela Carter novel. They have been making this music together since they were 13 and despite their youth they have really thought out their look – including matching black outfits – and sound in a way that simply puts older acts to shame.

Eat Shiitake Mushrooms opens with a burst from the much underrated xylophone, which we just don’t hear enough of, and features some daft rapping in a Wordy Rappinghood style that only white middle class girls might think is cool, but it’s a big tune. Their confidence is based on years of working together and the sort of telepathy that is unique to teenage best mates.

The sheer intensity and focus of Rapunzel is quite scary – despite the fact that it features a recorder solo – as they shift the mood into something much more raw and visceral as they spit out an ode to the tragic caged fairy tale heroine. For some reason they adopt Kate Tempest style mockney accents for Sink, but you can never accuse them of playing safe even when it doesn’t quite work.

It’s staggering to think that these two are only 17, and it’s even more surreal that these complex and disturbing songs are going to contribute to the final mark in their college course which can only result in a double or triple A*. They certainly earned full marks from a hipster crowd judging by the generous applause for a short set that suggests we will be seeing a lot more of Let’s Eat Grandma.

You can find more about Let’s Eat Grandma www.letseatgrandma.co.uk or follow them @thelegofgrandma.