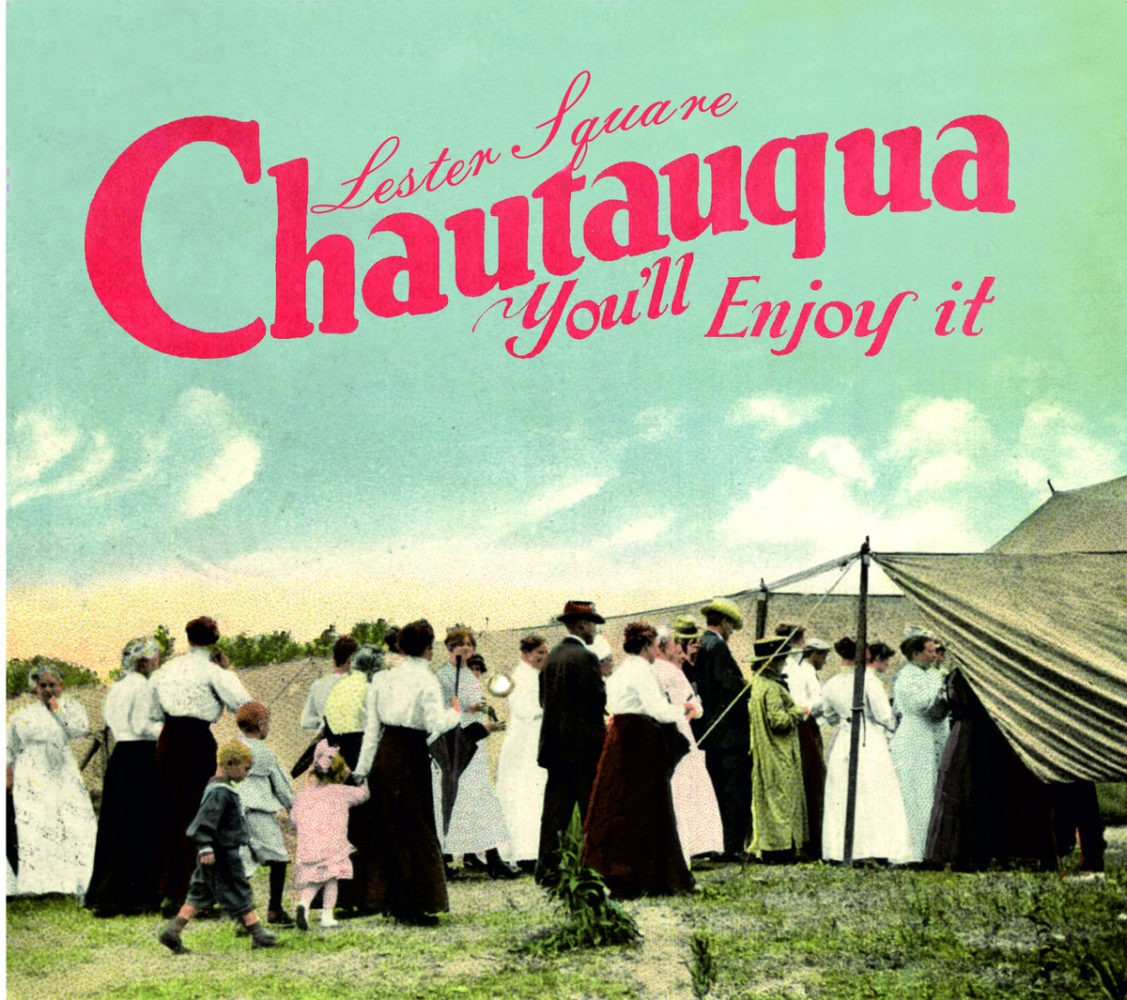 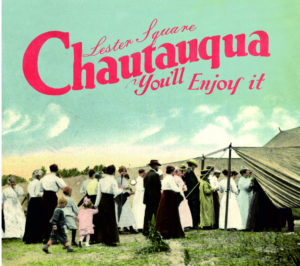 Chautauqua were touring assemblies of late 19th and early 20th centuries that brought entertainment and culture to rural America. Pretty much as Lester Square does with his virtuoso guitar picking that brings a rock and pop sideshow to anyone who has ears to listen. Lester is part showman, part guitar shaman and serves as a conduit for the greats of the past and puts his own twist of eccentricity and superlative guitar picking. Lester is something of a guitarists’ guitarist, but his inestimable sense of fun ensures that any casual pop and rock punter will find something to enjoy on his latest album of instrumentals.

The opening track, Dancing at Le Joncasse, is an uplifting start with guitar riffs overlapping with a psyched out sounding fuzz. It’s a dance beat with plenty going on as the layers build up. Nautilus builds up the tension. The guitar starts like a radio tuning in, whilst the keyboards are like bubbles floating to the surface with a Beatles-esque guitar midway through before it bursts into a great solo. The song conjures up images of a great hulk of a submarine, gracefully slipping thru the waters, with wonders passing by the portholes. Then we are flying through the air with Out Of LaGuardia with guitars bursting through the stratosphere and the bass heavy at the end.  B.O.L.O. is a dark spy thriller of a tune that dredges the mean streets where cool men emerge from shadows with cigarettes in their lips and femme fatales who love them and kill them. Great stuff.

After the short interlude Prospect Moment, we get the SF sounding Quatermass, full of effect boxes and tremolos. The title track, Chautauqua, is the sound of small-town America waking up and the phases of daily life interpreted in music. It all ends in a psychedelic barn dance as the day ends. Fortress of Solitude has a funky 80s sound, whilst Naked City is echoing guitar against a blunt, flat backbeat. It’s music to follow detectives about the crime ridden city streets where the lines between the villains and cops are always a little blurred.  It ends with the riff-heavy Antiphon which features a clashing twin guitar assault on Christian liturgy.

Chautauqua is a cornucopia of musical delights brought to you by Lester Square’s six strings that twang like a cross between Link Wray and a saucy postcard bra strap.