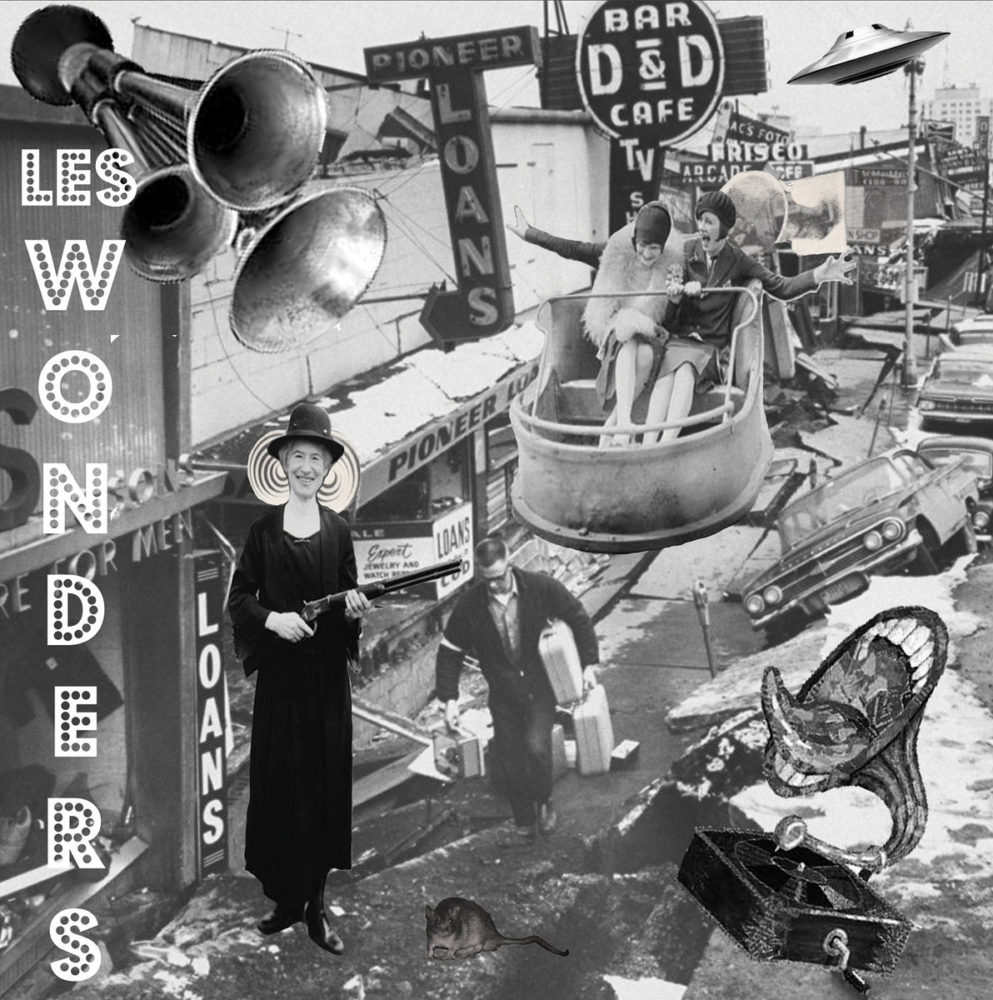 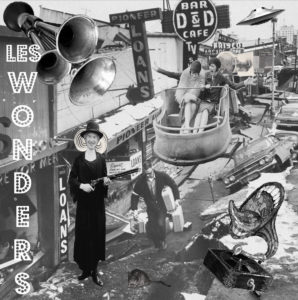 After the wibbly wobbly echo effects subsided at the start of the first track, the immediacy of the drums had me hooked – pounding away like Chaos UK around the Radioactive and Short Sharp Shock era. There are definite shades of Poison Idea and Japanese insane noise merchants GISM on this record, perhaps a little GWAR, with a sprinkling of 77 LA punk bands like The Zeros. And a bit of Hawkwind. There is always the danger that liberal use of echo FX will land you that space rock label, but Les Wonders have some of those Space Ritual-era sounds nailed. The link was so obvious that I couldn’t ignore it.

At the heart of these five tracks, in addition to an obsession with effects pedals, are loud guitars. But this music is too cynical to fall into the Heavy Metal genre (typed as the first world Heavy Metal congress takes place).  Like the aforementioned Poison Idea, there is something raw and visceral about Les Wonders that places them on a continuum that has roots stretching all the way back to MC5.  One guitar appears to be set up purely for the purposes of feeding back, which adds to the overall assault, adding depth as it pokes through whenever a gap allows. Despite the general chaos, there is some element of control and these are all actual songs – importantly avoiding the trap some noise obsessives fall into of rhythmic repetition to the point of boredom.

Inhabiting the hinterland where punk, noise and psychedelia meet, where Butthole Surfers were once king, Les Wonders are grounded enough, fast enough, raw enough and heavy enough to make you sit up rather than lay back. Despite efforts to push aural limits, they remain listenable. One might even say they are catchy. Lyrically there is a dark underbelly. Proper dark…but it is genuinely difficult to tell if this is paranoia, good old-fashioned misanthropy or a clever snipe at society. The snottiness of the delivery on most songs gives this a nihilistic feel but the spoken elements on Into The Night are intensely sinister.

Proceeds from the sale of this record, released by a UK label which specialises in noisy hardcore punk, are going to a kids cancer charity. Buy it from Imminent Destruction via Big Cartel or Bandcamp.

April 8, 2018
We use cookies to ensure that we give you the best experience on our website. If you continue to use this site we will assume that you are happy with it.Ok