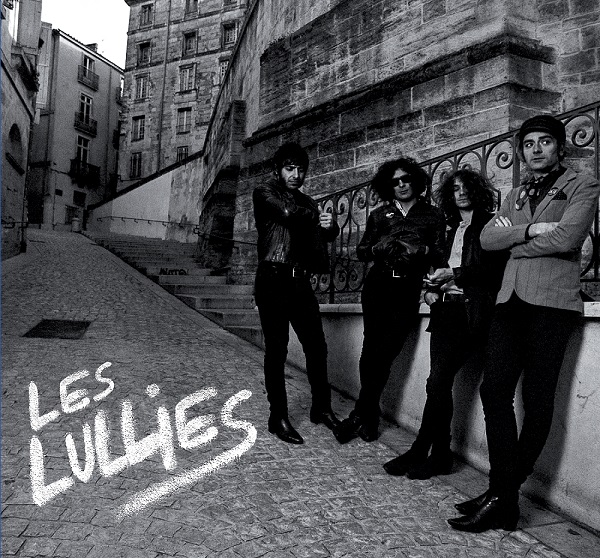 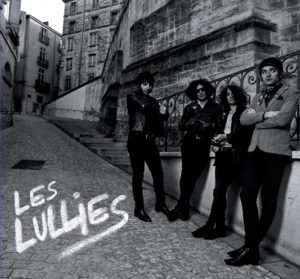 Montpellier’s Les Lullies crash in with their first full-length on Slovenly Recordings and harness the pure energy of their trash beat-punk live shows in an exhilarating debut LP.

Les Lullies have spent the last year careering around Europe, playing festivals and gigs that have left punters dripping with sweat and yearning for more of their blend of garage beat-punk. And now they can have it whenever they want it, as the band release their debut self-titled full-length album.

Kicking off with the crunching Let It Out, Les Lullies make their mark from the off as they fly into a punk-rattling boogie that rockets along riding a blues-jamming rhythm. The song oozes danger and the double-tracked vocals add a psych touch to the mayhem that slowly unfolds. It’s like New York Dolls at their most visceral, The Who being hammered to pulp by the Pistols. High praise indeed, but if the rest of the album continues in this vein, then a future garage classic just may be on the cards.

And continue it does. Night Klub sounds like The Real Kids ramming a Chuck Berry classic through a battered and ripped speaker and it’s clear from the first two tracks that Les Lullies have settled on their sound. The guitars spit and snarl through a tightly-wound rhythm section that keeps the songs driving forward, while the reverb-laced vocals add to the constant chaos. Like great rock ‘n’ roll should be, Les Lullies sound like they’re about to run off the tracks and derail their rock ‘n’ roll train at any moment, but they just manage to keep a wheel on the ground and the chaos just in check. It’s that feeling that at any minute they’re going to spill over and leave the record in a bloody mess on the floor that keeps you hooked.

With their sound blueprinted, what’s left is to build their gutter-trash shrine and it’s one that in no way settles on uniformity. While the sonics are the same throughout, the band pull in riotous wild-eyed punk rock ‘n’ roll (Don’t Blame You), more Undertones punk-pop inflections (Supermarket), powerpop grooves and chimes (Meet The Man), and, of course, that good old blues-jiving rhythm (7am). Album closer, Stanger To Myself, relents slightly to show that the band are capable of something slightly more subtle in their songwriting. The result sounds like The Clash’s Spanish Bombs filtered through The Jetz’ Catch Me. A definite signpost to where these four could go and one that will be waited for with bated breathe.

For Les Lullies, novelty and innovation are certainly not the order of the day on this debut album, but rather the pure and unadulterated desire bring good time rollicking punk rock to the dives and digs across Europe and beyond, and they certainly do. In the end, they’ve recorded a fantastic debut album, one that should be spun again and again and again.

Listen to Night Klub from Les Lullies debut album below: