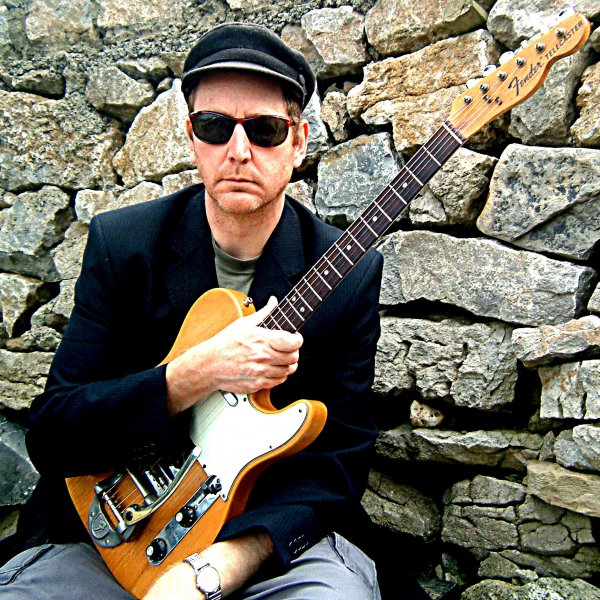 Henry Priestman and Les Glover give us a fine evening of songs, laugh and a bit of tears. Louder Than War’s Craig Chaligne reviews.

Henry Priestman has come a long way since his 1980’s pop hits with The Christians. Since leaving the band in the early nineties, he has built a solid career as a producer and songwriter and in 2008 he released his first solo album “The Chronicles of the Modern Life” and a second one entitled “The Last Mad Surge of Youth” was released in 2014. He’s been gigging constantly throughout that period, playing small venues all over the UK and house gigs. He has stated several times in interviews that he was much happier operating now as a “cottage industry” and that he had no wishes to go back in what’s left of the “music business”.

Henry usually tours with his songwriter colleagues Les Glover and Peter Riley but Peter was apparently opening for Rita Coolidge on her UK tour so we were treated to the almighty Henry and Les duo, augmented by extra musicians on most of the songs (including Henry’s brother Will). I was expecting a night of great songs as Henry is a fantastic songwriter (you don’t co-write songs with Graham Gouldman for no reason…), but not the barrel of laughs that the duo would provide with their in-between song commentary. Starting with a short set showcasing songs from Les’s album “Love Terrorist” mixed with truly hilarious self-depreciating stories, the evening then moved to Henry’s back catalogue and new material that hasn’t been recorded yet. Everything is placed under the sign of spontaneity and fun. Henry often plays with musicians he’s just met at most of his house gigs and the cast he had assembled tonight (and in particular guitarist Jim and bass player Joe) did a fine job of enhancing the songs. Starting with an unreleased track entitled “Beautiful Dreamers”,  Henry then played “In My Head” from his most recent album. Then it was time for a medley including “Suffice To Say”, It’s Immaterial’s “Driving Away From Home” and a version of “When The Fingers Point” from his days in The Christians. “Ideal World” was introduced by a great story of how the original intro for the song had to be binned due to being similar to the tune used for a Yoghurt TV commercial.

As said in the intro there was also a few tears shed as “Valentine Song” was performed as a request for a lady in the audience who had recently lost her husband. The poignant “We Used to Be You” sums up in less than four minutes what every parents go through when their kids leave home. Realising that they still had a few songs to go through, Henry reduced the interval to 10 minutes and promised to cut down on the banter in the second half.  Concentrating on material from his two solo albums, the second set started with the lament of “I Cried Today” followed by “The Last Mad Surge Of Youth”. As Henry States in “Did I fight In The Punk Wars For This ?” he might only know “a chord of three” (and a few more to be true) but he certainly knows how to put them together to great effect as proven by the fatherly ruminations of “He Ain’t Good Enough For You”. He dedicated “Grey’s The New Blonde” to his wife stating that “she isn’t grey but it’s a good title”. His comeback song “Don’t You Love Me No More”, probably the perfect anti-austerity item was followed by an extended version of “The Coolest Dance (Irish Jig)” which each musician getting his turn at a solo. It was then almost 11pm and with a few minutes to spare, we were treated to the excellent “True Believer”.