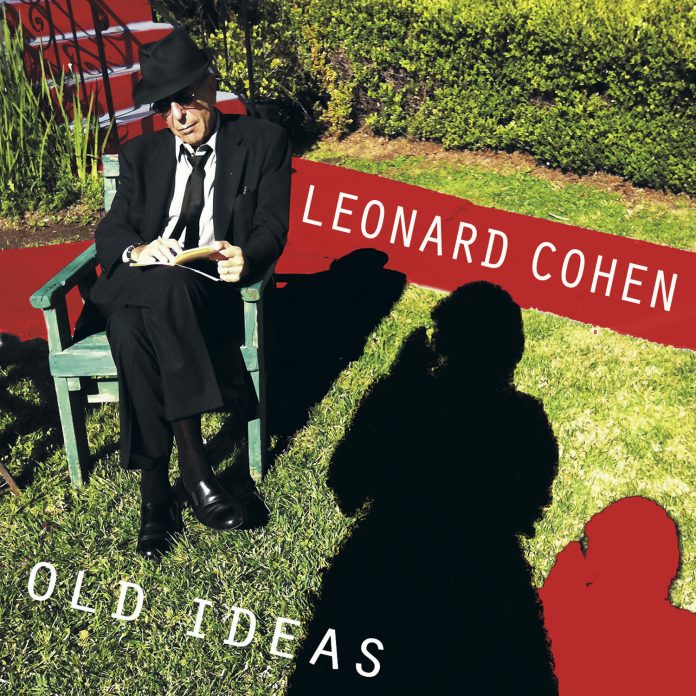 Yesterday Mark Ray reviewed Old Ideas, the new record from Leonard Cohen, having grown up with his music. We figured a new album from Mr. Cohen was an event worth doing something special for, so today one of our younger writers, Josh Nicol, gives his own take on things.

There tends to be a correlation between the age of an artist and the strength and quality of their work. Leonard Cohen isn’t exactly new to the game of song writing, nor can he exactly be called youthful. The aged poet and musician is 78 later this year, but seemingly as active and creative as ever as far as his work and art is concerned, here is his twelfth album, Old Ideas.

What do we expect from Cohen? Deep (both in pitch and themes), introspective rumblings regarding religion, sex, war and depression, perhaps grown more philosophical with age. We expect his poetry to be as strong, if not better than his melody, as he’s so often proved in his extensive discography.

The vocals on this album are typical Cohen. He sounds as wise as ever. His subtle but quite powerful whispers could quite easily be categorised as spoken-word at this stage in his long career in music, but you can’t fault him for this: at the end of the day he is 77. The selling point of this true great artist has and always will be his lyrical content, exploring themes that many don’t really dare, proving he is still a magnificent poet and lyricist beyond the trivial chart drivel clogging the music scene currently. For me his choice of words really stand out on this album. On ”ËœLullaby’ he grumbles “Well the mouse ate the crumb, then the cat ate the crust. Now they’ve fallen in love. And they’re talking in tongues.”Â Cohen yet again proves his strength in imagery in rhyming, yet leaves the listener’s interpretation as very much open.

Accompanied with the music and melody itself, Cohen’s vocals contrast well with his chosen backing singers, who provide the sweet and harmonious chorus when needed for atmospheric purposes. This particularly stands out on ”ËœCome Healing’, where the strings and harmony provide one of the sweetest tracks on the album, like a lullaby amongst much more honest and darker tracks. This is certainly the ray of sunshine in amongst the storm.

Now it is seen that Cohen is still a successful and credible musician and songwriter. Even as he ages, the poetry becomes more important than his voice, but that was always the case with this artist. He does indeed take that introspective approach to his lyrics, but we listen to him and absorb his tales as if he is the epitome of the “wise old man”. Old Ideas is another album for him to show with pride, a sweet yet dark album suited to its January release, easily attributed to the winter months due to its cold and pessimistic feel. His latest record proves Leonard Cohen’s consistency of his strength in song writing and development as both a folk musician and poet. Even to this day he may be considered one of the great songwriters still active in the industry.

I can’t say I know many artists well into their seventies that make relatable and in-touch music, but Cohen certainly attempts and succeeds this. We have always had a voice for our youth, ever since popular music began. Cohen is our voice for the later years, consistently addressing issues relating to general life. He translates the feelings that are so rarely addressed, but issues that are so very important. Old Ideas is Cohen’s world as it is today and a credible and admirable twelfth album.