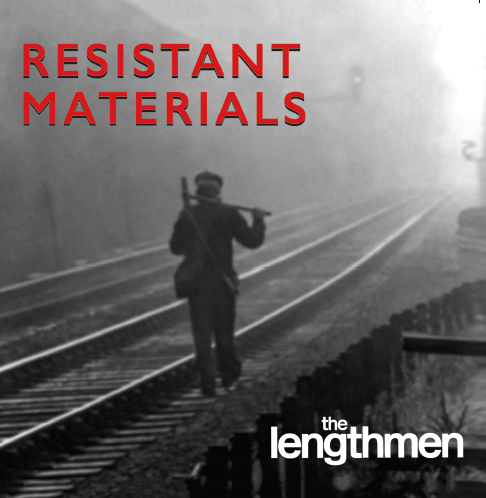 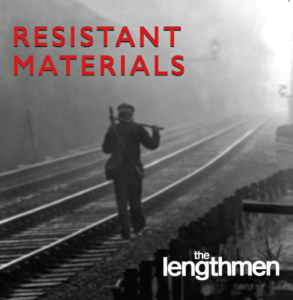 Hard at it since 2016 and opening the Introducing Stage at Butlins’ Alternative weekend in October, this Midlands crew’s hi-vis orange is visible from space, so I stuck their equally eye-catching red and white disc in the player and turned it up loud to see what all the fuss is about.

‘Choruses you can hear from the Gents,’ wink the posters, and lead-off ‘Men’s Room’ shows it; aptly the briefest track here and closest to T-shirt slogan territory with its wry disclaimer ‘I’d give it ten minutes if I were you.’

The catchiness doesn’t let up for the remaining nine songs of this debut.

With the restless ‘Not Drinking Water’ and loping bass-driven groove of ‘Gag Reflex’ next, it’s clear that these guys have absorbed a few years of old school and post-punk, repurposing the invective to the present day. For all this, The Lengthmen don’t so much wear those influences on their sleeve so much as a believers’ badge of honour; listen closely and you’ll find plenty to reward. The musical range evokes the first wave of UK punk plus successor influences; such is the light and dark in the material – as much a nod to John McGeoch as to Nicky Garratt.
The edgy social and personal observation has a drily ironic style that is as savagely self-critical as it is pointing the finger at its justified range of targets, without the cop-out of escaping into populist slap-stick cartoon punk.

The cynical futility of army recruitment policy and the personal horrors therein are evoked by ominous epic ‘Eighteen,’ which might have been dubbed ‘positive punk’ had it been recorded in 1984. ‘Next Minute Silence’ threatens to break into a cold war dub-scape and the martial drumming that heralds the outbreak of ‘Sex ‘n’ Chaos’ is guaranteed to keep the listener fully on-message.

This is a band unafraid to explore furtively away from its punk roots, engaging the audience from start to finish. Harnessing the playful energy of ’76 – ’78 old school, with forays into the spaces first mapped out, more often than not below the radar, in the overlooked eighties.

Catch these guys now and if you like something to hold your attention over repeated listens, get a copy of Resistant Materials; I suspect that by their follow-up we’ll be listening to a further diversified tribal beat.