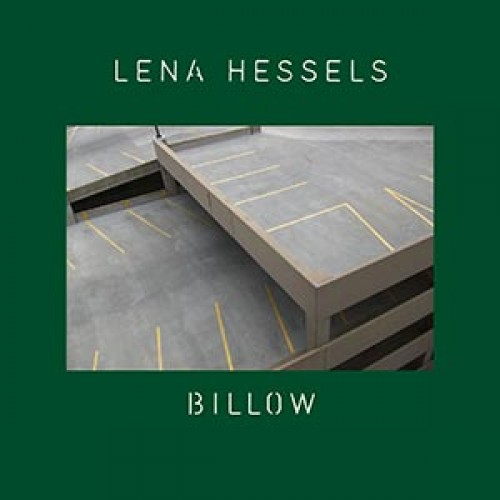 I will get this out of the way now. Lena Hessels is the daughter of Terrie Hessels of The Ex. The reason I mention this is not to initiate some wearisome “discussion” of whether a familial relationship – or budding creative dynasty – has any form of advantage or any reason to be noticed. Rather, knowing both people personally for some time, it’s illuminating to notice how Lena Hessels has embraced all that she’s grown up with and turned it into her first release.

You can hear she has soaked up the life at the famous Ex villa (a place that has seen hundreds of travelling musicians stay over) and is comfortable with openly exploring many of the interests and impulses heard in her father’s music. The more you listen to Billow, the more you hear Lena’s enthusiasm for sonic experiment, coupled with a certain hard hardheadedness in musical decision making and a straightforward, no nonsense enthusiasm. Just like her dad.

The tracks on Billow are powerful, flexible and pretty difficult to second guess, therefore. Eight tracks in 20 minutes also hints at a surefootedness in knowing when a particular sonic story ends. Best of all we get tracks that skip round singer songwriter theme without really indulging in it. She’s tactically very smart. So far, at any rate.

That’s not to say this record heralds anything really new. The remove, the declamation, the wry poetic judgement – as practised by the likes of Kim Gordon, Nico and Patti Smith and local heroes such as Alicia Breton Ferrer from Sweet Release of Death and Gwen Douglas of Space Siren – is as old as the hills. That doesn’t mean it’s not good on here though, and the opener ‘Falling’ is a great opener. ‘Days’ is a killer mood, too; very much in this tradition. At times Hessels even sounds like she’s been listening to The Marble Index (see ‘First’).

The overall feel is that of someone quietly picking away at a set of feelings and examining them slowly and dispassionately in her palm on a summer afternoon.You can hear this in quiet soliloquies such as ‘Standby’. Mood is important, and the suggestiveness of the arrangements is great; such as the small nods to musique concrète (on ‘Sunflowerbby’) and a great end track ‘Go’; the piano smartly keeping the wistful lyrics on the straight and narrow.